The EAA: Past, present, and future 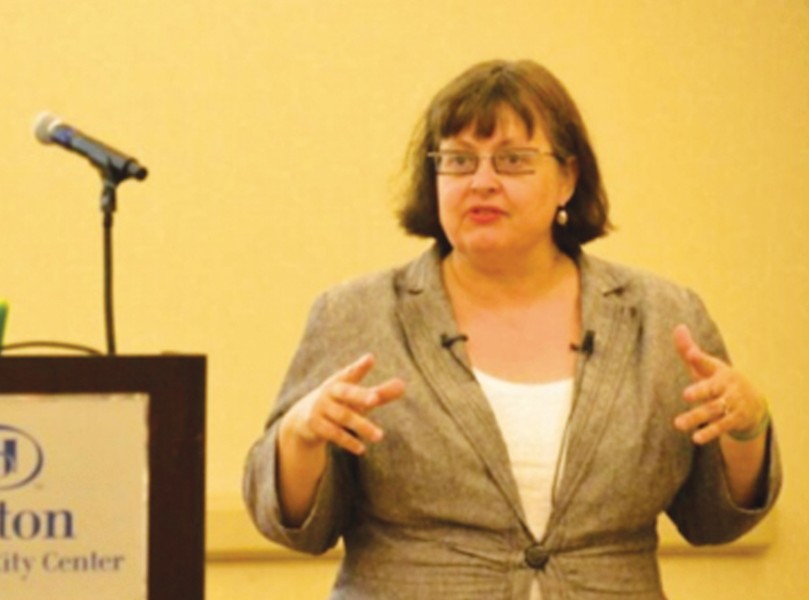 Friday was the last day on the job for Mary Esselman, the district’s deputy chancellor of instructional support and educational accountability. Esselman came to Detroit shortly after John Covington — her boss when she worked for the public schools in Kansas City, Mo. — was hired in the fall of 2011 to be the EAA’s first chancellor.

Esselman played a prominent role in an ACLU of Michigan investigative report published in the Metro Times last year that disclosed emails showing how EAA students were used to help develop and test education software produced for the district by two private-sector companies. The story also showed how Covington and Esselman assisted in attempting to market that software to other school districts.

Esselman declined a request to be interviewed for this story.

Her departure from the EAA was first reported last week by the Detroit Free Press, which noted that Esselman said she is leaving Detroit for an out-of-state nonprofit group that works with children and families in urban areas.

EAA spokesman Mario Morrow was asked if the district’s new chancellor, Veronica Conforme, had any statements regarding Esselman’s resignation.

As for the Buzz educational software that Esselman championed, it remains “under review and evaluation,” according to Morrow.

The EAA was created using a seldom-used state law that allows two units of government to create a third entity. In this case, it was Detroit Public Schools — under the control of then-Emergency Manager Roy Roberts — and the Board of Regents at Eastern Michigan University, who entered into what’s known as an “inter-local agreement” that allowed the EAA to be formed in June 2011. The district opened its doors to about 9,000 children in September 2012.

In December, the EMU board notified EAA officials that the district needs to improve in a number of areas if the EAA is to continue receiving the university’s authorization. The EAA took another substantial hit last month as well when two Michigan State University Education professors released a paper titled “Michigan’s Education Achievement Authority and the Future of Public Education in Detroit: The Challenge of Aligning Policy Design and Policy Goals.”

Among other things, the paper’s authors — Mary L. Mason and David Arsen — reported:

• “The design of the EAA’s public accountability is clearly underdeveloped. The governor appoints a majority of the governing board who serve without terms at the appointer’s pleasure. The EAA board has seen substantial membership turnover and the board’s practices have not closely adhered to the ILA’s [inter-local agreement’s] legal requirements or attained the ILA’s stated goal to promote public oversight, civic participation, and citizen engagement.”

• “Despite plans to expand statewide, the EAA has yet to grow beyond its 15 original Detroit schools. In a clear acknowledgement that all was not well in the EAA, in February 2014 the state Reform District gave notice that it would terminate its Transfer Agreement with the EAA in one year.”

• “Despite the original design with EMU and DPS as partners, DPS effectively has no representation in EAA governance. [Roy] Roberts is not participating [even though he remains a DPS appointee to the board], and although the current DPS emergency manager, Jack Martin, has the authority to remove and appoint board members, he has not done so. This is all the more puzzling given that all of the EAA schools are DPS schools.”

• Transparency and public access are issues that remain unresolved. For example: “Board and executive committee meeting times and locations are frequently changed from the published schedule and minutes are frequently posted late, and sometimes not at all. Though required by the ILA, meeting materials are seldom posted, leaving the public in the dark as to the details of matters discussed. Posting of information has improved over time, but is erratic and still does not reach a level that ‘encourages public oversight, civic participation, and citizen engagement.’”

• “In an era when ‘accountability’ has become a dominant consideration for the evaluation of education policies, the EAA has charted a distinctive course. The accountability provisions of Michigan’s EAA policy are underdeveloped and rest very narrowly on the governor’s actions. The EAA was designed hastily in private meetings so there was no opportunity for the public vetting and refinement that typically takes place during the legislative process. That traditional deliberative process is specifically intended to elicit input from interested parties and experts in order to identify and rectify weak or problematic features of policy proposals. Instead the EAA was conceived in the governor’s office and its authorization was established out of public view through an agreement among the governor’s appointees.”

• Given unresolved conflicts in its objectives and the organization’s implementation problems, the EAA has failed to grow as initially envisioned and its enrollment has declined.” In fact, since the EAA first opened its doors, enrollment has fallen nearly 25 percent, with the current student count totaling about 6,500.

“Veronica Conforme, who recently became chancellor of the EAA, is taking a hard look at what is working and what needs improvement and is not afraid to make changes to ensure that our students have the best possible opportunities,” wrote Morrow when asked to respond to some of the criticism leveled at the EAA.

As for the governor’s response to the paper, deputy press secretary Dave Murray wrote: “The Education Achievement Authority is working with schools that have fallen far short for years. We know that the previous system was absolutely not working for those children and their families and a drastic change was necessary. The EAA’s innovative, student-centered approach is aimed at children who were years behind academically, focusing on their individual needs. There has been progress, and there is much more to do as we work with these children and their families to provide them with an education that will lead to brighter future.”

The paper by Mason and Arsen serves as a sort of cautionary tale as discussion revs up regarding creation of yet another approach to managing Detroit’s public schools.

Since its founding in 2010, the nonprofit group Excellent Schools Detroit has been pushing for the creation of what’s known as a “portfolio district” that would oversee all publicly financed Detroit schools. The Coalition for the Future of Detroit School Children — a committee of more than 30 clergy, business people, civic leaders, and educators — has been formed and is currently meeting with the intent to provide recommendations for a path forward to Gov. Rick Snyder, Detroit Mayor Mike Duggan, and legislators.

“The portfolio district model rests on a metaphor in which district managers are expected to monitor school performance much like investors manage assets in an investment portfolio,” write Mason and Arsen. “The portfolio may consist of a diverse mix of schools (for-profit and nonprofit contract schools, charter schools, or autonomous traditional district schools). District managers are expected to intervene regularly to weed out below-average performing schools and to actively recruit new providers and then hold them accountable for student performance.”

(Last Thursday, the Detroit Public Schools Board of Education unanimously voted to oppose putting DPS under such a system. At this point, with the district still under control of an emergency manager, the vote carries little weight. Although the term of current EM expires this week, it is unclear how much authority the board will have in the near term.)

As for what lies ahead, the report by Mason and Arsen says there are important questions still unaddressed.

“The specific character of a portfolio district is not predetermined, but turns rather on countless features of policy design and implementation,” it reads. “Those choices will determine whether any new educational regime better serves the interests of so many Detroit families who have long endured poverty, segregation, and discrimination.

“How will the new regime assure that Detroit families, like their counterparts in more affluent Michigan communities, can lodge their preferences regarding their neighborhood schools as citizens, not just consumers? How will it promote the professionalism of teaching in Detroit schools, such that it becomes an attractive career choice for talented and committed teachers? How will it make the most of an historic opportunity to promote racial and social class integration in the schools of the nation’s most segregated city?”

Curt Guyette is an investigative reporter for the ACLU of Michigan. His work, which focuses on Michigan’s emergency management law and open government, is funded by a grant from the Ford Foundation. You can find more of his reporting at aclumich.org/democracywatch. Contact him at 313-578-6834 or cguyette@aclumich.org.