The fun and fractured world of Phoebe Bridgers 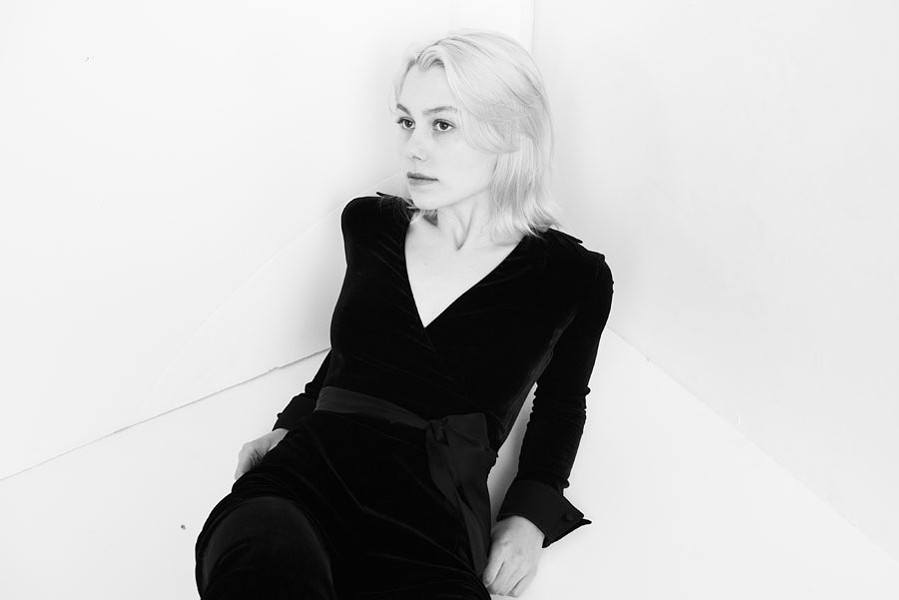 When asked about her favorite place to cry, 23-year-old Phoebe Bridgers does not hesitate to respond. "My car," she says, "mostly because it's got the best sound system."

Such quick candidness is to be expected from Bridgers, whose debut record, 2017's Stranger in the Alps, compiles the vastness of human experience into a self-aware, meandering stream of melancholy. This might explain why the indie overlords of sad, Ryan Adams and Conor Oberst, both took an early interest in the young singer.

"Ryan taught me how not to act on Twitter and Conor taught me not to apologize as much," Bridgers says. "He reminded me that if I didn't think I was good at this then I wouldn't be doing it." This is advice Oberst told Bridgers to remember, she says, when she is talked down to, or when the sound guy is being a dick, or when people ignore her pleas to get her monitor mix just right. "He taught me to remember that I'm the boss and I get to have what I want without having to apologize, which has been so valuable."

The L.A. native admits to wanting to live in a Holiday Inn and suggests that to check in is to check out on the opening track, "Smoke Signals." Bridgers is quick to confess that the song "Motion Sickness" is about someone very specific (cough, cough, Ryan Adams) and that he wasn't super happy about it. "I don't really care," she says. "It's hard when I write something that is super sensitive or something that might hurt someone's feelings. But I don't edit myself."

The most challenging — albeit comforting — element of Bridgers' bare-it-all approach to modern day atmospheric "emo" is that she is mostly unbothered by consequence or perception. In song, she presses her finger into bruises left by the death of childhood friends and meditates on the casual devastation of having loved someone who has been "mean" to her. In conversation, she acknowledges that her confidence is validated by her skill, refuses to fear death like some of her friends, and manages to joke about her Razor scooter skills all in the same breath.

Stranger in the Alps gives Bridgers space to unabashedly detail being stoned while snapping and sending sad nudes on "Demi Moore" and to imagine her future deathbed playlist on "Killer" — a song that is as much about her obsession with Jeffrey Dahmer as it is a love song.

"What freaks me out about Dahmer more than any other serial killer is that he seems curious — like he's studying his own brain," Bridgers explains. "The freakiest part about Dahmer is when he would say relatable stuff. Like, yeah I want to feel closer to people too, but I don't fucking eat them."

The more she reveals about herself, the smaller the gap between Bridgers and the world becomes. She has what she calls "her people" now and is in no way anxious about having sold out most of her headlining tour. In fact, it puts her at ease knowing that the audience is getting what they came for. "I used to feel guilty for playing heavy music," she says. "I don't feel guilty anymore because people are trying to have that experience." Beyond satisfaction, though, Bridgers is getting hip to the fact that singing about death, depression, and heartbreak requires a weighty responsibility that she is learning to navigate.

"I have had people say something really heavy," Bridgers explains. "Things you don't expect another human to say to you in any other context than they listened to your album and it resonated with them during a difficult time."

She also says she's working on how to react. "The one thing I can do is stick as close to my own experience as I possibly can," she says. "But it is special to know that I'm making a difference in someone's life."


Phoebe Bridgers spills the deets behind her debut record

Motion Sickness
“A song I wrote about sleeping with Ryan Adams.”

Funeral
“I wrote it the night before I sang at a funeral.”

Scott Street
“It’s about walking Scott Avenue — I made it a bit more phonetically pleasing. It’s about being sad about a past relationship.”

Killer
“My obsession with serial killers and stalking their Wikipedia pages.”

Chelsea
“A song about how romanticized Sid and Nancy are and how fucked up that is.”

Would You Rather
“My little brother.”

You Missed My Heart
“It’s a Mark Kozelek song. When I saw him live I sobbed and needed to hear it again immediately.”