The GOP's race to the bottom

The truth is that Mitt Romney doesn’t capture any hearts 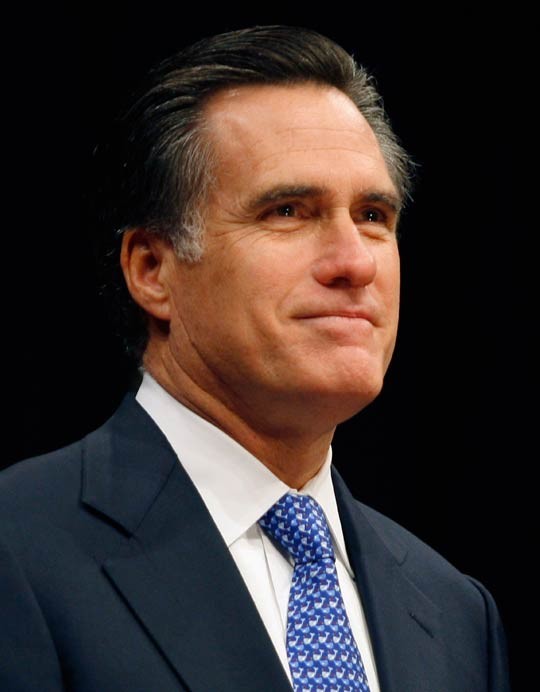 Last week, as you may have gathered from the saturation coverage, the vast array of Republican presidential candidates had what they call a "debate" at Oakland University, right here in the fabulous world of metro Detroit. Aren't we special!

Well, not so much. They've been having these debates ad nauseam, seemingly every other day, all across the nation.

You might think President Obama's best hope for surviving the tough economy lies in having as many people as possible see these jokers posture, preen and poke at each other.

Unfortunately, that would presuppose a rational majority of citizens. That doesn't exist, certainly not in the GOP.

After weeks of sexual harassment stories, Herman Cain, a candidate without any shred of experience or qualifications, still was running first in the polls. (This guy had liver cancer, by the way, five years ago, and was supposed to be dead now. Why doesn't anyone ever ask about that?) Meanwhile, former Speaker of the House Newt Gingrich, a retread from the 1990s, was tied for second with the man who will become the eventual nominee, Mitt Romney.

Yes, you saw that correctly. Willard Mitt Romney, he of the Ken doll looks and the polystyrene heart, will be the GOP presidential nominee, unless he dies or is found in bed with Joe Paterno.

What you are seeing now is a form of Kabuki theater. The various candidates bob and weave, slide up in the polls, slide down, and take turns being flavor of the month. Michele Bachmann! Rick Perry! Newt! Everybody gets a magazine cover, and brief frisson of front-runnership, before the next monkey slides down the pole.

But everybody who knows the game knows they are going to nominate Mitt. Here's how it works: Republicans always nominate the guy who was the runner-up at the last nomination dance.

This has gone on for half a century. Want proof? When Richard Nixon was nominated in 1960, the only other candidate to get delegate votes was Barry Goldwater ... who got it the next time. Michigan's own Jerry Ford barely edged out Ronald Reagan in 1976.

Four years later, it was Reagan's turn, after he beat out the first George Bush. Eight years later, Bush beat out Bob Dole, and then Dole won the next nomination without a serious challenger.

Left without an obvious runner-up, Republicans, not a group heavy on imagination, turned to some Son of a Bush in 2000.

He won by beating out "Crash" John McCain, who got his shot four years ago. Who did he beat for that nomination?

Now, I know that chronology sounds an awful lot like all the "begats" in the Bible. But there is a little bit more than dynastic succession to it. For one thing, the first time anyone runs a national campaign, they are bound to make mistakes.

Mitt Romney's first effort was as plastic and packaged as they get, but he still let slip the fact that he used to put his dog in a cage on top of the car when they traveled, till he saw the terrified animal's pee cascading down the windshield. He thought that was funny.

Dog lovers let him know otherwise. First campaigns also tend to shake out those hiding scandals, or who are too stupid for the taste of even those Tea Party members who happen to be literate.

When Rick Perry announced at OU that he intended to abolish three cabinet-level departments and then was able to name only two, he was, effectively, Texas toast, fit to be served up with a heapin' helping of gristle at the local Ponderosa steakhouse.

True, Romney is a Mormon, and there are those in the Bible Belt, GOP voters all, who mutter darkly that Mormonism is a satanic cult. Not to worry; they would hold their nose and vote for — Ted Bundy, Dick Morris, anyone — against that communistic Kenyan-born, Muslim, America-hating negro in the White House.

The only thing that might give anyone pause about the inevitability of Romney's nomination is that, well, nobody loves him.

Members of his own party tolerate him. They can pretend to respect him for short periods of time. More and more conclude every day that he is their best shot at winning the election. Romney looks good, and is filthy rich, meaning he can help fund his campaign.

But nobody really loves him. He doesn't capture their hearts the way Ronald Reagan did. Still, they'll buy him, reluctantly.

They think he looks presidential, talks a good game, and will seem moderate enough to snare the independents. They think with unemployment so high, the odds will favor any challenger who doesn't look completely loopy.

Yet will Romney really win, next November?

Nobody yet has any idea.

Nobody knows what will happen when it comes down to only two choices. Nobody knows whether we will decide out of hope or fear. Whether we pick based on our dreams or our dislikes.

What I suggest is that we wait around to find out.

After all, that beats any alternative I can come up with.

Sanity and the Joe Paterno Scandal: Most of the airwaves lately have been saturated with the newest World's Most Important Story, the football scandal that led to the firing of Joe Paterno, who had coached Penn State since about 1791.

According to a grand jury report, back in 2002 a graduate assistant saw Jerry Sandusky, a then-retired coach emeritus, raping a little boy in the shower. The graduate assistant supposedly told Paterno, who told his superiors, and then evidently forgot about it.

And nothing ever happened. Well, not quite; they took Sandusky's keys to the locker room away, and told him not to bring any more little boys on campus. After all, who would want to turn against a retired assistant coach for occasionally tearing a kid's anus apart?

The children all seem to have been from poor and disadvantaged families anyway. Eventually the whistle was blown, and there was enough sanity on the Penn State board to realize Paterno and the faceless school president needed to be fired on the spot. I've read about as much analysis of all this as I can stand, but the most sensible thing I've heard about it came from one of my students, a young Mexican-American woman.

Liliana Medina, who has three little girls of her own, said, "Why didn't whoever saw this guy just kill him? I mean, maybe not kill him but attack him, beat him up, do anything to save that little boy?"

"And why didn't Paterno call the police?" Legitimate question, if you assume sports types are decent human beings. But poor Lily is too naïve to realize that "amateur" college sports is, in fact, big business, and to understand the nature of good American values.

I wish she were old enough to be president instead.