One in seven Americans between the ages of 16 and 24 who are neither working nor enrolled in school. 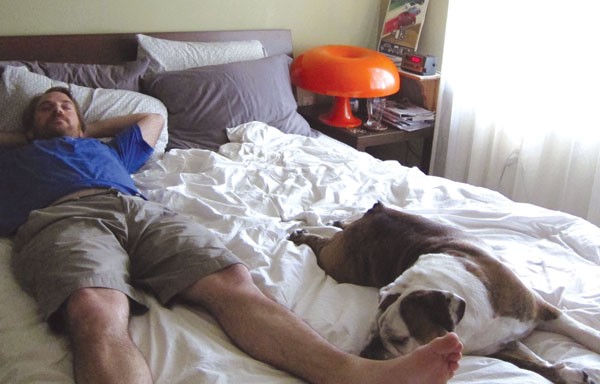 With housing prices and job numbers rising, many commentators have begun to talk about the “recovery,” with the “crisis” relegated to the past. But the crisis remains for our nation’s 5.8 million “disconnected youth” — the one in seven Americans between the ages of 16 and 24 who are neither working nor enrolled in school.

This large swath of America, according to new research by the Social Science Research Council’s Measure of America project, whose numbers were stable for a decade, surged by 800,000 after the Great Recession and includes not only children from poor and minority families, but significant numbers of white, middle-class youth as well.

The consequences are dire for these young Americans. They’re not only more likely to have a hard time in the job market, but researchers have found that disconnection has scarring effects on health and happiness that endure throughout a lifetime. Unemployed, uneducated youth are at greater risk for criminality and incarceration, and they often go on to become unreliable spouses and improvident parents.

The costs to society are also considerable. The direct support expenses and lost tax revenues associated with disengaged young people cost U.S. taxpayers $93 billion in 2011 alone — a bill that will only compound as the years progress.

But youth disconnection differs substantially across the country. The table below, based on data from the Measure of America report, shows the shares of disconnected youth for America’s 25 largest metro areas.

Eight of the 10 areas with the highest levels of disconnected youth are in the Sun Belt, including Charlotte, Atlanta, Tampa, Phoenix and Riverside-San Bernardino in southern California. These cities’ economies were focused on suburban sprawl and thus were especially hard hit by the housing collapse. But that isn’t the only, or even the biggest, reason for their high levels of youth disconnection.

There is a close connection between youth disconnection and education levels or human capital, according to the study. Sun Belt metro areas have fewer highly educated adults and have tended, historically, to attract people with lower levels of education. In contrast, the metro areas with the highest percentage of college-educated adults — places like Boston, Washington, D.C., Denver, and San Francisco — have smaller shares of disconnected youth.

This positive association between low human capital and youth disconnection stems from several mechanisms. Adults with college degrees are better able to contribute to their children’s success.

Parents with high human capital exert indirect effects on their local economies, too. Because degree holders earn more, they tend to spend more in stores, restaurants and other businesses, and thus support entry-level jobs in the local community.

Youth disconnection varies considerably by race and ethnicity, according to the report. Overall, African-American youths are roughly twice as likely to be disconnected than whites, with Latinos somewhere in the middle. Asian-Americans are the least disconnected.

The geographic variation in youth disconnection rates is associated with a range of factors, according to the report, including the levels of unemployment and poverty experienced by adults and the degree to which poorer neighborhoods are isolated from key institutions of mainstream society. Again, human capital or education levels play a key role.

Take Seattle and Boston, for example. Both are hotbeds of innovative industries and magnets for talent. Both have relatively low unemployment rates — Seattle is at 5.8 percent, Boston at 6.6 percent (the national rate is 7.4 percent). Both have relatively modest-sized black populations — Boston’s is 7.4 percent and Seattle’s is 6.8 percent, versus a national average of 13.1 percent. But Seattle’s overall youth disconnect rate is nearly 4 percentage points higher than Boston’s, and its disconnect rate for blacks is 7 points higher.

Though it holds its youth to some of the nation’s toughest education standards, Massachusetts does a better job of keeping its students from dropping out of high school than Washington state does.

According to Measure of America co-directors Sarah Burd-Sharps and Kristen Lewis, greater Boston has one of the nation’s highest rates of school enrollment — 81.4 percent — for the population ages 3 to 24. Seattle’s school enrollment for that group is just 75.5 percent, almost 6 percentage points lower.

The gap is even larger if we look at just the African-American populations in the two metro areas: 83.4 percent of African-American children and young adults are enrolled in school in Boston, compared to 69.2 percent in Seattle.

What can be done? One strategy that offers considerable payback is early childhood education. Creating better entry-level jobs is also important. For that, we need to upgrade low-skill, low-wage service work. The fastest-growing job categories — and the jobs that are the most available to young people, especially those with limited education — are low-pay, low-skill service jobs, in food preparation, retail sales and the like.

Those jobs can be made better — not just by mandating higher minimum wages, but by harnessing the creativity, knowledge and initiative of workers to boost productivity, and hence wages.

We also need policies that are directly targeted at youth entering the job market. The more marketable skills young people have and the more practical experience they have accumulated in actual workplaces, the better their chances of finding and keeping work over the long term.

That’s an initiative that would benefit all workers, not just young ones — and their employers as well.