The RNC vs. the filthy gay cabal 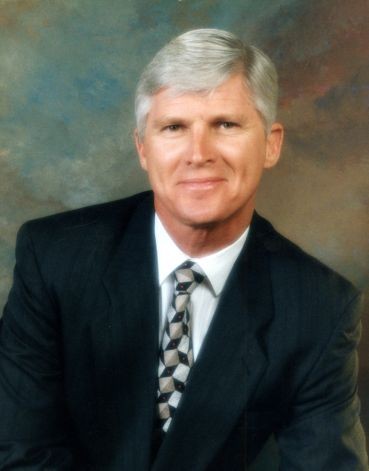 Were you aware that Michigan’s man on the Republican National Committee believes gay people live a “filthy lifestyle” so depraved that many have hundreds of partners, and almost four-fifths of them have sexually transmitted diseases?

Even worse, they have a secret “homosexual agenda,” which is “to get the public to affirm their filthy lifestyle.”

Filthy it is too. Half of them are full of intestinal parasites, they die at a median age of 42, and they commit half the murders in our large cities. Don’t worry that they are about to become extinct, however: “Because homosexuals can’t reproduce naturally, they resort to recruiting children. Homosexuals can be heard chanting ’10 percent is not enough, recruit, recruit, recruit,’ in their homosexual parades.”

There’s a lot more, but that’s enough — for a start. I’ve just taken you on a brief tour of the mind of one Dave Agema, who for years was the worst member of the Michigan Legislature.

Actually, I first became aware of his sorry existence back in 2007, when a legislative deadlock over the budget resulted in a temporary government shutdown. As both parties struggled to get the votes to pass the budget, Cockpit Dave was nowhere to be found. He was, instead, off hunting sheep in Siberia.

At the time, I felt this was appalling, and said so. What was even more appalling was that he eventually came back, and spent six years making it clear he hated workers and unions.

When police tear-gassed protesters last December, Agema gleefully posted on Facebook “I rather enjoy this,” and said it reminded him of being in the military.

Term limits pushed him out in January.

Both parties have occasionally sent raving assholes to the legislature, and the time-honored procedure has been to endure ’em until they are gone, and then try to forget them as fast as possible. But that was another era.

This time, state GOP leaders gave Dave a promotion. When his term was up, they made him Republican National Committeeman, a position from which he could do his best to embarrass Michigan before the world.

True to form, Agema wasted no time. While the U.S. Supreme Court was debating the constitutionality of marriage last week, Cockpit Dave posted a bizarre, hate-filled article on Facebook: “Everyone Should Know These Statistics on Homosexuals,” which was supposedly written by “Frank Joseph MD,” though nobody seems to know anything about him.

The quotes at the start of this column are all from that article. There’s a lot more really sick stuff I could have cited, but I worry that you, dear reader, may wish to eat sometime today.

Suffice it to say that “Frank Joseph” seems to have a considerable obsession with people’s intestinal tracts.

This started an immediate outcry — some of it from Republicans, who, even if they aren’t sympathetic to diversity, would one day like to start winning national elections again; and are dimly aware that alienating and dehumanizing another large group of people, many of whom have supportive friends and family, may not be the best way to do it.

Within hours, dozens of GOP precinct delegates and other Republicans, especially those on college campuses, called on Agema to resign. He contemptuously declined.

“These are facts derived from several studies,” he said, making one wonder if he had really understood the article. “The trouble is, that many don’t like the facts.”

Later, however, even those not especially friendly to gays had to admit that many of the article’s “facts” were nonsense.

After all, if half the slayings in Detroit are really being committed by bitter, self-hating fags, then we’ve got one hell of a lot more mean mutha-fuckin queers out there than we even knew.

The next day, Agema attempted to weasel past all this by saying that his enemies “have chose to take the words of someone else and cast them as my own.”

Doesn’t wash, flyboy: You posted them, thereby endorsing those hate-filled words. Someone else wrote Mein Kampf too. How come you don’t stick that on your site?

Nothing will happen to him for doing this, except that he has started to become nationally prominent. Increasingly, people like this are no longer being hidden in a closet. They go on CNN. They are, increasingly, the face of the Republican Party today. We forget that at our peril.

Killing us, not softly: Last year, the yahoos in the Legislature took time off from screwing the poor to pass a law ending the requirement that motorcycle riders wear helmets.

Those who knew the numbers said then that it would result in more deaths and, worse, more brain-injured people, who the rest of us would have to pay to maintain forever.

Previous governors had vetoed no-helmet laws, but Ricky “free-enterprise” Snyder happily signed it. Well, the first numbers are now coming in, and more people are dying.

Rachel Titus, a spokesperson for Butterworth Hospital in Grand Rapids, told the Gongwer News Service that in the seven months before the helmet law, the meat wagons brought in three dead motorcycle riders who hadn’t been wearing helmets.

In a seven-month period after the helmet law, 10 out of 13 motorcycle “arrival fatalities” weren’t wearing helmets.

“This is very significant as it is only one year’s time after the repeal,” Ms. Titus told the Gongwer News Service last week. “This is found to be statistically significant,” she added.

The news gets worse. Survivors who came in without helmets spent more time on breathing machines and racked up about $11,000 more a year in costs per hospital stay.

That’s from just one hospital and within a few months of the law’s repeal. God knows what long-term care charges will be passed along to hike our insurance costs. Over the next few years, the governor’s signature on that bill will cost many lives and — for all of us — millions of dollars.

Political brilliance: You may not have noticed but one of the first things Detroit Emergency Manager Kevyn Orr did was announce that he would keep paying the salaries of Detroit’s elected mayor and city councilmembers.

Most emergency managers haven’t done that. But why, if the city is in such terrible financial straits, is Orr doing this? Simply put, because he, or someone advising him, is very, very smart. Their salaries and benefits probably add up to $1.5 million a year, a little more if they get to keep all their perks.

That’s parking meter change when you’ve got a $15 billion problem. Orr could, of course, change his mind at any time. But by keeping the elected government paid, he is likely to mute their criticism, if not actually buying their cooperation.

Plus, it makes it appear less like democracy is being totally overthrown. This may sound Machivellian, but may also make sense. If Detroit has any hope of avoiding bankruptcy, Orr needs as much cooperation as possible.

The last thing the city now needs is — as Lyndon Johnson used to say — more people outside the tent, pissing in.