The Senator and Sugar Man

Universal Songs with Detroit at Their Core 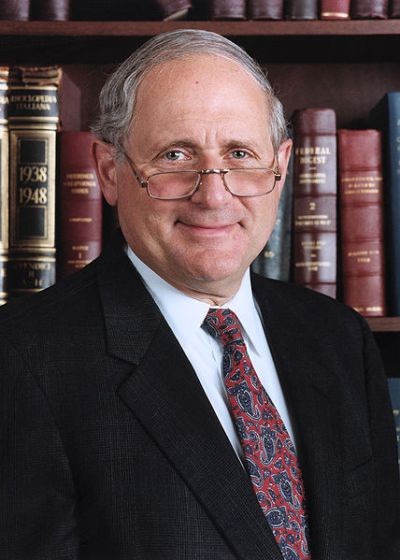 Three years ago, I needed to do long interviews with two prominent people: University of Michigan President Mary Sue Coleman and U.S. Sen. Carl Levin, both of whom I knew.

Setting up an interview with Coleman took weeks or months, was conducted in her office, and while friendly and candid, had a bit of the feel of a papal audience about it.

When I called Levin’s office, they said, “Oh, yes. He’ll be in town next weekend. Could you meet him for breakfast?” We got together at the International House of Pancakes on Jefferson.

He came alone, driving himself in a modest car without any assistants in tow. For an hour or so he candidly talked about whatever I was interested in. Afterward, he drove off to Dearborn, where some residents were voting in the Iraqi elections. A few months later, I was in a supermarket in Royal Oak on Father’s Day, waiting for a man in wrinkled dungarees to finish inspecting the rotisserie chickens.

When he turned around, I looked at him and said. “Hello, Senator Levin.” He went through the checkout line ahead of me, and I told the cashier, “Did you know that man is one of the most powerful men in Congress?” She looked at me blankly.

Well, she may see him more after the next two years. Last week, Carl Levin, chair of the powerful Senate Armed Services Committee, announced that he wouldn’t seek another term next year.

That was as classy an act as the man himself. Had he run, he would have been re-elected easily, even though he’d be 80 years old before the voting. The Republicans would have put some term-limited state senator on the ballot.

He knew he would have been 86 before his term ended. There are men that age who are still completely vigorous, but not many. Michigan has congressmen now in their 80s, most a shadow of their former selves, to put it kindly.

The way Levin put it, he wants to spend the next couple years working on the problems facing the military, the state and the nation without the “distraction” of campaigning.

There’s no doubt some truth in that. There’s also little doubt that not running was the right decision, though his leaving the Senate will be a tremendous loss.

Most Michigan adults can’t remember a time when Carl Levin wasn’t in the Senate. He was first elected in 1978, beating a conservative Republican incumbent, Robert Griffin, who had vacillated over whether to run for re-election.

Six years later, Levin had to battle hard for re-election in the year of the Reagan landslide. He won by running 400,000 votes ahead of his party’s presidential ticket, and never had a serious threat since. Few cared much about his politics.

That’s because over one-third of a century, there has never been the slightest hint of any scandal, personal or professional.

There were those who said his main concern wasn’t Michigan, but national issues, and I myself criticized him for that in this column, nearly 20 years ago. But I was largely wrong.

No, Levin didn’t spend his time trying to get the latest pork-barrel spending project for Mount Clemens or Kalkaska. Maybe, given that Michigan is now a poor state, you can argue that he should have done a little more of that, especially perhaps because Michigan still sends more to Washington in tax dollars than it gets back in spending.

But Levin did things that were far more important for us in this state and in this nation. For one thing, he fought hard for the interests of manufacturing in this region.

Even the hard-right editorial page of the Detroit News gave him credit for “standing firm for the domestic automobile industry and its workers,” and added that the bailout that saved the industry — and saved Michigan from Great Depression II — might not have made it through Congress without Carl Levin.

Anyone concerned about their rights and civil liberties ought to be grateful to Levin for being the driving force behind the Whistleblower Protection Act of 1989, which is supposed to protect workers who report bosses who break the law.

Carl Levin will still be on the job for almost two years. Let’s hope he comes back to Michigan and gets involved somehow. U.S. District Judge Avern Cohn is still on the bench at age 88, as sound and alert and pugnacious as ever.

The talking heads are now yammering about who will take Levin’s seat in the Senate in January 2015. Democrats are probably most likely to nominate U.S. Rep. Gary Peters, a competent and cautious career politician with a decent voting record. Republicans will likely choose either an establishment figure like U.S. Rep. Mike Rogers from the Lansing area, or Terri Lynn Land, the former secretary of state.

They might, however, nominate Justin Amash, the 32-year-old Tea Party darling from the Grand Rapids area.

Tens of millions will be spent on the race, and in the end, one of these birds will probably succeed Levin. But they won’t replace him. No one could replace him.

We’ll have instead a freshman senator with small political stature and no seniority. For a while, at least, our now-poor state will be just a little bit poorer.

The mayor hides the crime rate

Public gets irate but forgot the vote date …

And you tell me this is where it’s at.

Rodriguez, “This is not a song, it’s an outburst.”

By now just about everyone has seen the Oscar-winning documentary Searching for Sugar Man, about the amazing and forgotten singer from Detroit who never had a clue that his music had helped overthrow apartheid in South Africa.

While others made millions from his records, and his songs made history, he was doing dirty manual labor and living in what appears to be a ramshackle house in the slums.

Well, if you haven’t seen that movie, see it the minute you can. Then immediately buy both his albums, Cold Fact and Coming From Reality, and listen to and read the lyrics.

The above sample, by the way, is about Detroit today. Except Sixto Rodriguez wrote that song in 1969, the year Carl Levin first got elected to Detroit City Council.

Nineteen goddamn sixty-nine! That’s not even his best song. This guy is as good, or better, a writer than the early Bob Dylan and Leonard Cohen were, and has a vastly better voice.

After hearing it, I cannot believe that “I Wonder” was not a number one song that we know today as well as we know “Blowin’ in the Wind,” or any of the great Beatles standards.

The songs are universal and, at the same time, Detroit to their core. That he was forgotten here for so long proves the utter dismaying truth of that line from the old Paul Simon tune, “The music suffers, baby. The music business thrives.”