'The Simpsons' founding writer Al Jean on his Detroit roots 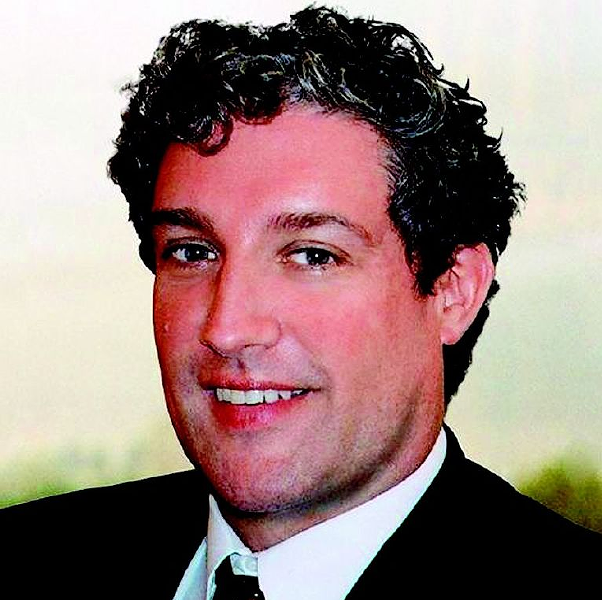 You might remember the name Al Jean from such credits as National Lampoon magazine, It's Garry Shandling's Show, and The Tonight Show with Johnny Carson.

But what Jean's best known for is as a writer and producer of the legendary animated television show The Simpsons.

Jean might've spent the last 30 years in Los Angeles, but his Detroit roots run deep, and have given him a perspective and sense of humor people all over the world enjoy.

Jean grew up in Farmington Hills in the '60s and '70s. His aunt still runs Jean's Hardware, on 12 Mile Road, and he's got close family in the area.

"As someone who grew up in Detroit, my whole life people are saying Detroit is coming back," he chuckles over the phone when we ask what he thinks of Detroit. "That sort of thing helps you get a sense of humor about the place. Michiganders have a great, dry sense of humor.

"That would be so great," if the city comes back, he continues. "I would be crying tears of joy. There are so many wonderful things there. The Midwestern spirit is gentle and sweet.

"I grew up around 12 Mile Road, and it was certainly a childhood depicted on The Simpsons, as the show is so universally relatable. Wherever the writer is from, we all have the common experience of going to 7-Eleven, taking the bus to school."

These days, he says he does "miss particularly the fall weather. People say, 'Do you miss winter?' I don't miss February. I miss the places I grew up, the things I used to do. It's just so beautiful when I go back."

When he talks about growing up, "I was a real math nerd," he says, laughing. "I went to a math program [in] Chicago and that helped get me into Harvard, and then while I was there, my roommate was on the Harvard Lampoon magazine."

The math nerd says he "never would've dreamed of in a million years" he'd grow up to work in television, let alone on the longest-running scripted series in history. "I grew up loving the Mary Tyler Moore Show," he says. "When you're little, you don't realize [television shows] have writers."

His first job out of college was at National Lampoon magazine. "After my junior year, the first guys I knew well went to work in television — Tom Gammill and Max Pross. My whole career, I took jobs they turned down," he laughs — jobs like The Simpsons, which they turned down to do Seinfeld.

Jean stresses that the experience of The Simpsons is one that every American can relate to — the tire fire, the garbage incinerator; it's all part of Americana, though it's easy to look at the city's incinerator and think we're alone with that problem. Still, if you watch the show closely, you can't help but notice references to Soupy Sales or Gordie Howe.

And Jean does in fact slip in Detroit-specific references, such as the time Homer yells what so many in metro Detroit have thought at least once: "Go back to Grosse Pointe!"

Then there was the time the evil Ned Flanders was a Lions fan. And the time Moe insists that "if it moves you can bet on it," to which Bart asks, "What about the Detroit Lions?" Moe replies, "Now lay offa Detroit. Them people's living in Mad Max times."

And then there is the classic line, "Another family leaves Springfield for a better life in Detroit."

We ask Jean if he'll leave Los Angeles and come back to Detroit. "I don't want to retire," he says. "It's a little tricky now, because I've lived in L.A. for 30 years. You stand where you're established. I have a watch that my wife bought for me; it's a Shinola watch." Jean also comments on the movie Detropia, "where they had talked about industry and artists, and people coming to rent downtown apartments. I wondered, if something like that can replace such an enormous loss ... It's so strange. Unlike a lot of great American cities, [Detroit] got enormous and then shrank in a very short amount of time.

"I think it's one of the most wonderful places in the world, and that it has such a great spirit. People are so smart there, with U of M and Michigan State. It does make you very hopeful. But then, why did they sell the Silverdome for only half a million dollars? It's a typical Detroit mystery."

We ask Jean if he remembers the conflicts in the city in the late '60s. "What I remember, when I became aware, was that it was something that was clearly in everyone's memory but mine. I remember when King was shot. Whatever happened in Detroit that day was much less."

And finally, as we share our own memories and joy of Detroit, Jean tells us how he went to his first Tigers game in 1968. "When I see a Tigers hat, there's a little tug at my heart: that's where I'm from," he says, his voice full of nostalgia. "That's where I'll always be from."