The sorrow and the city 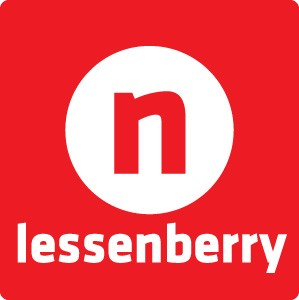 The night before Mayor Dave Bing gave his latest, and possibly last, state of the city speech, I went out to dinner with one of Detroit’s homegrown cultural icons, John King.

King, an authentic natural eccentric, is the founder, creator, president and occasional janitor at John K. King Books, the main branch of which inhabits a giant blue building at the corner of Lafayette Boulevard and the Lodge. In the Internet age, it defiantly asserts that the printed book isn’t going quietly.

Housewives and retirees come here to find something to read. People come from across the nation to look for treasures, artifacts and autographs, many of which he keeps in a second, exquisitely fascinating building, guarded constantly by two Maltese terriers and a ferocious blue-and-white parakeet.

Besides providing literary Detroit with some class, King also does his bit to provide a few of those who live in the city with employment. He doesn’t hire experts who have studied the rare book business in graduate school. He hires local folks, some of whom have been homeless. (He once hired a hooker, in an apparent attempt at rehabilitation, but there’s general agreement, especially among the women employees, that this move was a mistake, for some not very complex reasons.)

He hires people and trains them and has created something special, down the street from two newspapers that have just announced that they plan to abandon their magnificent and historic Albert Kahn building soon, rather than keep it up.

King, who looks sort of like a 63-year-old General George Armstrong Custer might have if he’d avoided Little Big Horn, also has a satellite store on the fringe of Wayne State’s campus and another in the semi-fashionable part of Ferndale.

He’s lived in the city all his life. King has resisted temptation and probably lost money by not clearing the hell out years ago. Not that the city makes it easy to live there.

A few years ago, he built a magnificent little apartment for himself and the lovely Janelle, atop one of his buildings.

When he went to sign up for cable TV in his bedroom, Detroit said, well, you’re a business. You have to pay $3,000. King argued for a while, then told them screw it and put in a satellite dish. He’s put up with robberies and thieves and cops who don’t come for hours after he calls.

Then, finally, what might be the last straw blew into his mail in December. The city sent him a letter saying “our billing system has not billed correctly on your account for fire-line charges.”

They’d been charging him $12.90 a month for connection to a water line dedicated to dousing fires. The new rate: $255.44. After his initial shock, King swallowed hard, and said, OK. He’d pay it. He did.

Then the city sent him a bill for $13,661.64 for back charges they suddenly discovered he “owes.” So far, he says he’s failed to reach anybody to talk to him about this.

“I wish I could just get him to move to San Francisco,” Janelle told me over dinner at La Terraza, a tiny but wonderful Mexican restaurant on a side street deep in southwest Detroit.

While he drove to it on Fort Street, I started tallying up the ruins of abandoned and collapsed factories and warehouses. I lost count after the first couple dozen. “East Berlin,” King said.

That’s right; circa 1950. Except Berlin now has been rebuilt. The next night, remembering our ruins, I heard Mayor Bing tell us, “The picture is not all doom and gloom. Every day there are more signs of hope and possibilities.”

Not on that stretch of Fort Street, mayor. Not on many streets and in many neighborhoods away from fashionable Midtown. As I listened to the state of the city speech, it gradually dawned on me what Bing was really saying.

This was the report of a good and decent man who tried to tackle a mess too big for anyone to solve. “There have not been any payless paydays, no emergency manager to date,” he said.

Both are likely coming. There will be lots of “right-sizing,” meaning old people losing their pensions, and then probably a not-very-cushioned bankruptcy, and all that entails.

Then, at some point, the city, like General Motors, will be released from higher government control, to start over without debts. Except with a difference: At the end of their bankruptcy sagas, General Motors and Chrysler had products to sell.

What will Detroit have that people will buy?

What will Detroit have that will make middle-class families move to the city, refresh it and start anew?

Let’s hope we are all happily surprised.

Let’s all try not to be stupid: Ground control to Major Tom. Michigan’s roads are falling apart, faster every day. This is because succeeding generations of politicians have failed to do anything about them, because that would cost money.

Gov. Rick Snyder, whatever else you say about him, knows we have to fix the roads, immediately, or Michigan soon will be even more of a jobless backwater than it is now.

He’s proposing to raise $1.2 billion a year — the minimum needed just to fix the roads we already have — by raising the gas tax 14 cents a gallon (19 cents for diesel) and increasing registration fees by an average of 60 percent for cars and light trucks; and a certainly too-low 25 percent for heavy trucks.

You would think this is one tax increase that everyone would instantly see the need for, or at least everyone who has ever left his or her house and driven somewhere.

But you’d be wrong. Nobody expects much intelligence or common sense out of the Legislature, but the ruling Republicans are proving even more stupid than usual. Some are howling “no tax increases ever,” and saying we can use money the state now has in its budget to fix the roads. Well, yes, we could do that, if we closed most of the state prisons and put all those murdering felons back on the street. That makes a lot of sense.

Otherwise, the money just isn’t there. Senate Majority Leader Randy Richardville (R-Monroe), who sometimes plays at being a moderate, so far is the champion moron on this issue; after proclaiming that the governor’s proposal was a “nonstarter,” he mumbled to a reporter that maybe they should tax electric cars and alternative fuels instead to pay for the roads.

Yet a number of Democrats and liberals have been saying pretty stupid things themselves, yowling that they don’t want to pay so that the governor’s rich friends can have nice roads.

“Raising car registration fees is regressive! We have to block these taxes now!” they say. Well, yes. They are a little regressive, though one presumes you pay much more to get license plates for a Bentley than for a Ford Focus.

But do you think this governor and this Legislature are suddenly going to agree to redistribute income? Reality check: Poor people suffer more than rich ones from bad roads.

Let’s say a giant pothole breaks an axle on your car, and also on one of the luxury vehicles Dan Gilbert tools around in: Who is going to have a harder time paying to fix their car?

Duh … that would be you. In this case, letting the perfect sabotage the good would be about as stupid a thing as we could do, since every year, the cost of fixing our roads gets worse.

Here’s a news flash: Life is not fair. Getting through it takes negotiation, compromise, and most of all, grown-ups.