The State of Weed in America 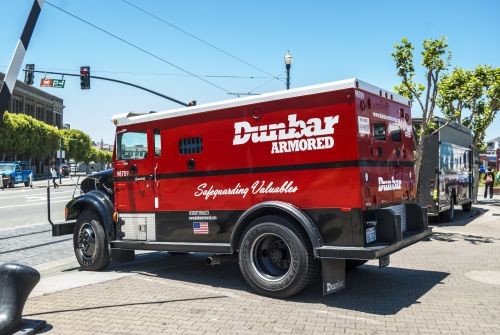 The past couple of weeks have been a very strange trip for Michiganders engaged with marijuana rights. It started with Dr. Sanjay Gupta posting an apology for his past opposition to medical marijuana on the CNN webpage. Titled “Why I changed my mind on weed,” Gupta wrote that he had “mistakenly believed the Drug Enforcement Agency listed marijuana as a Schedule 1 substance because of sound scientific proof.”

Gupta followed that up with an hour-long CNN special titled Weed, in which he explored the scientific and anecdotal evidence showing that medical marijuana was real and effective. The most startling example was that of a 5-year-old girl who suffered from a form of epilepsy that gave her 300 life-threatening seizures each week.

After her parents — at their wits’ end when no therapies helped — administered a CBD-rich strain of cannabis to her, the seizures dropped to two or three per month. The child, whose development was delayed due to the seizures, is now walking, talking and riding a bicycle.

That was a pretty good moment. Gupta, the man President Obama nearly named surgeon general of the United States in 2008, was throwing his weight behind medical marijuana.

But it got better. The day after Gupta’s special, U.S. Attorney General Eric Holder gave a speech to the American Bar Association where he announced the federal government would no longer pursue mandatory minimum sentences for low-level, nonviolent drug offenders.

“Too many Americans go to too many prisons for far too long, and for no truly good law enforcement reason,” Holder said.

It wasn’t coming out in support of decriminalization, but it was a step in the right direction and it addresses one of the many arguments against drug prohibition: We incarcerate more people than anywhere else in the world and spend a whole lot of money doing it.

Then, just a couple of days later, CNN’s Piers Morgan hosted another special, Gone to Pot, in which he entertained arguments from both sides of the marijuana issue. It had more of a journalistic balance and it gave pro-pot activists — who don’t get heard very often — equal footing in the argument. Included among Morgan’s guests were four “pot moms” who claimed they were better mothers because they used marijuana.

All of this — in a matter of just a few days — seemed like it could be a PR precursor for some kind of federal softening of marijuana prohibition in the not-too-distant future. In the midst of all this, a federal judge ruled New York City’s controversial stop-and-frisk policy, which clearly targeted racial minorities for low-level drug and gun possession, unconstitutional.

It looked like the changes were a-coming and they were coming fast — on a national level. It seemed fitting that Seattle’s annual Hempfest was getting ready to kick off for the first time in a state that had legalized marijuana. In fact, there are reports out of Washington state and Colorado that the feds have not told them not to proceed with legalization provisions in those states. Colorado state Sen. Pat Steadman told Talking Points Memo, a Web-based news publication, they had “tacit approval” to proceed. Things were looking good.

Then I looked at the local scene and the story was anything but positive. Over the past few weeks, three area marijuana dispensaries have been raided. People’s Choice in Ann Arbor stood out among them because it’s located in what has long been a progressive marijuana community.

The raids, reportedly executed by federal agents, were serving state warrants with the aid of local police officers. The other locations are the Shop in Ypsilanti and Bazonzoes in Walled Lake. There is no obvious connection between any of the establishments.

Special Agent Rich Isaacson of the DEA field office in Detroit confirmed to the media that the raids took place, but made no other comments. So far, it’s unclear whether any arrests were made or charges filed. Everyone from those facilities is lying low and the police aren’t talking.

The fact that these are DEA raids based on state warrants seemed strange to me. I figured if the DEA is involved there would be federal warrants. None of these places seems big enough to be on the federal radar — nothing like the big California establishments that have been raided.

Then I figured since they were state warrants, the state had pushed the feds to hit these places. I called attorney Matt Abel of Cannabis Counsel to see what he thought. Abel had just returned from Hempfest and didn’t know much about the raids, but he did discuss how this federal-state thing can work.

“State police or sheriff’s departments sometimes loan people to the DEA,” says Abel, explaining that they get sworn in temporarily. “That could be what’s going on. They can say they are DEA but they aren’t really. I bet you their badges are probably state badges. If the feds do a raid, they won’t take a bunch of local cops with them. They take one. Federal raids tend to be almost all federal agents and these seem to be the reverse of that” with almost all local police and one federal agent.

If Abel is correct, then these are not really federal raids. They are more likely state raids, with a veneer of federal authority to help scare people. In the case of the Shop, it was reported that there was one officer wearing a DEA shirt. Ann Arbor and Ypsilanti are both marijuana-tolerant communities, in a tolerant county. I doubt they invited anyone in.

This smacks of state level meddling. State Attorney General Bill Schuette has been less vocal lately in his war against medical marijuana, but it seems he’s conducting it as aggressively as ever.

Schuette has always couched his attempts to control medical marijuana in Michigan with vague threats based on federal law. He once said that a police officer that returns confiscated state-legal medical marijuana to a patient could be subject to federal charges of delivering a controlled substance. These recent raids smell like they originated somewhere in the AG’s operation.

These are the paroxysms of policy in flux. An unevenness of how things are perceived and enforced as the pushing and shoving goes on. As public opinion evolves, and we move closer to ending marijuana prohibition, there will be ebbs and flows.

The tide of public opinion has moved strongly and steadily in support of legalization of marijuana over the past 20 years, and a majority of Americans now support it. However, until this is settled, with federal guidance, people will be tragically harmed.