The triumphant return of Thunderbirds Are Now! 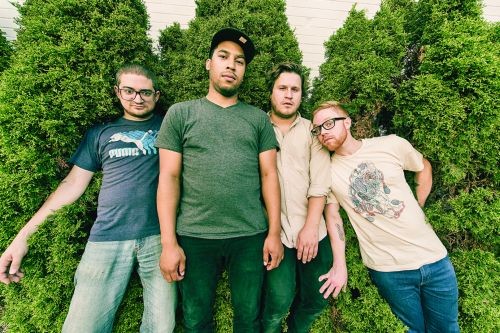 Talk about being ahead of the curve! You see, this band Thunderbirds Are Now! was weird, spazzy and snarky before the Internet made that the new status quo. Back in what we now quaintly recall as the “pre-MySpace” days, Thunderbirds Are Now! played an agitated smash-up of indie-rock and electro-punk (with fast tempos, wordy verses and serrated guitar riffs) when most of Detroit’s hippest venues booked more soulful, R&B-minded throwbacks to ’70s garage styles.

It all began in 2002, when co-founding member Ryan Allen (guitar-vocals, also of Destroy This Place) joined his brother Scott (keys) in 2002, with Marty Smith, Mike Durgan and Howard Chang. The group’s busiest years began in 2005, which saw them with bassist Julian Wettlin and drummer Matt Rickle (of Javelins), as well as inking a deal with French Kiss Records. With three albums behind them, extensive tour miles logged and acclaim garnered from the likes of Pitchfork, NPR and even Rolling Stone, the rambunctious rock outfit never really broke up, but it certainly faded from sight around 2011. Obviously, though, the foursome’s performance at this weekend’s DIY Street Fair prompts a question or two.

MT: Is it a “reunion” if the band never broke up?

Scott Allen: Well, I don’t know. I asked Ryan, “Is this like our last show?” I don’t ever want this band to ever have a “last show.”

Ryan Allen: The whole point of this show is to be nostalgic and give the people what they want. It’s more about celebrating some of our best and more well-known songs and what we accomplished together. We’re not trying to exploit any “phantom nostalgia.” It’s more of a chance for us to get in front of a crowd of peers, fans, curious onlookers, fellow musicians and artists, and be a part of something a lot bigger than us and, hopefully, to have a great time while doing it.

MT: What was it like being the more indie punk-type group among a mostly garage-rock scene?

Scott: There wasn’t much fun, angsty pop-type music then — no Child Bite or Jamaican Queens yet. I love rock ’n’ roll music. I feel comfortable with folk songs. I like garage rock but felt cheesy playing it. It was weird, sure. Nobody really knew what to do with us.

MT: What kept this band together?

Ryan: If [a band’s] something you’re passionate about, you make it work. But if you have a good support system around it, it’s even easier, from my parents buying us a van to having a great booking agent. But this is the band that allowed me to see the world, to meet people who are now my dearest friends, allowed me to share experiences with six other dudes that, no matter the state of our friendships, will always bond us together. TAN showed me how to be totally obnoxious but also taught me how to be humble. Most of all, it was a fucking blast.

MT; If you could tell your 2002 selves anything, what would it be?

Ryan: Listen to your gut. Take time if you need it. Don’t eat Taco Bell every day. Beer before 10 a.m. sounds like a good idea, but usually it’s not. Don’t piss in chip bags unless you expressly intend to throw it out the window. If someone says they live “15 minutes away” assume they mean “an hour.” If all else fails, just sleep in the van.

MT: What is the biggest difference between being in a band now versus then?

Ryan: It’s a helluva lot easier to get your music heard, yet there’s this dichotomy: There’s also an overabundance of bands. The bullshit can be counterbalanced by something totally legit, coming from an honest place.