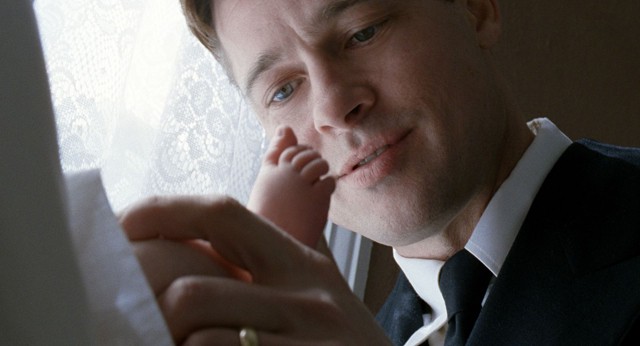 Terrence Malick has only made five films in 38 years. Most of them have been viewed by cinephiles and film geeks as important, iconoclastic and influential movies. Only The New World, his last film, struggled to find the accolades heaped on his other efforts. It's therefore understandable that so many critics are singing the praises of The Tree of Life. The thinking goes something like this: Malick is a filmmaking genius, therefore we must view his work through the filter of reverence, even when we're not quite sure what we're looking at.

At Cannes, where the movie was first screened (and won the Palm D'Or), audiences were split. A cascade of boos greeted the credits only to be overwhelmed by cheers and applause. Both responses are valid.

The Tree of Life is a highly flawed film. It is needlessly elliptical, thematically redundant and, at times, unapologetically pretentious and indulgent. It is also, unequivocally, a work of art. And I am profoundly glad Malick was able to make it. Like David Lynch's epic mindfuck Inland Empire, Malick's ode to creation is an uncompromised and highly personal project that insists that audiences engage it on his terms, not theirs.

For those who know the director's work, it's no secret that he has been experimenting with the idea of cinematic poetry. I don't mean the word in the way other critics compliment poetic or lyrical moments. I mean, Malick has, with each film, started to shed the familiar elements of drama and classic storytelling in favor of creating visual and narrative poems, movies that embrace the aesthetics and evocations of cinema as their sole vehicle for meaning. In The Thin Red Line, it meant stylized voiceovers that attempted to capture the internal landscape of its characters. In Days of Heaven and The New World it meant lingering shots that juxtaposed the natural world with the encroaching constructs of man. More and more, exposition and traditional forms of character development took a back seat to film art. The Tree of Life is the culmination of that movement.

The central story orbits around Waco, Texas, in the '50s, where the O'Brien family's three sons live under the demanding rules of their bullying father (an excellent Brad Pitt) and angelic mother (Jessica Chastain). Jack (newcomer Hunter McCracken), the eldest son, struggles the most, living in that place where fear and love become one emotion. We also follow Jack as an adult (Sean Penn), wrestling with his memories of childhood, the lessons of his dad, and the death of one of his brothers. Malick infuses the O'Brien's world with intimacy and insight, engaging us in their daily, and sometimes harrowing, struggles. But to say he's presenting a narrative direction would be generous. Malick has created a dramatic memory space, one filled with all the conventions of storytelling but without an actual story to tell.

These domestic moments provide a central spine for the film, a place to return to after venturing into the prehistoric past or across the time and space to witness the creation of the universe. Using visual passages that can only be described as symphonic, Malick takes us to the origins of creation, letting us witness the formation of, well, everything. From there we're deposited in a swollen river, where one dinosaur bullies another — only to watch an asteroid hit the Earth and wipe everything out. Watch any five minutes in The Tree of Life, and the visual experience is unmatched by anything you've ever seen. Malick is a perfectionist and his meticulous attention to detail is both magnificent and mad.

"He's in God's hands now," says a neighbor to the grieving O'Brien mother. "He has always been in God's hands," she answers. It's a comment that is both spiritual and damning. After all, why give a parent the joy of creating a child if you then break their heart by taking him away? Why is there pain and grief in the world? Why create the dinosaurs if they were only going to be wiped out? Through prayer and personal exploration, Malick's answer is the same: creation.

In confronting the way of grace or the way of nature, Malick turns these impossible questions into their own answers. Why does anything exist at all? Because it does. And that is reason enough to celebrate. Look around you and the way of the world becomes clear: every act of creation is simultaneously an act of sacrifice.

The Tree of Life brims with exquisitely composed images that reaffirm the unique glory of life. Whether it's sunlight punching its way through the clouds, or the birth of galaxies, or a child spinning in a tire swing, Malick does more than just make pretty pictures. He gives them meaning and resonance. They are evidence for his argument. After all, when every afternoon offers up a lifetime of discoveries for a young boy, why worry about how long it might last? Every moment, no matter how brief, is to be cherished.

But there's an inbalance in Malick's impressionistic approach. As affecting as the O'Brien family dramas are, too many of his characters are symbols more than real people. In particular, the youngest son is little more than a prop, and Mrs. O'Brien, the mother, is presented as a saintly cipher. It is only young Jack and his father that come fully into focus, illustrating the inevitable power of nature and the elusiveness of grace. And it's not quite enough. Nothing makes this clearer than the movie's vaguely spiritual conclusion, a vision of the afterlife as a beach where we gather with loved ones and strangers. Adult Jack is reunited with his family and the experience is as perplexing as it is detached. Malick's thematic and aesthetic preoccupations, as excellent as they may be, overshadow our connection to the family that is supposed to embody the heart and head of his ideas, and so his film never fully achieves the transcendence it reaches for.

The best instances of poetry, which delve so deeply into the emotional and spiritual core of any given moment, still manage to forge a profoundly human connection. The Tree of Life, for all its instances of wonder, insight, humanity and faith, never finds a way to link its celebration of existence to our own.