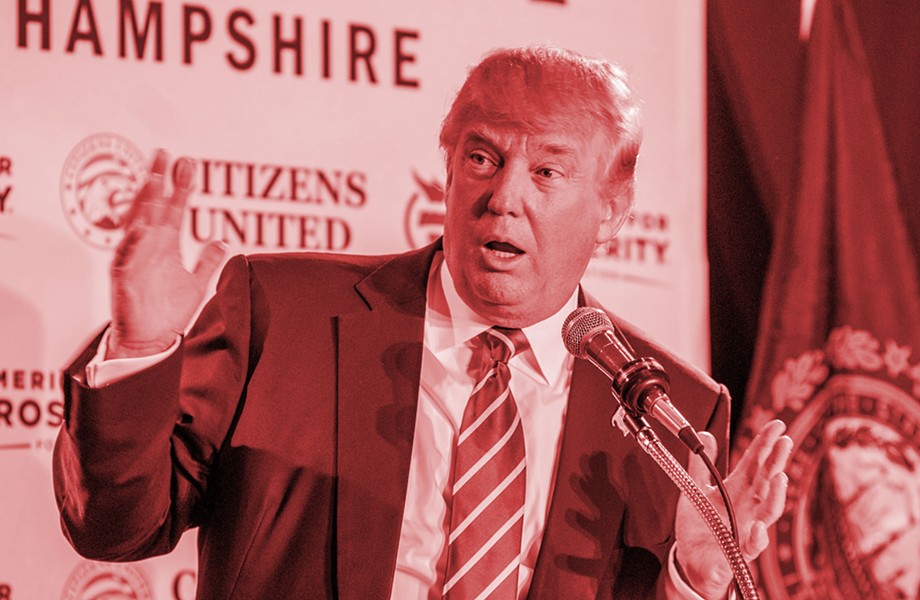 Close your eyes and imagine a modern Republican uttering these words:

"Because I am a businessman ... the doctrinaires of the opposition have attacked me as an opponent of liberalism. But I was a liberal before many of these men had heard the word. ... I believe that the forces of free enterprise must be regulated. I am opposed to business monopolies. I believe in collective bargaining, by representatives of labor's own free choice, without any interference and in full protection of those obvious rights. I believe in the maintenance of minimum standards for wages and of maximum standards for hours. I believe that such standards should constantly improve. I believe in the federal regulation of interstate utilities, of securities markets, and of banking. I believe in federal pensions, in adequate old age benefits, and in unemployment allowances."

That was indeed a Republican, though not a modern one: Wendell Willkie, the GOP's presidential candidate in 1940 and the first political naïf to win a major party's nomination. He shares some DNA with Donald Trump, naïf No. 2. Both were well-known businessmen running amid a lackluster economic recovery. Both were philandering, egotistical former Democrats. But that's where the similarities end.

Willkie, for starters, opposed racial and religious bigotry and welcomed immigrants. He also thought the country too reliant on one man — President Franklin Roosevelt — rather than boasting that he alone could fix the nation's ills.

For two reasons, Willkie never had a chance against FDR. The first, of course, was the budding war in Europe, which made his foreign policy inexperience an Achilles' heel. The second was that there wasn't much daylight between the men, either on the German menace (though both turned, somewhat disingenuously, toward noninterventionism as the election neared) or on the New Deal's social programs. Willkie simply claimed he could run those programs more effectively. He offered more of an echo than a choice. It wasn't a convincing argument.

Here's the point: Willkie, the conservative in an election 80 years ago, was an avowed liberal who backed unions, social security, unemployment benefits, and regulating banks and big business. Or, in the contemporary GOP vernacular, a radical socialist.

Sure, the parties have changed since then. Democrats lost Southern segregationists and social conservatives; Republicans made them their base. Republicans lost Northern liberals, urban intellectuals, and minorities; Democrats made them their base. Our national politics have changed, too. Barry Goldwater dragged the Republicans rightward. Ronald Reagan's success did the same for the Democrats. It was only in the wake of the Great Recession that leftists began to regain a foothold in Democratic politics.

I thought about Willkie's speech while watching Trump's long, rambling address to the CPAC conference on Friday, in which he hugged a flag, called the investigations into his campaign "bullshit," mocked Jeff Sessions' accent, talked about meeting a general named "Raisin Cain," and said that Central American parents were loading up their daughters with "massive amounts of birth control" because they'd be raped by human traffickers. (He knows that's not how birth control works, right?)

More important, Trump also cast himself as the only thing standing between America and an on-the-march "socialist nightmare," parroting days of ominous fulminations from conservatives about how Alexandria Ocasio-Cortez and the Green New Deal are coming for your cars and your cows and your freedom.

This is an old playbook, of course. Republicans called Barack Obama a socialist, and Hillary Clinton a socialist, and every Democrat to the left of Herbert Hoover a socialist. It became an everyday epithet over a quarter-century and lost its luster. But with a few prominent Democrats claiming that mantle — and many older Americans conflating democratic socialism and Soviet-style communism — the GOP sees an opening to bring it back.

This is what the next 20 months will look like, no matter whom the Democrats nominate. Trump is not popular. He never will be. He can't win; polls show that only four in 10 voters say they'll definitely or probably vote for him. No, he needs the other guy to lose. So he'll drag them into his gutter, make them as reviled as he is. Whether he faces Bernie Sanders or Joe Biden, Kamala Harris or Amy Klobuchar — whether that candidate wants Medicare for All or merely to preserve the Affordable Care Act, to implement the Green New Deal or simply treat climate change like the existential threat it is — is irrelevant.

In Trump's telling, they'll become an avatar for the "radical left," for open borders and anti-cop riots, for a socialist takeover of the free market on behalf of the environment, for literal infanticide and handouts to (cough black cough) layabouts. And they'll all have some childhood taunt of a nickname, a la "Pocahontas." That's all Trump knows how to do.

This should be freeing: Democrats can pick the candidate who inspires them, who best speaks to their values, who can take a punch and return one in kind, and not worry about gaming the politics. It'll be ugly no matter what.

This, too, should be freeing: As hard as Trump will work to paint Democrats as the second coming of Marx, Republicans are actually on the fringe. According to a new NBC News/Wall Street Journal poll, 56 percent of registered voters said Democrats were in the mainstream on climate change and health care policy, and 51 percent on abortion; for Republicans, just 29 percent, 41 percent, and 38 percent, respectively.

In other words, even with Bernie and AOC and Elizabeth Warren making headlines for aggressively progressive positions, and even with pundits furiously chin-stroking about whether the Democrats are going too far left, most Americans think the Republicans are the extremists.

As it turns out, the American public in 2019 is much more like Wendell Willkie than Donald Trump.