Try a line in the sand

Obama should plead with the people for a new WPA 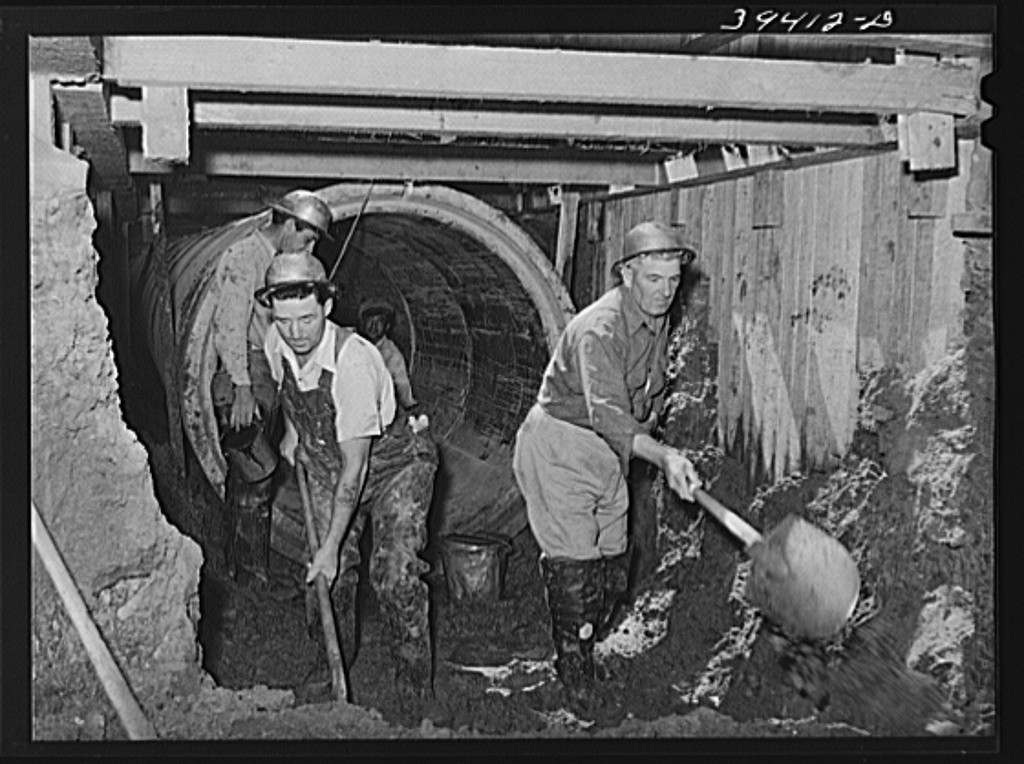 Three and a half years ago, before the stock market crashed and the Great Recession began, I sat down with a group to interview then presidential candidate Barack Obama. More jobs were urgently needed, even then. The first question I asked him was, "If you are elected president, why don't you create something like an American Infrastructure Corps?"

During the Depression of the 1930s, Franklin D. Roosevelt saved the lives, integrity and self-respect of millions by putting them to work via something called the Works Progress Administration, WPA for short. It also immeasurably helped the country.

Writers and artists went to work for the government, creating, among other things, a magnificent set of guides to the states and rivers that are still valuable today. Architects were hired to design fire stations and post offices and unemployed engineers built them.

The Republican Party's right-wing ideologues of the time screamed and denounced the WPA, as they undoubtedly would today. They said it was a boondoggle that paid lazy bums to lean on shovels or pretend to rake leaves all day. They said, as the Ron Pauls and Michele Bachmanns and Tea Party fakers would today, that this was — shudder — socialism. They claimed that the only legitimate jobs were those created by private enterprise.

Most people, however, knew better, even though the media back then had a heavy right-wing bias too. After three election cycles, the GOP was left with fewer than 100 congressmen.

Finally, the Republicans more or less muzzled their more rabid members and began talking about "reforming" or "fixing" New Deal programs, rather than abolishing them. Only then did they begin to win elections. I mention all this history for a good reason:

Few remember or know that any more. Evidently, that includes President Obama, who seems to have made the mistake of trying to compromise, or reason with, the Republican leadership.

That was a mistake not worthy of a man of his intelligence. There are virtually no moderates left in the congressional GOP. If they were alive, Barry Goldwater and Ronald Reagan would be seen as left-wingers by this bunch of wing nuts.

Bob Dole, if he were still in the Senate, would be a pariah in his own party. Dole, with whom I spent a day once when he was running for president, thought there were occasions when the good of the nation took precedence over partisanship. Dole, now 88, also said in my hearing that while welfare needed reforming, the government had an obligation not to let children starve.

Today's bunch doesn't think that way. They are either ideological know-nothings who are determined not to let any facts get in the way of a good theory. Or they are ruthless opportunists who want most of all to bring the president down and take the White House in 2013.

By any means necessary, that is, including a government shutdown that will damage this nation's credit and make the cost of borrowing money more expensive, or impossible, for all of us.

What seemed likely, as of this weekend, was that Speaker of the House John Boehner didn't have the guts or the power to agree to take a long-term sensible deal on debt reduction back to his caucus.

Both sides have only a few days to get a deal done before the government reaches the limit of its borrowing ability, and how all this will end is not clear. But what should happen is this:

President Obama should draw a line in the sand. He should take his case to the people. The fact is that there has been an enormous transfer of wealth in this country in the last 30 years. A transfer, that is, from the poorest Americans to the richest Americans, particularly, the richest one-tenth of 1 percent. The bottom two-thirds of us have been screwed over.

Worse, we've been brainwashed to think this is a good and necessary thing, and that any attempt to level the playing field is, once again, freedom-destroying socialism. This has been done before.

Franklin D. Roosevelt, to his credit, was secure enough not to listen, at least at first. When he ran for re-election, he said boldly, "I should like to have it said of my first administration that in it the forces of selfishness and of lust for power met their match.

"I should like to have it said of my second administration that in it these forces met their master." Republicans screamed class warfare. The people gave him an electoral landslide of 523 to 8.

The next year, unfortunately, FDR started thinking maybe it was time to appease the conservatives. He cut federal spending and made noises about a balanced budget. Unemployment shot up, the Depression deepened, and Democrats lost many seats in Congress.

President Obama knows law; he ought to take a page from history. What this country needs is a new WPA focused on repairing and renewing our crumbling infrastructure, as I clumsily suggested to candidate Obama back in 2008.

Barbara Ellis, a former professor and Pulitzer Prize nominee from Oregon, makes an eloquent and well-researched case for this in a long piece on the alternative website truthout.org.

There are, as she notes, 15 million long-term unemployed in America, plus millions of other underemployed. Propose a massive program to put them to work. Forget obsessively worrying about the deficit. Better yet, ask those who can afford to pay more taxes (including this columnist, by the way) to do their fair share.

Make a massive proposal to that effect, this year. The Tea Party lunatics who control the House will scream bloody murder, or worse yet, socialism, and kill it. Obama can then take his case to the people in next year's presidential campaign.

That's what underdog Harry Truman did, running against a "do-nothing" GOP Congress in 1948. You can look up what happened.

Even if President Obama were to fail, well — he will have stood for an idea greater than himself. Stood for the people.

Wouldn't it be amazing if he were to give that a try?

Speaking of leadership: David Carr, The New York Times' must-read media columnist, said of Rupert Murdoch that he "apologized for everything and took responsibility for nothing," in the phone hacking scandal that rocked the tycoon's media empire.

That's pretty much word-for-word what a host of presidents, from the crooked Richard Nixon (Watergate) to the half-senile Ronald Reagan (Iran-Contra) did when caught red-handed.

Regardless of whether the Australian-born Murdoch knew what was going on with his newspapers (and few really believe he didn't), he is responsible for much that is bad in today's media.

Fox, for one thing. Still, the ability to be contrite and avoid responsibility with a straight face could easily earn one a Republican presidential nomination nowadays. True, Rupert is up there in years (80), but that's only seven years older than Bob Dole was when he was pushed onto the podium in 1996. Rupert doesn't have any war wounds, and his wife, the prankster-punching Wendi Deng, increasingly the real power behind the throne, is half his age.

There is, however, one thing to be grateful for. Even though Murdoch is officially a U.S. citizen, he really was born in another country, and hence is ineligible, which is too bad.

Naturally, a President Murdoch might sell off the country, or annex it to his empire. But his wife's real name is, in Chinese, "Cultural Revolution Deng." Just imagine a first lady named that.