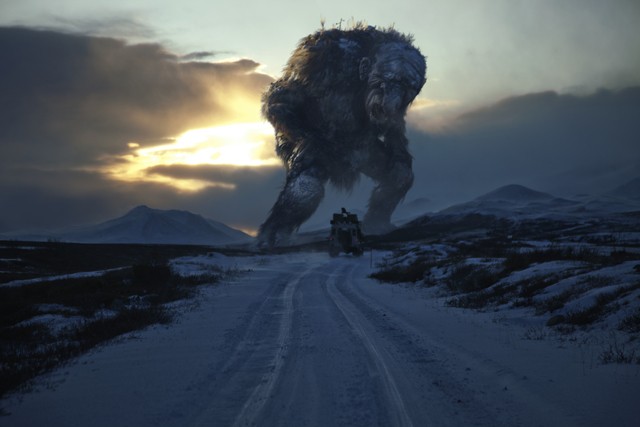 The shaky-camera monster movie as fictional documentary is a niche genre if there ever was one. In the dozen years since The Blair Witch Project, the form has seen a slew of cruddy knockoffs, and even a few hits (Cloverfield and Paranormal Activity), yet none have been as awesomely weird and compelling as this quirky Norwegian entry. Trollhunter has an incredibly droll Scandinavian sensibility about it, one that dwells in the twilight realm between existential gloom and sardonic giggles.

In this mockumentary, a small documentary camera crew from a local college thinks they're on the trail of an illegal bear poacher, but when they locate the culprit they discover he's hunting far bigger game. Reclusive Hans (Otto Jespersen) tries giving the pushy kids the brush-off, but his seriously clawed-up Range Rover and trailer full of funky-smelling pelts is too intriguing to pass up. Eventually he relents, and lets the nascent reporters follow him on a midnight hunt, where they soon come nose-to-hideous-snout with a real live troll, nastier than any fairytale variety.

Hans, it seems, works for the ultra-secretive Troll Security Services, and acts as a researcher-exterminator patrolling the hinterlands and curbing the population when the trolls get too close to power lines or civilization. Business is booming, but Hans is burned-out on a gig with terrible hours, low benefits and the hazard of getting your face chewed off by a mythical creature. The script doles out neat factoids about the magic brutes: They like to gnaw on old car tires, hang out under bridges, are notoriously dumb, and most are so ugly they only mate sporadically.

While they'll eat just about anything, their favorite snack is righteous Christians, and with their huge honkers they can sniff out a person's piousness. Trolls come in several varieties, from cave to forest with silly breed names such as "Ringlefinch" and "Tosserlad," and range in size from hulking to stupidly immense. Nocturnal, their bodies can't process vitamin D, so when exposed to too much U-V light they tend to calcify or even explode in a gory burst of rotted guts.

The science is dubious, but the action is engaging, and director André Øverdal squeezes his modest budget to get chills out of his CGI menagerie, even if they are endearingly goofy at times. The tongue-in-cheekiness of the whole affair keeps the flick grounded in satire, self-aware enough to get swallowed up by its patently absurd premise and all too familiar genre tropes. Thankfully, the queasy camera movement is mitigated by the unspeakably lovely mountain countryside and mist-shrouded fjords, which look like a really lovely place to visit, at least in the daytime, when you aren't likely to get stomped on. —Corey Hall