Mass incarceration reaches epic proportions in ‘the land of the free’ 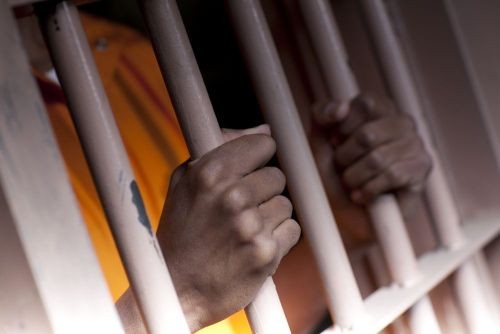 There are certain statistics that should make people gasp with horror and seethe with outrage.

Why that figure in particular? Because it represents the number of people per 100,000 who are behind bars in the United States. To even begin to understand the full, tragic significance of what that number represents, it has to be put in context. It is not enough to know that America, the supposed freedom-loving nation that we are, leads the world when it comes to the rate of incarceration. Compare that rate to communist Cuba, which jails 510 people per 100,000, or Iraq, where the number is 115. Or how about Germany, where the number is 80 prisoners per 100,000 people, or Finland, where it is only 60.

In terms of the sheer numbers of people who are locked up, the United States is also the unfortunate leader. By far. With about 2.2 million people locked up overall, the U.S. prison population far exceeds that of every other country on the planet, including China, which has four times as many people as America.

It gets even worse. This is how Adam Gopnik summed things up in an article published in The New Yorker last year:

“Mass incarceration on a scale almost unexampled in human history is a fundamental fact of our country today — perhaps the fundamental fact, as slavery was the fundamental fact of 1850. In truth, there are more black men in the grip of the criminal justice system — in prison, on probation or on parole — than were in slavery then. Overall, there are now more people under ‘correctional supervision’ in America — more than 6 million — than were in the Gulag Archipelago under Stalin at its height. That city of the confined and the controlled, Lockuptown, is now the second largest in the United States.”

What has us writing about all this is the documentary Broken on All Sides, which was shown last week at the Cass Corridor Commons in Detroit. About 80 people attended the event, which was hosted by the local chapter of the National Lawyers Guild and a few other lefty groups.

The film provides an unflinching look at the problems of mass incarceration — and how people of color are disproportionately caught up in what can only euphemistically be called the justice system — by focusing on the situation in Philadelphia, Pa.

Among those featured in the film is Michelle Alexander, author of the widely acclaimed bestseller The New Jim Crow: Mass Incarceration in the Age of Colorblindness.

Tracing the rise of the prison-industrial complex and its racist foundation back to the Nixon administration, Alexander reports: “Instead of lynching, we have the ‘War on Drugs,’ which started with the Nixon White House. President Nixon said to [Chief of Staff H.R.] Haldeman: ‘Face the facts! The whole problem is the blacks. We have to devise a system to keep them in check.’ Voila! The War on Drugs was born, designed specifically with the goal of locking up an incredible number of people with Draconian drug laws.”

After last week’s Detroit screening, there was a panel discussion that featured the doc’s director, Matthew Pillischer, and three others. They talked about the film’s relevance here in Michigan, and what can be done to reform a system that’s taking a terrible toll not just on the incarcerated and their families, but on society as a whole.

Even the most knee-jerk proponents of get-tough policies — the stone-hearted who remain unswayed by the rampant racism and injustice that permeates the current system — can’t escape the fact that we can no longer afford a system that, as Pillischer’s film declares, “is broken on all sides.”

“The increasing number of federal inmates, combined with the rising per capita cost of incarceration, has made it increasingly more expensive to operate and maintain the federal prison system. The per capita cost of incarceration for all inmates increased from $19,571 in FY2000 to $26,094 in FY2011. During this same period of time, appropriations for the BOP [Bureau of Prisons] increased from $3.668 billion to $6.381 billion.”

And that’s just federal prisoners. Here in Michigan, the cost of running the state’s Department of Corrections exceeds $2 billion a year.

Those startling expenses speak to an increasingly significant part of the equation: privatization and its corruption of the democratic system. The Justice Policy Institute (JPI), a Washington, D.C.-based think tank, explored the problem in a 2011 report titled Gaming the System.

The report’s author notes, “As revenues of private prison companies have grown over the past decade, the companies have had more resources with which to build political power, and they have used this power to promote policies that lead to higher rates of incarceration.”

That same point was made during last week’s panel discussion by Julie Hurwitz, a noted civil rights attorney based in Detroit. She talked about how the operators of private prisons, and others that reap profits from incarceration — from the phone companies that charge exorbitant prices for the long distance calls prisoners make to the corporations providing food and other services to inmates — exert their influence.

One way that’s done is by funding front groups like the American Legislative Exchange Council, which produces and promotes model legislation calling for more tough-on-crime policies. Implementation of those policies inevitably increases profits for the private companies, which take a portion of that loot and plow it back into yet more efforts to, as the JPI termed it, “game the system” in their favor.

The epitome of this lock-’em-up madness is the so-called “War on Drugs” Nixon launched as a way to keep the blacks under control. As noted by Detroiter Lindsay Wright-EL, one of two former inmates sitting on the panel during last week’s discussion, drug use should rightly be treated as a public health issue, not a criminal matter.

Instead, we continue locking people away, forever altering the lives of individuals, decimating families, and ravaging whole communities.

What can be done to help put an end to a system that Hurwitz described as “morally unjustifiable and morally repugnant”?

Change starts with raising awareness. Getting a group of people together to watch a film like Pillischer’s, and then talking about it is a start.

But, as Wright-EL pointed out, that’s just the start. Ultimately, change will come only through an intense and widespread public backlash. It is a problem that needs to be fought in the courts, in voting booths, and in the streets.

“That’s how you win eventually,” Pillischer said. “You do it by building a mass movement.”