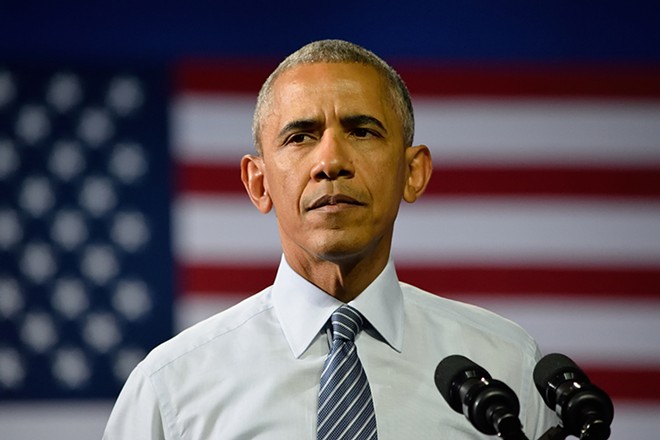 Michael Flynn is neither the hero nor the victim in this story.

Rather, like so many in President Donald Trump's orbit, he's a means to an end — in this case, the White House's attempt to rewrite its history of failure.

Flynn was Trump's first national security adviser for 24 days before being fired. He later pleaded guilty to lying to the FBI about his contacts with a Russian ambassador. Last year, however, he began claiming that he'd been set up by the deep state, and he found a sympathetic ear in new attorney general and Trump sycophant William Barr.

On May 7, the Department of Justice moved to dismiss charges against Flynn, claiming that the government could not prove he lied (though he admitted it), and even if he did, his lies weren't "material." More than that, the DOJ's filing was a searing attack on both the FBI and the legitimacy of the Mueller investigation itself. The two were connected, after all.

The day after Trump fired Flynn, he pressured then-FBI director James Comey to drop the case against him. Comey refused, and Trump's later decision to fire Comey led to Robert Mueller's appointment and an investigation that consumed two years of Trump's term.

No sooner had DOJ brass intervened in the Flynn case than Trump promised recriminations: "I hope a lot of people are going to pay a big price because they're dishonest, crooked people. They're scum — and I say it a lot, they're scum, they're human scum."

He didn't identify the "scum," but within days, the hashtag #Obamagate began trending, promoted by Trump himself. In Trump's words, it was the "biggest political crime and scandal in the history of the USA, by FAR," though he never articulated what that crime was. No matter. The overarching idea is that the Obama administration engaged in an elaborate anti-Trump conspiracy, beginning with an investigation into Russian interference during the 2016 campaign.

The proof, Trump and his allies say, lies in Flynn's "unmasking," a term opaque enough to sound sinister.

Unmasking works like this: The U.S. government can't spy on citizens without a warrant. But when it surveils foreign targets, it records their conversations with Americans. In intelligence reports, Americans' names are replaced by "a U.S. person." Administration officials can seek to "unmask" the name if they think it's important; this happens thousands of times a year.

Last week, three Republican senators released a list of 30 officials who had unmasked Flynn between the 2016 election and the inauguration. Some were lower-level intelligence agents or individuals attached to NATO. Other requests came from the administration's upper echelon, including the CIA and FBI directors, Obama's chief of staff, and Vice President Joe Biden. These seem tied to conversations Flynn had with Sergey Kislyak, the Russian ambassador to the U.S., on December 29, 2016.

That day, Obama had expelled 35 Russian agents in retaliation for election interference. In five calls with Kislyak, Flynn assured him that the next administration would ease sanctions and urged Russia not to retaliate in kind. Intelligence officials requested that the U.S. person be unmasked. These requests went through the proper channels. There was nothing illegal or improper about them.

The crime, such as it is, was that someone leaked news of Flynn's conversation with Kislyak to The Washington Post. Leaks happen every day, and this wasn't exactly the Pentagon Papers. But it set things in motion. Vice President-elect Mike Pence and Trump's press secretary Sean Spicer said that Flynn denied speaking to Kislyak about sanctions. Intelligence officials knew that wasn't true.

At this point, the FBI was about to close its counterintelligence investigation into the Trump campaign's ties to Russia. Flynn's calls, however, opened a new line of inquiry. And if Flynn was freelancing, they thought he might be vulnerable to blackmail.

When they questioned him, he lied.

The DOJ now says his lies are irrelevant because the entire investigation was illegitimate.

So committed is Barr to Trump's exoneration that he handpicked a U.S. attorney, John Durham, to investigate the investigators, undercut Mueller's findings, and — fingers crossed — charge some of those who handled the investigation. (Barr said Monday that Durham was unlikely to go after Obama or Biden, but he's proved pusillanimous in the face of Trump's tantrums.)

Trump wants vindication — and vengeance. Obama has been renting space in his head since his 2011 White House Correspondents Dinner mockery. tweet this

If you don't think this a conclusion in search of evidence, consider what a DOJ spokesperson told Fox News about unmasking: "I can tell you that [Durham's] team is working diligently to get to the bottom of what happened. Because, Martha, what happened to candidate Trump and then President Trump was one of the greatest political injustices in American history and should never happen again."

Trump wants vindication — and vengeance. It's not just that his election carries the asterisk of Russian interference. It's that Obama has been renting space in his head since his 2011 White House Correspondents Dinner mockery. Try as Trump might to erase his predecessor's legacy and diminish his record, Obama is still the most popular politician in the country.

By associating Obama with an opaque but ominous-sounding pseudoscandal, Trump probably hopes to bring Joe Biden's best surrogate down a notch or two. The ginned-up indignation over Hillary Clinton's email server showed how effective these attacks can be, and how willing the media is to play along.

But the martyrdom of Michael Flynn is about more than that. It's fuel for the white grievance that Trump believes will animate his base, a way to stoke resentment against the African American president whom he blames for his problems.

This is Trump's comfort zone. With more than 90,000 Americans dead and 36 million out of work, it's also the only card he has to play.