The story behind the success of the Vintage Market 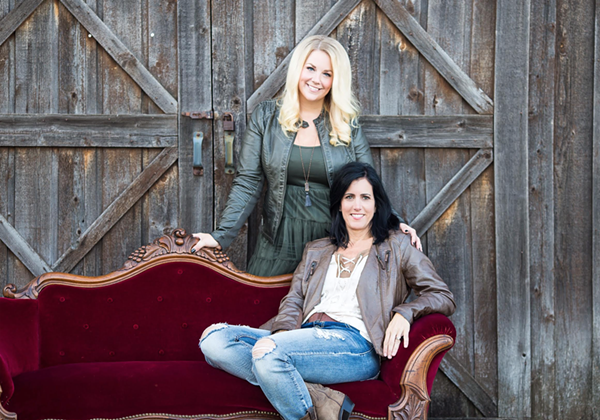 Angie Guzzardo was enjoying a glass of wine in her backyard with a longtime friend, Rina Belanger, when the two had an a-ha moment.

“We were wondering how we could find a place for people like us to sell their stuff,” says Belanger. At the time, Belanger was refurbishing furniture under the moniker Reimagined Restorations and Guzzardo had owned a little shop in downtown Wyandotte called Wicked Finds.

“There was no place to showcase the kind of work we do,” Guzzardo says. Since no appropriate venue existed, the pair decided to create one. On a sunny day in October 2014, the first Vintage Market took place on a patch of grass at the Trenton Cultural Center. The little operation featured about 30 vendors. It was modest, but people were hooked.

In the nearly three years that have followed, the market has grown ten-fold. It briefly moved to Trenton’s Elizabeth Park, but was so densely attended patrons waited nearly a half hour to park. Now, the Vintage Market has found a permanent home on the Monroe County Fairgrounds where over 300 vendors will bring their vintage and vintage-inspired wares for a two-day celebration of chippy paint, rustic treasures, and barnyard finds.

Guzzardo and Belanger, both downriver residents, have found the fairgrounds to be a perfect place to set up what amounts to a small city of merchants, food vendors, a glamping village, live entertainment stages, a beer tent, and more.

“We never intended to leave, but downriver just couldn’t accommodate us anymore,” says Guzzardo of the market’s growth spurt. Though the market has grown to include five dates in 2017 and six in 2018, Belanger and Guzzardo have worked diligently to ensure the event still has an air of magicality.

Of the five days set for 2017, three will take place at the Monroe County Fairgrounds, the other two are mini markets in Bowling Green, Ohio and at the Mayfly Music Festival in Dundee. The events might be a bit farther south than some metro Detroiters are used to traveling, but they’re worth it.

The quality of the festival lies almost entirely in the group of vendors the women have attracted. Then again, “attracted” might be the wrong word. On a warm May afternoon at a downtown Trenton coffee shop, Guzzardo and Belanger joke about stalking potential vendors — they travel across the country to introduce themselves to merchants they hope to bring to the Vintage Market and their efforts usually pay off.

“We like the chase and the kill,” Belanger says with a laugh. 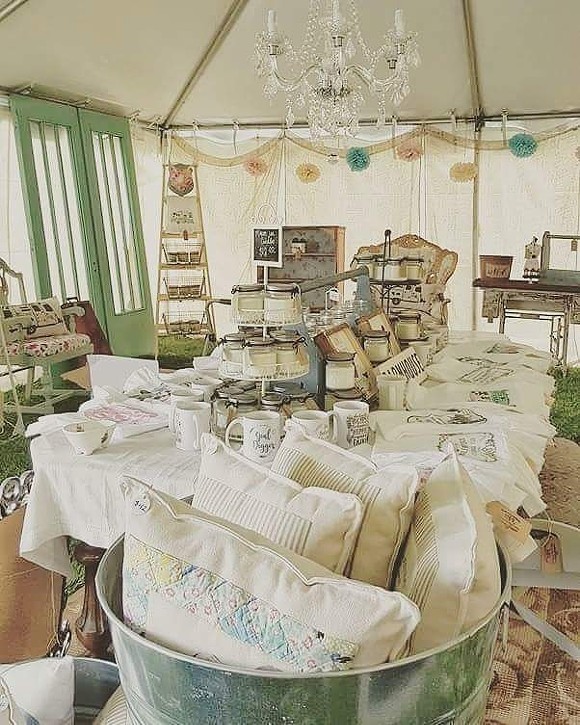 That work ethic is paramount when creating the kind of enchanting atmosphere the festival has achieved. But for these women, it isn’t work.

“We’re obsessed with what we do,” Belanger says. “If we didn’t love it, it wouldn’t be as great as it is.”

Travel has played an integral role in the pair’s success for a number of reasons. They’ve visited similar markets around the country and adopted some of their best practices, along with a few ideas they came up with all on their own.

In order to make the event as cohesive as possible, the pair select a theme for each date. This weekend the market will be outfitted with red and white checkerboard, featuring a petting zoo provided by the local 4-H Club, horses, and country-style amenities for a Down on the Farm motif.

Later this year, their fall market will take on a Hocus Pocus theme, and the winter market with be outfitted to make patrons feel like they’re Home for the Holidays.

“I love the themes and coming up with them,” says Belanger. “The vendors get really into it and decorate their booths in the theme of the market and it creates a lot of opportunity for photos.”

The women also go to great lengths to curate musical acts that will coincide with the theme. This weekend the ABC Sisters, an Andrews Sisters tribute act, will perform 1940s scat classics on Saturday and The Wayfarers, an Ohio based mountain music group, will perform on Sunday. Other acts will include Dan Tillery, Jibs Brown, Athens Creek, Bill Bynum & Co., Ask Mary, and Barelyon, making it likely that your entire shopping experience will be set to live music.

The market is not just beautiful either, it’s also a functional event that’s been planned down to the most minute detail. Free transportation will haul your behind from your parking spot to the fair (with acres of parking, it’s not likely you’re going to park anywhere near this festival — it attracts upwards of 30,000 people after all), plus a free port service will cart that perfect shabby chic sideboard you just purchased to your vehicle for free.

As the market continues to grow, the women have found ways to adapt without allowing the market to suffer, making it likely their success will continue.

“We just keeping setting goals,” Guzzardo says. And it seems no matter how fantastic those goals appear, they’re reached.

In addition to putting on five markets in 2017, the pair also trek to other states to pick through old barns and other rustic treasure troves. They purchase beaten and abused pieces and refurbish the items for their own booth at the Vintage Market. They call themselves the Backroad Divas and their adventures are not unlike a certain pair of famous pickers.

With an eye for detail and a Midas touch, it’s likely even the loftiest goals — even a television show — are not out of reach for these market mavens.