What the Kilpatrick sentence means for its residents 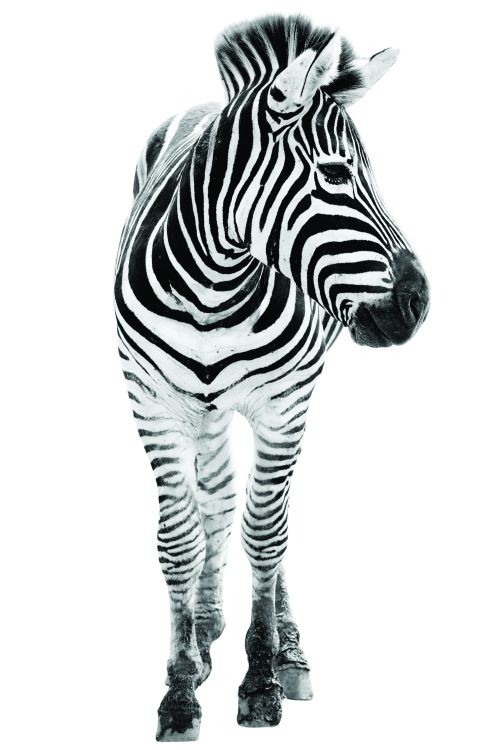 When I drove up to the house where Mulenga Harangua squats, I noticed a “Benny for Mayor” sign in the flowerbed. As usual, I had to go around back to find him since he is forever working in that garden of his. Although, I have to admit the results are pleasing to the palate

This time I found him among the waist-high, knobby stalks of Brussels sprouts. The plants’ wide leaves soaked up the sun during last week’s respite from clouds and rain. Mulenga’s torso was painted with horizontal black and white stripes.  His head moved slowly from right-to-left as he gazed across the landscape.

I asked: “Are you a zebra wandering the Tanzanian Serengeti?”

“Are you an umpire in the Tigers’ playoff game?”

“Nope. Umpire stripes go up and down. I’m wearing prison stripes in solidarity with Kwame Kilpatrick.” Mulenga gestured at the stalks of Brussels sprouts. “These are the bars of my prison.”

“I guess he could eat his way out.”

“This isn’t funny. They done sent the brother up for the rest of his useful life.”

“He might do something useful from behind bars,” I suggested. “Although, based on his demeanor throughout this ordeal, I doubt that could happen anytime soon. But are you saying that elderly people aren’t useful? He could serve his time and maybe do something good.”

Mulenga furrowed his brow as he thought about that one.

“Well, I respect the elders but,” he responded, then paused, and then continued, “uh …Well, anyway, the brother was done wrong.”

“What was wrong about it?” I asked?

“The brother was set up. He didn’t do anything plenty of other folks have done. He just happened to get caught.”

“So you admit he did something?”

Mulenga didn’t answer. He just stared past me at something in the distance.

“Well,” I continued, “if everybody in the room is sniffing cocaine and the police bust in while it’s in your hands, guess who is under arrest?”

Mulenga came out from behind the plants. He was barefoot and wore a pair of sweatpants cut off just below his knees. He seemed to relax and actually look at me. “You think I should get some goats to graze around here?”

Apparently, we were changing the subject.

“Sounds interesting. You planning on eating them?” I asked.

“Well, I had some curried goat at a Caribbean party one time. It was pretty good. But I hear councilman James Tate is looking at using goats and sheep to keep the grass trimmed around town.”

“That would allow the goat keepers around here to come out from underground,” I said. “Maybe Tate is going for the goatherd vote over there in District 1. So, is Benny Napoleon goat-friendly? I see you have his sign in your front yard.”

“I don’t think he’s had anything to say about goats. I didn’t put that sign out there. I just woke up one morning and there it was. I didn’t have the heart to move it.” he said.

“I don’t know that it matters who is mayor right now. Dave Bing was a ghost of a mayor from the start. Now he’s just a fading apparition, wandering through the halls of the mayor’s office, but nobody really sees him. The truth is, I’m disheartened by this emergency manager business. Especially now with this fool Jim Bonsall, the EM’s chief financial officer, making that crack about shooting somebody in a hoodie on Angel’s Night.”

“That hasn’t been shown to be true,” I said.

“Yeah, but he has apologized so that means he said something.” Mulenga looked me dead in the eyes. He knew he had made his point.

“I have to agree with you. It’s demeaning. Talking about shooting anybody is bad enough. Then you add the hoodie thing to it and it’s beyond bad taste. If that’s what these people think of the people they’re supposed to be serving, then we are in big trouble,” I proffered.

“We were in trouble before they showed up,” Mulenga said. “But this shows the ill will of the people who are deciding our fate. Not that I had that much hope they would come in with any compassion.”

“At least both of our mayoral candidates agree they don’t want an emergency manager, and neither of them like the state lease of Belle Isle,” I offered.

“Yeah, they just want to take our jewels.”

“Hey,” I said, “I like the idea of the state lease. I go to state parks. They’re nice. If the City Council has a plan for Belle Isle the members have had ample time to present it. They’ve had years. Now they have to come up with something because there is a deadline to present an alternative to the state plan.

“If I was one of these mayoral candidates I’d have a plan out there. Neither of them has seized the moment. If they want to run the city, they should have plans for Belle Isle. The issue may not be up there with crime and the economy, but it’s got to be part of any Detroit master plan. Maybe some of these sitting council members who are running in the election should address it,” I said.

“Maybe it will come up in the mayoral candidates’ televised debate on Sunday,” Mulenga said.

“That ought to be interesting,” I said. “We’ll see what comes up.”

“Probably not much. It’s scheduled for one hour. That’s hardly time to get your introductions in and answer a round of questions. It’s scheduled for Sunday morning before the Lions’ game. The only way that’s going to get a big audience is if they show it in the churches,” Mulenga said, wiping his brow and leaving a smear of paint across his face.

“Man, that paint job on you is something else,” I said. “You should be a zebra for Halloween.”

“I told you this is my prison garb.”

“So orange is the new black and white stripes?”

“You know, I’m starting to feel that zebra thing,” Mulenga said, crouched among the Brussels sprouts. “What kind of noise does a zebra make?”

“I don’t know. I’m wondering if zebras could do that ‘eat the grass and weeds’ thing,” I suggested.

Mulenga began loping across the lot: “I’m a zebra on the Serengeti,” he yelled.

At least he wasn’t wearing a hoodie — less chance of getting shot.