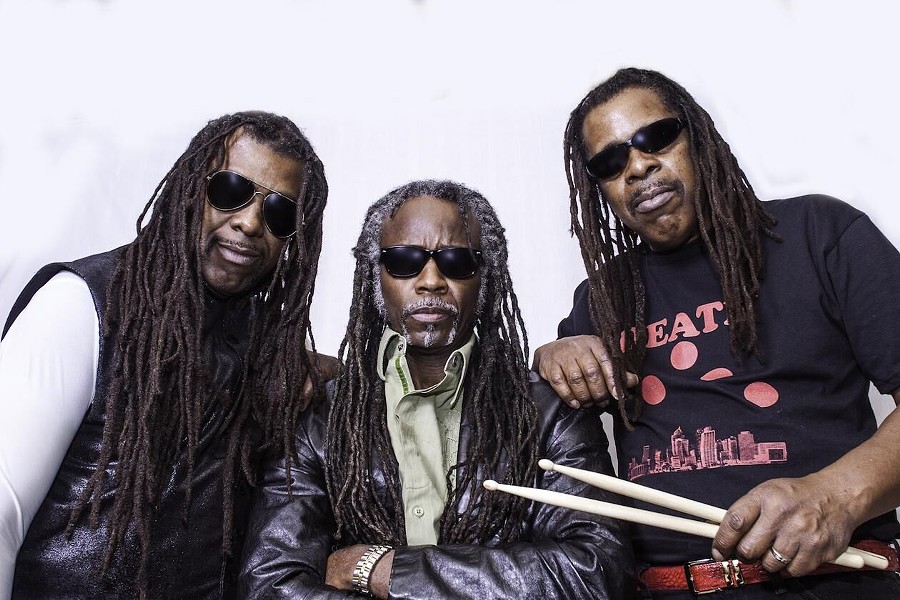 The band Death have been enjoying a career revival, and we previewed their Ann Arbor show last week. However, some reject the "proto punk" narrative behind the band's comeback. Reader "Don Handy" writes:

Thanks for the article. Especially for getting the story about Don Schwenk's connection to the Death band legend straight. Had he not saved those singles, they would probably still be mired in obscurity.

"Proto punk?" Lester Bangs was referring to garage bands as "punk" long before Death formed. Lenny Kaye, in his liner notes to his seminal Nuggets collection, also called '60s garage bands "punk." I think the Death band members knew too many chords to have been anything other than a hard rock band. There's even a drum solo on For The Whole World To See. Not to disparage them, but who ever heard of a drum solo on a punk album?

So long as I'm here — and not to blame the author of this article — I can't believe that Belle Ghoul is making a rare appearance in Hamtramck, and there's not one word, aside from an advert, about it in the Metro Times. For shame!

Every other week, Larry Gabriel writes about medicinal marijuana news and views in his Higher Ground column. However, some object to his use of the word "marijuana." Mark Herbert writes:

This column is contributing to the ignorance and misinformation that anti-cannabis forces for years have sought to discredit and minimize the importance of the hundreds of uses for cannabis. I wonder, do you pay this man by the word? You and the readers are being sold a bill of goods.

There is no redeeming value to the drivel that this person puts on paper. If you want to inform your readers about the disinformation campaigns of multiple government agencies and be a part of the necessary adult conversation about the numerous beneficial aspects of cannabis, get rid of this clown Larry Gabriel. If not, then continue lowering the bar and the conversation.

No more digression of this important issue. From Mendocino County (Larry: That's the Emerald Triangle. What? Never heard of it? Figures) to you, get the facts before you write.

"Marijuana" is a contrived word with no meaning in relation to anything except to support the Reefer Madness attitudes of William Randolph Hearst. Tell me you heard of him, Larry — or do you drop another "stoned" excuse in your column?

In response to Gabriel's Sept. 9 Stir It Up column ("Planting seeds"), which took a look at the new Live6 initiative to revitalize the Livernois and McNichols neighborhood, G.M. Ross of Lowell, Mich. writes:

I lived on Tuller Street between Six Mile and Puritan until 1954. Although I have not been back much, the most notable drive through was on a summer day in 1982 — to see a nice grass lot where our house used to be. I was thoughtless enough to tell my mother.

It stands to reason: In any civilised society the Marygrove-U. of D. area would be a superb place to live, especially north of Six. Jesu Parish, the commercial strips of the Mile road and Livernois. But no. This is an American city, that "American exceptionalism" writ large. No foreign occupation could have visited worse upon that part of Detroit. I went to Fitzgerald Elementary which looked pretty good in 2003.

Thank you for the good news about the revival movement and the $700k grant. As you say, it took decades to create the situation and probably as long to undo it. But "the greatest journey begins with ..."

In his Sept. 2 Politics & Prejudices column ("Standing up for cities"), Jack Lessenberry wrote about a group of Wayne State students who were given the runaround by Mayor Mike Duggan's office. Reader Sandra Johnson of Detroit writes:

I make a point to read Mr. Lessenberry's column each week because he does an excellent job of revealing important political and social developments in our state. However, sometimes his biases drive him seriously off track and his comments in this piece are an example of that tendency.

When I read the Free Press article about the student's experience at the Mayor's Office, I wondered why these bright investigative students didn't know that the process for obtaining public documents does not involve the Mayor's Office receptionist, or that the City Clerk is the proper office to direct a request of that nature. The City Clerk's office could have provided a copy of the document after it was formally submitted to Council and placed on their agenda. That is their job.

The job of the Mayor's receptionist is to greet visitors and direct them to meetings and appointments. If the receptionist provided incorrect information to the students, maybe it was because it was not her job to know it.

In his rush to condemn the Mayor's office, Mr. Lessenberry overlooked these key points, as did Joe Guillen of the Free Press. This is less a case of political secrecy than an example of sloppy "investigative" procedures. The students seemed more interested in a "gotcha" form of journalism by secretly recording the receptionist instead of relying on a basic journalistic tool; a simple FOIA request.

This makes me question their real motives in this matter. I hope Joel Thurtell does a better job of training his students in the future.