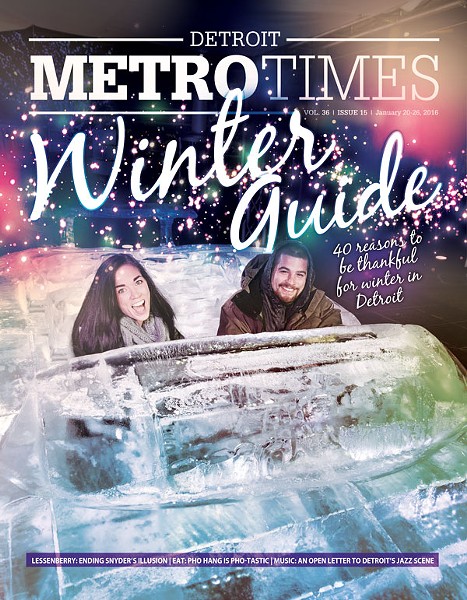 Lessenberry is right on Sanders

In his courageous and ambitious Tocqueville-like column "Primary sources," Jack Lessenberry charges that "In fact, in a very real way, [Bernie Sanders] is the only conservative in this [presidential] race." Jack is right.

In 1975, my American History 101 professor confessed to me behind closed doors that FDR was indeed a conservative, because he saved capitalism from itself. My teacher would never utter this in class, he told me, because it seemingly undermined his legitimacy (or, in my view, likability).

As our democracy devolves into plutocracy, Bernie Sanders forges ahead to save capitalism from greedy plutocrats like the Walton family who announced this weekend that Wal-Mart is closing 154 domestic stores, putting 10,000 Americans out of work.

An article regarding food served prisoners at Oakland County Jail was accurate, but I'm afraid the problem is much greater across the state. My son is currently incarcerated at the Ionia facility for felonies, multiple thefts while addicted to meth, no gun or physical harm, but multiple thefts of items over $1,000. He is under a 23-hour lockdown possibly for the next few years. His bunkmates have all been convicted killers. This email note is about the food, but I think there is a much greater level of inhumanity as the norm. Quote: "Pop, they feed us animal food."

I guess he was hoping to put some things to rest, but all he really did is fan the whiff of stink around his role in the mess.

Those who want to keep supporting him will have what they will regard as proof of his transparency and innocence.

Those still on the fence, and those who are against will look at this as a lame attempt to perfume the cover-up.

Astute reader Brandon Van Gorder wrote in about our cover story "41 reasons to be thankful for winter in Detroit" (Jan. 20):

You have No. 32 in your "41 reasons to be thankful for winter in Detroit" article listed as: "Show how tough you are by leaping into the frigid Detroit River." However they changed the event to now just having you jump into a pool at the bar. No more being tough in the river.

Editor's note: We apologize. Thanks to alert reader Brandon Van Gorder, we now realize that the Polar Plunge event in Detroit, which used to be held at Milliken State Park, takes place entirely within Cheli's Chili Bar, where several large vats of icy water will substitute for a dip in the Detroit River this year. Jim Adams, a spokesperson for Special Olympics of Michigan, for which the Polar Plunge raises funds, says there are almost 30 plunges this year, taking place all over Michigan, and that about 20 of them are still in the great outdoors. If you absolutely must leap into a natural body of water, the Polar Plunge in St. Clair may appeal to you: You can leap into the Pine River. Last year, they had to cut away 10 square feet of ice that was 3 feet thick to establish a dive zone. In any year, dive teams are on hand as a precaution. And the dive is a few hundred yards from a riverfront tavern called Voyageur, where the post-plunge partying will take place. See firstgiving.com/polarplunge for a full list of this year's plunges.