We're going to kill ourselves — and the planet — through willful ignorance 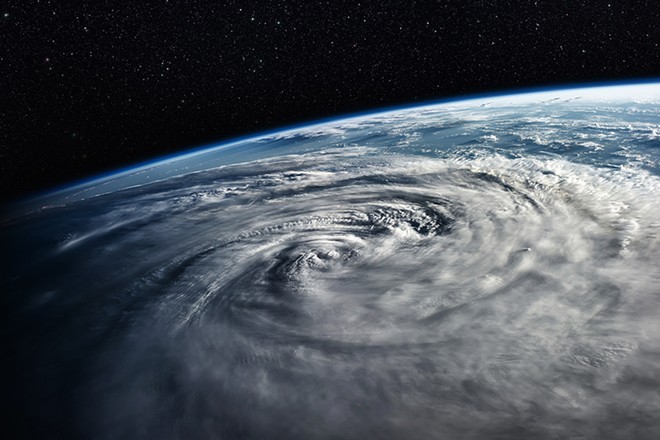 When the Earth crosses the 4-degrees-over-baseline warming threshold and "once in a century" hurricanes, heat waves, and droughts become routine — killing millions, creating billions of climate refugees, and disrupting geopolitics and global economics in ways we can barely begin to comprehend — it will be in no small part because the wealthiest and most powerful country in the history of the world sat on its hands while the planet burned.

the hottest reliably recorded temperature on the planet, everIt's not that we weren't warned or the evidence wasn't abundant. On Friday, Death Valley logged — 130 degrees Fahrenheit.

But the truth was inconvenient, so we ignored it, pretended the science wasn't clear, then decided that addressing it was socialism. (Raising taxes, of course, is worse than civilizational ruin.)

But a sizable-enough minority, empowered by the Constitution’s antidemocratic anachronisms, to prevent us from doing what needed to be done.

The U.S. is hardly the only country to miss its carbon-emissions targets. Still, the Republican Party's belligerent indifference — reinforced by a feedback loop of negative polarization and propagandistic media — poses a unique obstacle to global action. We lose any credibility to nudge China and India to reduce carbon pollution when the party expected to win Congress next year is dominated by climate-change deniers.

While the world is warming rapidly in geologic terms, sea rise is measured in centimeters, and one summer is only incrementally hotter than the last. Even if we're cognitively aware of the long-term risk, our amygdalae don't perceive an immediate threat. That's part of what's made convincing people of the urgency of action a tall order.

But only part. After all, we can't convince many of the same people to protect themselves from a very immediate threat when a proven solution is free and readily available.

The culture war, it turns out, is a hell of a drug.

Only 67% of adults and 55% of Americans age 12 and up have received at least one dose of the COVID-19 vaccine, placing us behind Canada, the UK, the UAE, Iceland, Singapore, Spain, and a bunch of other countries. Fewer than half are fully vaccinated.

Yet even half-assing inoculations has produced incredible results. In six months, we've gone from more than 300,000 new cases a day to fewer than 20,000 and saved an estimated 279,000 lives, according to the Commonwealth Fund. About 99.5% of those who've died from COVID since January have been unvaccinated.

The vaccine works. We have 159 million examples to show that it's safe, effective, and probably not the Mark of the Beast. On the other hand, COVID kills. We've got 606,000 body bags as evidence.

But we've hit a vaccine wall. Most of the people who haven't gotten a shot say they never will. And nearly all of them are Republicans. Of the 10 states with the lowest vaccination rates, all but Georgia backed Donald Trump in a landslide. (The 10 states with the highest vaccination rates were all blowouts for President Biden.) Hot spots have emerged in low-vaccination areas in Arkansas, Missouri, Texas, and Nevada. Cases in Florida jumped 115% over the last two weeks; in Louisiana, 142%; in Alabama, 159%; in Arkansas, 174% — all states below the national vaccination rate. Nationwide, cases grew by 59%, even as the number of COVID tests declined precipitously. Hospitalizations are beginning to grow, as well.

The worst part: Almost all of these illnesses, and the deaths that will inevitably follow, are the result of deliberate choices. People chose to risk their lives — chose to die — for nothing.

There's no rational risk assessment that justifies forgoing the vaccine. Ultimately, this is psychological, rooted in the things that formed Donald Trump's base — a distrust of institutions, a skepticism of expertise, a tendency toward conspiratorial thinking, a sophomoric interpretation of "liberty" and atavistic tribal loyalty.

As with climate change, negative polarization and propagandistic media reinforce these traits.

More troubling than the flapping gums of loudmouths, Tennessee backed off a campaign to encourage youth vaccinations after Republicans accused health officials of "peer pressuring" teenagers, as if (a) that's something adults shouldn't do when we can save their lives, and (b) a Facebook flyer that says, "Give COVID-19 Vaccines a Shot" counts as peer pressure.

It's not that they're stupid, necessarily. It's that, for reasons bordering on pathological, they're choosing to behave stupidly, no matter the consequences. The more facts they hear, the more those in authority plead, the more they dig in. They won't get inoculated because they've been immunized against reality.

Here's the thing: If we can't defeat the pandemic because of willful ignorance, how can we tackle the much more daunting existential threat that lies ahead?

In a decade or two, the generational churn of Gen Z's replacing Boomers in the electorate will make major climate reforms more likely. But time isn't a luxury we have. Every day that passes, the price of inaction rises.

We've chosen stupidity. The check is coming due.