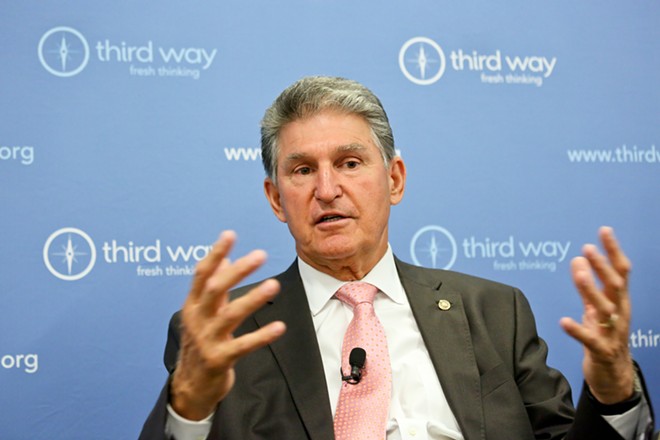 On Saturday, The New York Times reported that Donald Trump's chief of staff, former North Carolina congressman Mark Meadows, spent the waning weeks of the administration pushing the Justice Department to investigate the Trump campaign's election conspiracy theories. Not just the now-familiar baseless allegations of fraud in Georgia, but also a YouTube fantasy that Italians used satellites to switch ballots from Trump to Joe Biden.

While this was happening, emails released on Friday show, Trump and Rudy Giuliani were leaning on the president of Arizona's state senate to audit the results in Maricopa County, which the Senate later engineered to comic effect. Meanwhile, The Washington Post reported on Sunday, Republicans in Pennsylvania pressured friendly county officials to allow a contractor to look for fraud. Only one county went for the audit; it, of course, found nothing.

Not that it matters. The Big Lie can never be disproven. To those outside the MAGA bubble, the lawsuits and audits were absurd; to those inside, they were smoke indicating a fire that Trump's enemies covered up. For the MAGA crowd, that's what justified the Jan. 6 insurrection. And for them, that's what justifies the crackdowns on voting rights all over the country.

This is treacherous terrain. Last week, Trump's felonious first national security adviser, Michael Flynn, endorsed a coup. Last weekend, the ex-pres told the North Carolina Republican Convention that the 2020 election "will go down as the crime of the century, and our country is being destroyed by people who perhaps have no right to destroy it," suggesting the audit in Arizona, as well as possible audits in Pennsylvania and Georgia, will show he won.

Trump, in fact, reportedly believes he could be reinstated by August, an idea he got from the MyPillow guy. That won't happen, clearly. But it's more grist for the mill. For more than half of Republicans, it's now an article of faith that any election Democrats win is illegitimate.

A once-unthinkable scenario is no longer implausible: In 2024, the Democratic candidate — Biden or someone else — wins the popular vote by five or six points and wins more than enough states to secure an electoral majority. The Republican candidate — maybe Trump, maybe some Trump acolyte — claims fraud. Republican secretaries of state in purple states refuse to certify Democratic electors, or legislatures in, say, Georgia, Arizona, Michigan, Wisconsin, Pennsylvania, or Texas override those slates. Congressional Republicans, after winning the House and Senate through voter suppression, name the Republican president.

As the historian Timothy Snyder writes, "No one is seeking to hide that this is the plan. ... If your platform is that elections do not work, you are saying that you intend to come to power some other way. The Big Lie is designed not to win an election, but to discredit one. Any candidate who tells it is alienating most Americans, and preparing a minority for a scenario where fraud is claimed. This is just what Trump tried in 2020, and it led to a coup attempt in January 2021. It will be worse in January 2025."

And that brings us to Sen. Joe Manchin, a man proud to not see the thing right in front of his eyes.

On Sunday, Manchin wrote an op-ed in his hometown Charleston Gazette-Mail pledging to vote against the For the People Act and to never weaken the filibuster. In an evenly split Senate, that dooms both that ambitious voting-rights bill and much of Biden's agenda. Manchin's argument boils down to the notion that bipartisanship is more important than democracy.

"The truth, I would argue, is that voting and election reform that is done in a partisan manner will all but ensure partisan divisions continue to deepen," Manchin writes, going on to say that Democrats are ignoring how the filibuster has been "critical to protecting the rights of Democrats in the past."

Manchin, of course, is ignoring the filibuster's long, unambiguously racist history, as well as the fact that Mitch McConnell has employed it in a way that renders the Senate dysfunctional. If the Senate is dysfunctional, Democrats can't fulfill their promises. That is the point.

Manchin isn't the only Senate Dem who thinks this way. He can afford to be the most outspoken because, coming from the very red state of West Virginia, it's good politics back home. The same can't be said of his partner in obstinance. Arizona Sen. Kyrsten Sinema's Joe Lieberman schtick will walk her straight into a primary abattoir come 2024. I can't tell you whether they're holding hostage not just the progressive agenda but the future of our democracy due to naivete, vanity, or calculation. But I know this: There's a war being waged. If Democrats — all of them — can't bring themselves to acknowledge its existence, much less to fight, they'll lose. If they lose, the country loses.

This is the most important story in national politics right now. Either authoritarianism will win, or the filibuster will go.

Since Manchin thinks he can split the difference, here's an easy test: Pass the John Lewis Voting Rights Advancement Act, which he not only endorsed in his op-ed but claimed has "bipartisan support" (he named one Republican). The bill would reinstate the Voting Rights Act's preclearance requirements for state and local changes to voting rules and stop some of the worst ballot-access offenses before the 2022 elections.

Go find 10 Republicans to break the filibuster and report back to us, Joe. Put up or shut up.