What Will Being Mayor of Detroit Mean?

A field of candidates vies for the toughest job in America. 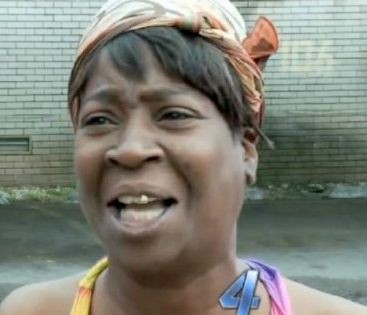 DETROITTHESE DAYS is a city where all real power is currently held by a state-appointed emergency manager, who is now working to transfer control to a federal bankruptcy judge.

The emergency manager will be here at least until a year from October; nobody knows how long bankruptcy will take.

Still, there’s a tremendous battle over who will become the city’s next mayor — though for at least the first nine months of the winner’s reign, the job will be largely that of a figurehead.

Think about that. People are knocking themselves out, spending millions, and getting excited about a job which: a) will be powerless at first, and b) even when and if full control is restored, still may be the worst and toughest elected position in the United States of America.

So who says nobody believes in democracy anymore?

The primary, which will narrow the field from the current 15 to two candidates, is less than two weeks away. Everyone concedes that one of the top two finishers will be Wayne County Sheriff and former Detroit Police Chief Benny Napoleon.

The only real questions are these:

And … will all those votes be allowed to count?

Weeks ago, when he announced his write-in effort, I wouldn’t have given a nickel for Duggan’s chances. Voters have to remember to write in his name and fill in an oval next to it.

The most recent major write-in effort flopped. Last year, after Tea Party radical and reindeer trainer Kerry Bentivolio was the only name left on the GOP primary ballot in the 11th congressional district, suburban Republicans panicked.

They talked a former state senator, Nancy Cassis, into launching a write-in campaign. The voters in that race were, on average, considerably more educated than those in Detroit.

But her write-in effort failed by a two-to-one margin. However, Mike Duggan is spending lavishly to try to get Detroiters to try to write in his name, and two recent surveys by respected pollsters Mark Grebner and Ed Sarpolus show that he may well be able to not only pull it off, but finish first.

Yet there is also a possible nightmare scenario:

Candidate Tom Barrow is the perfect picture of a man whose time has come and gone. He has gotten into a mayoral runoff three times — 1985, 1989 and 2009, with a little stretch in federal prison (tax evasion, fraud) in between.

He has lost — badly — every time. Yet he keeps offering himself to the voters, evidently because there’s some part of “we don’t want you,” he can’t understand.

Currently, Barrow is more obsessed with Duggan than Captain Ahab was with Moby Dick.

Barrow fought to keep him off the ballot, and then fought unsuccessfully to block his write-in effort. You just know that if the vote is close, Barrow will challenge every Duggan ballot.

Several weeks ago, I asked the Michigan secretary of state’s office if write-in votes had to be spelled correctly to count. No, spokesman Fred Woodhams told me.

But the voters’ intent has to be clear. If a vote is challenged, who decides? The Wayne County Board of Canvassers, Woodhams told me.

Beautiful. You just know some people are going to write in “Dugan” or “Mike D” and other such versions, and some will fail to completely fill in their ovals. Barrow will challenge every one of those votes, especially if he is running third.

We could, indeed, see some replay of the famous Florida recount mess of 2000, with roomfuls of canvassers squinting at votes. With this added problem: They will have only a limited time to certify two primary winners, so they can start printing absentee ballots for the Nov. 5 election.

What finally happens is anybody’s guess. Based on the candidate debates that have been held, Duggan seems the only one with a vision to get the city through this, and enough apparent savvy and bullheadedness to be able to run things.

Unfortunately, he has been willing to shamelessly pander to the voters, and say silly things he knows not to be true, such as his claim that no emergency manager was needed.

Benny Napoleon is a very charismatic man who offers what I think is an excellent critique of the crime-fighting blunders Detroit has made, such as abolishing the gang squad.

Yet as a candidate for mayor, he has been mainly a Johnny-one-note, and there is more to all this than crime.

As for the other candidates on the ballot, they range from nonentities to bad jokes to not ready for prime time.

Bizarrely, Fred Durhal often has seemed to make the most sense, though he doesn’t have a prayer, and is willing to sell out at the drop of a hat to Matty Moroun.

So if the polls are right, we’ll see a Duggan-Napoleon showdown in November. How that will turn out, nobody can yet say. The question is this: Will black Detroiters vote for a white guy who is basically from the suburbs over one of their own?

They have never been willing to do that before.

Yet times have changed. If anyone wants my recommendation on who the next mayor should be, here goes: Forget what they say about what’s happening now. What they think about the emergency manager law isn’t important.

What they think of the bankruptcy process doesn’t matter much either. What does matter is where the next mayor plans to take this city afterward, when the emergency manager has left and the city has gone through bankruptcy.

How do we start over? How does Detroit, shorn of debt but also probably some of its meager assets, stay solvent?

How does the city attract new residents, new businesses, and new vital energy? How does Detroit attract families with children and create a network of decent free public schools?

We can fix this city, all of us, if we want to. If, that is, we are willing to make tough decisions and throw away all our silly little racial and ideological blinders. So let’s do it.

There aren’t any other choices left.

THREE YEARS AGO, Helen Thomas, who did more for women in journalism than anyone in history, had her career end on a sour note.

Thomas, who died Saturday, made some nasty and intemperate remarks that seemed to imply all Jews should leave Israel and go back to “Germany, Poland, [and] the United States.”

That was over the line, and Thomas had, sadly, become less of a journalist and more of a ranting cranky old lady in her last years. But that’s not how she should be remembered.

Helen Thomas went to Washington to work as a hard news reporter in an era when women didn’t do that. She smashed glass ceilings for generations who came after her.

She covered nine presidents as White House correspondent, an achievement I don’t think anybody has ever matched. She worked tirelessly, asked hard questions and held their feet to the fire. She always made time for young reporters, and always was proud to say that she was from Detroit.

She was the working-class daughter of immigrants who put herself through Wayne State, and made it big on the national scene. Yes, she had flaws. But wouldn’t we be better off if the rest of the press corps had joined her in asking President George W. Bush, “So why the hell do you want to invade Iraq?”