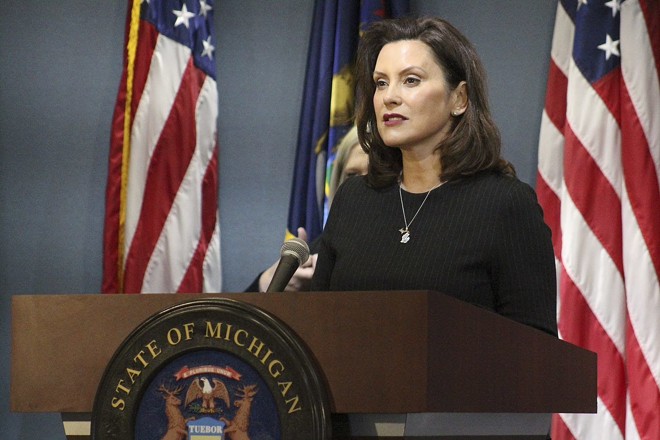 Gov. Gretchen Whitmer on Tuesday slammed the Republican Senate majority leader for being an “anti-masker” who refuses to promptly work with her on coronavirus safeguards after the Michigan Supreme Court struck down her emergency powers during the pandemic.

“I think it’s concerning that the top Republican in Michigan government is an anti-masker and doesn’t want to encourage or require everyone across the state to mask up,” Whitmer said at a news conference, adding he has shown “a real disdain for science and ignorance of the epidemiology we are up against.”

Whitmer is calling on lawmakers to return from recess and work with her on creating safeguards as the number of coronavirus cases continues to climb. Republican leaders have declined.

“I am in the Capitol today,” Whitmer said. “The Legislature’s not.”

Since Republicans don’t support restrictions such as mask mandates and social-distancing, Whitmer’s administration has found a way around the emergency orders that were struck down by the state’s highest court. Robert Gordon, director of the Michigan Department of Health and Human Services, issued an order on Monday afternoon that require masks and limit gatherings.

“Michigan was hit hard by COVID-19 early in the pandemic,” Gordon said in a news release. “Strict preventive measures and the cooperation of Michiganders drove those numbers down dramatically, greatly reducing the loss of life. As we head into flu season, this order is necessary to protect vulnerable individuals, ensure the health care system can provide care for all health issues, keep schools open, and maintain economic recovery.”

“The highest court in our state couldn’t have been more clear in their ruling – they told @GovWhitmer to stop breaking the law by going it alone and to work with the Legislature to tackle the pandemic,” Shirkey tweeted. “Clearly she didn’t get the message.”

The highest court in our state couldn’t have been more clear in their ruling – they told @GovWhitmer to stop breaking the law by going it alone and to work with the Legislature to tackle the pandemic.

Clearly she didn’t get the message. https://t.co/jiMkUv5Ctr

At the news conference, Whitmer said Michigan must remain vigilant to contain the virus.

“CVOID-19 didn’t stop its threat just because of a court decision or because we are tired of it,” Whitmer said. “We can’t squander the sacrifice we made to get here.”