Winter of Our Discontent 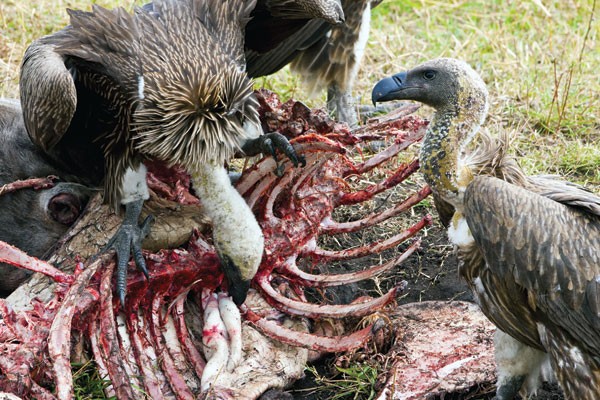 It was hot inside Mulenga Harangua’s house. Well, it was hot inside the room we were in. The wood-burning stove Mulenga had installed was going in his main room, and all doors were shut to keep the heat in. It worked. There was a five-gallon container of water atop it. Mulenga called it his water heater.

“I wanna take my clothes off,” said Mulenga, quoting the old Nelly tune and starting to unbuckle his belt.

“Why shouldn’t I take my clothes off?” asked Mulenga, although he stopped disrobing. “I’d be no more naked than Detroit is with this bankruptcy going on.”

“Yep, that’s pretty obscene. We’re out here dangling in the wind with everything exposed, and vultures are lined up to pick at our tender parts. We’re looking at rough times in the near future. But it’s not like I expected anything else.”

“Not all the tender parts will get picked,” Mulenga said. “For instance, the folks who started the fund to save the DIA’s art. That guy donated $5 million. People with money are going to save the things they want.”

Snowflakes were flying past the window Mulenga had covered with plastic to keep the heat inside. A least his chairs weren’t covered in plastic. I’d be sweating all over them.

“That’s pretty much it,” I said. “Folks with big money can buy what they want. I don’t blame them much, except that there are a lot of people who wouldn’t give a nickel to a starving child suddenly finding the cash when it comes to furthering their own agendas.”

“Hey, I like it too,” I explained. “It’s one of those things that put Detroit on the map. People come here to see that stuff. It inspires others. I was at the MOCAD the other day and saw something mentioning the Rivera murals. They have spin-off effects. I don’t necessarily agree with everything about the place, but art is a big tent. By necessity it covers a lot of ground. Without the DIA, Detroit would be a much bleaker place. On the other hand, we’re talking about taking money out of the pockets of retirees, people who would turn around and spend it, putting money back into the economy. It’s going to be tough changing the city’s direction if people aren’t spending money.”

“I’m doing pretty well and I’m not spending much money.”

“Mulenga, you may be a special case.”

“I’m not so special. There are a lot of folks like me out there, trying to do things in a different way. Trading labor to each other; growing their own food. How do you think I got this stove? Maybe Detroit should have its own medium for trade, like those bitcoins they use online.”

“Keep it up. But I don’t think EM Kevyn Orr is going to count on it.”

“No, he won’t. He’s doing what he came here to do. It was bankruptcy or nothing. You saw how the judge pointed out that Orr had not bargained in good faith with the unions. Yet he still allowed the bankruptcy to move forward. It’s not like we’re supposed to pay off $16 billion in obligations next month.”

Mulenga pulled out his harmonica and blew a couple of low notes. He started singing: “We owe $16 million, and I don’t have a dime. What can you do when they say your whole life is just a crime.”

“Not bad, Mulenga. You need to go to some of those open-mic shows.”

“What I need to do is blow a blue note in Orr’s ear to remind him of where he came from. He’s giving a lot of people the blues. But he did tell one truth during a press conference after the judge’s decision was announced. He said he had been meeting with the mayor. Then he corrected himself to say mayor-elect. So he’s been meeting with Mike Duggan. That just verifies that Mayor Dave Bing doesn’t count. It’s not even like Orr said he was meeting with Duggan and Bing. It’s just Duggan.” Mulenga put the harmonica back to his lips and held it there.

“He should have said Mayor-Elect Duggan,” I said. “Around here if you just say ‘the mayor’ without identifying the name folks might think you’re talking about Coleman Young.”

Mulenga laughed and spit at the same time as the harp flew out of his mouth.

Mulenga caught his breath. “It’s just that I have little names for the mayors around here and you got it right on Young. I call him ‘The Mayor.’ His shadow still looms over things around here. Nobody since him has come close to taking the moniker away.”

“What else you got on that?”

“Well, I’ll take it back to Roman Gribbs. He was ‘The Sheriff.’ He had Benny Napoleon’s job at Wayne County before he became mayor. That was in 1969, not long after the uprising. He brought us those STRESS units, which pretty much led to Young. Black people in Detroit did not like being terrorized by police gangs.”

“Well, what about Archer?”

“He was ‘The Casino Mayor.’ He brought the casinos to fruition in the city. He also brought a bit of stabilization. At this point, the tax revenues from those institutions were holding the last line of economic viability for the city. And just by virtue of not being Young, he lowered the harsh rhetoric between city and suburbs.”

“Well, Kwame was ‘The Crime Mayor.’ I don’t think I have to elaborate on that. Any gains we may have made under Archer went away with him. Then Ken Cockrel Jr. was ‘The Quickie Mayor.’ Blink your eyes and you missed his six months in office. Bing is ‘The Ghost Mayor.’ Although he’s been around for more than a full term, you hardly knew he was there. He is the mere apparition of a mayor.”

“And what about Duggan?”

“Orr’s comment to the contrary, he’s not mayor yet. At this point he’s ‘The White Mayor.’ Maybe that will change after he gets going. However, if he’s still considered the white guy by the end of his term, it will mean that his term was a failure. He’s got to be known for something else before it is all over.”

“By then maybe we will be clamoring to have Mulenga for mayor.”

Mulenga’s eyes lit up. “I can write a song about that!”