Winter Virgin: How I ended my 35-year summer vacation 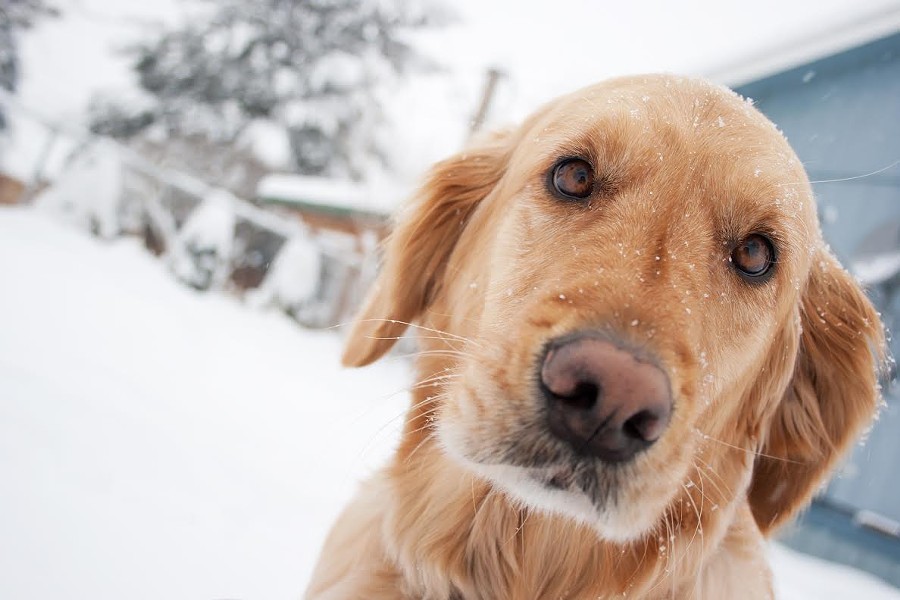 I moved to the area less than four months ago, just in time for my first Midwestern winter in 35 years. I spent the last 16 years in the Pacific Northwest.

The winters there aren’t too cold, but they are dark and gloomy and almost-literally pissy for seven full months, these constant drizzles of stupid rain. It rains sideways in that place, and the serious truth is that everyone there is totally concerned with how well you recycle and thinks very highly of his or her own yarn-based art pieces. I never got used to it, so finally I had to bail.

I’m lucky; I was supposed to move here at the end of 2013, which everyone tells me was the most brutal winter in decades. I could tell from afar that all my Detroit friends were losing their minds just from Facebook posts of cabin fever and the photos of second-story drifts. I couldn’t believe that winter here extended until almost May last year.

This winter seems not so bad (if it gets irredeemably worse, you can all blame me for jinxing it just now). But there’s still a lot to learn. I’ve never lived in a climate where locks routinely don’t work; that’s a new one to me. What I don’t get is, if they made all these cars here in the first place (and, yes, I know that was decades ago), why didn’t they make the locks out of something that wouldn’t stop working just because it got cold? This is an outrage. (And, yeah, I’ve learned; I now own two different cans of lock stuff.)

My normal impulse in winter would be to hibernate: maybe work on some projects, sleep in a lot, read some books, and sleep some more. I didn’t realize that had a lot to do with the constant gray of Seattle and Portland. When I wake up here and take the dog into the backyard to pee, the sun is slanting up out there and everything is white from snow. That shit really energizes me. Also the fact that it’s so cold, that really is a heart-starter right there.

You’d think that snow and ice would be a great match for the Detroit roads, which are in such abysmal shape they feel more like a test surface for combat troops than something people are expected to drive over every day to actually get to places. Wouldn’t the ice and snow act as temporary in-fill, creating a patch so that your shocks don’t disintegrate just in going out to get a Telway burger? Also, maybe there would be more than one snowplow for entire district?

I haven’t found a playmate for my dog yet, so I generally try to play with the guy more than ever. In the winter, that’s not super easy to do. I did make a big space for us to play catch in the basement. But he doesn’t really get into it, and gives me a look like, “Really, you’re doing this here?” He only half-heartedly tugs on the rope toy a few times before heading back upstairs to plop himself on the couch. He does love the snow, and gets super playful in it. But we can’t play catch so well out there, partly because the toy keeps getting lost in the snow. I think I’m going to have to get a second dog in order to keep him happy and healthy. And it’s all the weather’s fault.

While out walking the pup first thing in the morning, that’s when I quickly learned all of the clothing things that are obvious to all of you. I learned that it’s ridiculous to leave the house for more than 30 seconds without adequate head covering, especially the ears. Why is it that the top of the ears that hurt so much? Whose idea was it to put all those nerve endings up there? It’s just a stupid flesh flap, anyway. I learned that hands in the pockets are no substitute for gloves, even on a short walk. And in single digits, those dollar-store gloves will not be very helpful. And long underwear is another area where it’s really worth it to get the fancier, more expensive REI, ski person, silk-type gear. Apparently, I need to get sock liners soon, and a mask too. No pipes have burst from the cold, and my mirrors haven’t gotten clipped from parking on the street. I’ve yet to break a limb, or spin out on the highway, thanks to ice. I really hope none of that stuff happens, or that it doesn’t all happen at once. Honestly, the worst thing thus far has been my heat bill. I did need a jump-start today from AAA, because of this weather. I only left my phone charging in the car for 10 minutes, something that typically would have no effect on the battery’s ability to turn over. But when I returned, there was that damn “click click click” sound.

It’s a super obvious thing to you, but I learned a few days ago why one should do a thorough job of shoveling the walk. I only half-assed it, especially on the cement in front of my steps, because the snow was so wet and just a few inches thick anyway. I figured it would melt later, so if I were to push most of it out of the way, then that would be enough. By half-assing it, I left behind some slicks of slush. That garbage then became ice when it dropped down to single digits the next day, and it was like I was trying to kill my mail carrier. But I wasn’t! She’s awesome. Next time, I’ll know better.