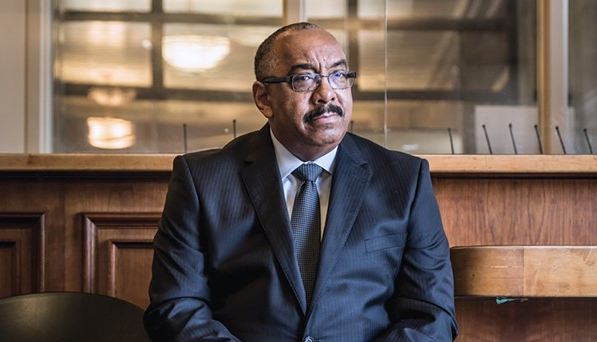 Now here's an idea that seemingly could not be more timely: A National De-escalation Training Center (NDTC) has been established to teach law-enforcement personnel innovative and nonviolent ways to resolve conflicts with the public, and the Wayne State University Police Department has been selected as the center's regional headquarters.

Given America's current crisis of nightly marches to protest police escalations in the August shooting of Jacob Blake and the deaths of Breonna Taylor, George Floyd, Rayshard Brooks, Stephon Clark, Botham Jean, Philando Castile, Eric Garner — we could go on, but we'd fill the page — one could argue that most metropolitan colleges or universities could play host to such a program.

Was Wayne State chosen because of Detroit's enduring reputation for crime and violence? Because the city is nearly 80 percent African American? Because of our history of fierce run-ins between civilians and police? None of the above, according to Dr. Patrick Guarnieri, the Florida-based chairman, CEO, and creator of the NDTC program. It was selected because of Wayne State's national reputation as a major urban research university.

And because of WSU Police Chief Anthony Holt.

"It was originally going to start elsewhere," says Guarnieri, former director of training for the National Intelligence Program at the University of South Florida. "But as we were forming it and weighing our options, Wayne State provided the most amenable campus for what we wanted to do, to set up regional centers across the United States and have the headquarters co-located with a university.

"Chief Holt gets the credit for this," says Guarnieri. "Oh, God, what a great human being. It's because of his perspective on progressive and innovative policing and [WSU President M.] Roy Wilson's perspective on community police relations. ... We've been to Florida, we've been to Texas, but Wayne State offered the best opportunity."

In essence, Guarnieri took one of the world's oldest and most widely accepted personality modeling tests, DISC (Dominance, Influence, Steadiness and Confidence), applied it to de-escalation training, and updated it for the first time since it was created in 1928. He added 26 subcategories to more specifically identify personality types, naming the revised system DISC Esoterica. After receiving the training, officers should be able to identify the type of personality they're encountering, often within seconds, and adjust their approach to maximize communication.

"Traditional de-escalation practices are excellent for the most part, but flawed because they use the same methodology on every single subject," Guarnieri explains. "We use that methodology, but augment it by taking into consideration the person's individualized personality traits."

And nearly two years ago, when Guarnieri first laid out his new concept to Chief Holt — who once championed a pilot program that placed a professional social worker inside every WSU squad car — he found a willing partner.

"This is not a 'one-size-fits-all' training," says Holt, a stalwart on WSU's force for more than four decades. "The goal is to reduce the number of incidents where force comes into play. That horrible incident in Minneapolis could possibly change the whole scope of the culture of law enforcement. You've got to look deep within your organization. When you talk about community policing, now you've got to take a deep dive into it."

That "horrible incident in Minneapolis," of course, was the Memorial Day murder of George Floyd at the hand — or knee — of police, a crime that galvanized the Black Lives Matter movement and triggered street protests and demonstrations that continue to this day. Both Holt and Guarnieri say it was mere coincidence that the NDTC should emerge at this time. "I sent two officers to Texas in January to participate in the instructors' pilot training, and they came back very impressed," Holt says.

Another tragic encounter occurring just weeks after the death of Floyd seemed at first to be Exhibit A for the benefits of de-escalation. Atlanta police called to a Wendy's drive-thru engaged an apparently intoxicated Rayshard Brooks for nearly 40 minutes before attempting to handcuff him. Brooks broke away, grabbed one of the officer's tasers, and tried to flee before he was shot from behind three times, killing him.

Could DISC Esoterica have changed that outcome?

"Well, when de-escalation is done properly, you engage the person, you bond and buy in with them by addressing whatever it is that is driving their behavior," Guarnieri says. "There is something called procedural justice, the individual's perception of the legitimacy of police. If an officer can establish that, studies have shown the likelihood of peaceful compliance is significantly increased.

"Procedural justice is, number one, being professional and respectful, which they started off doing in Atlanta, but it's even more important to understand personality. If a person has a dominant personality, the more choices you give them to make decisions, the more the likelihood you will get compliance. In other words, let the person speak, let them have their point of view before you make a decision, then present options so they can have some input."

Like almost everything else in America, COVID-19 has affected the launch of the NDTC in terms of attracting officers to Wayne State for the intense two-day, 16-hour training. Meanwhile, the center has applied for nonprofit status so it can seek grants to help defray the cost for law-enforcement agencies that want to participate.

Holt says that once DISC Esoterica training has permeated his department, he plans to invite community members to learn about the program and receive input from groups like Black Lives Matter. "We can talk about how they want the police to interact with them and how we can better do our jobs," he says.

And until the pandemic is resolved and more instructors can be prepared, Guarnieri will be training the trainers himself. "I'm the chairman of the National De-escalation Training Center," he says. "I'm at the center of this, so I've got to do it whether I like it or not."