Superheroes never have to grow up, ever! 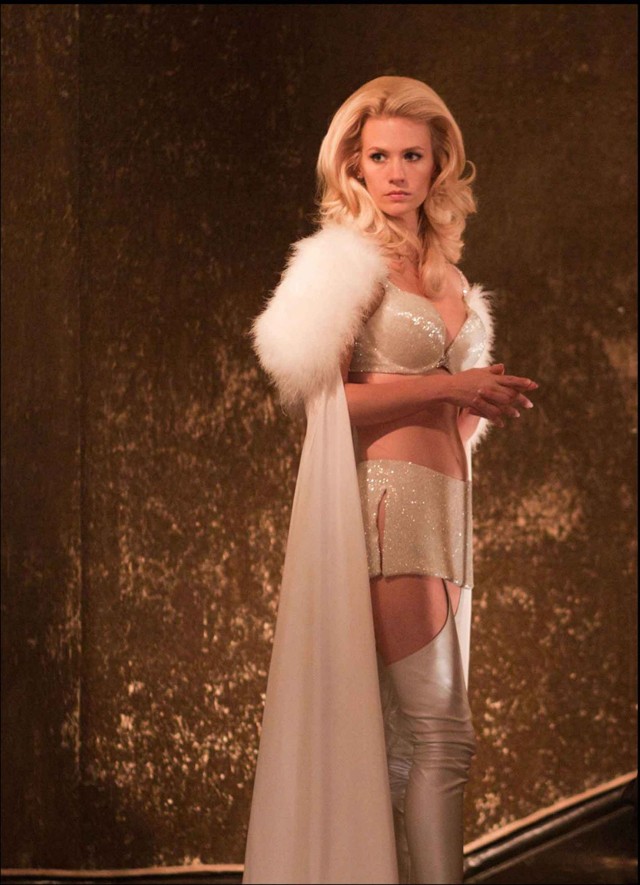 In the argument of nature versus nurture, X-Men: First Class stands as an interesting test case. Director Matthew Vaughn (Layer Cake, Kick-Ass) and his team get so many things right you can't help but be impressed by the boldness of their concept, casting and characters. The movie's 1962 setting is novel, the tone is effectively serious, the pacing masterfully frenetic, and leads James McAvoy and Michael Fassbender bring just the right gravitas to their roles.

Unfortunately, Fox Studios is a notoriously bad parent, meddling with story lines (the script is credited to six writers) and rushing timelines to meet a predesignated summer release date — no matter what the impact.

With the start of the swinging '60s as its backdrop, X-Men introduces us to genetic wunderkind (and skirt-chaser) Charles Xavier (James McAvoy) and his brooding Nazi-hunter counterpart, Erik Lehnsherr (Eric Fassbender) — the men who'll eventually become Professor X and Magneto, respectively. Both are out to stop mutant supremacist Sebastian Shaw (Kevin Bacon) and his Hellfire Club — but for very different reasons. Charles hopes to derail the villain's plans for nuclear Armageddon, while Erik is out for revenge, having suffered as Shaw's Nazi guinea pig during the war. Teaming up, the two put together a squad of super-powered students to fight Shaw and his mutant baddies.

More informed by The Man from U.N.C.L.E. than Marvel Comics, this retro prequel does a decent job of exploiting its period trappings in style, geo-politics (the Cuban Missile crisis) and feel. But it misses some rather obvious cultural touchstones (the dawning Civil Rights movement) and never quite rationalizes its retro approach. The first hour sets up some fascinating relationships and juxtapositions, while feeding the audience a steady stream of entertaining vignettes. Vaughn cleverly and carefully assembles the elements for an epic confrontation between privileged-but-idealistic Xavier and rage-filled Erik.

The script is needlessly stuffed with too many super-powered subplots and minor characters, too often sacrificing relationships for plot points. This bogs down the film's second act with seen-it-before origin tales and "let's put a team together" story mechanics. The CG effects, while ambitious in scope, seem unfinished and sloppy, never achieving the spectacle they were clearly meant to create. And even Fassbender, in an otherwise terrific performance, lets slip his Irish accent in the film's final scenes. Couldn't Fox have delayed a day or two to get that corrected in an ADR session?

Ultimately, it's director Vaughn who emerges as the true hero here (the less said of Mad Men's January Jones' leaden performance, the better), using a breathless pace and off-kilter compositions to mask the story's many gaps in logic. He has a way of creating memorable action moments, cannily suggesting rather than explicating their disturbing violence. Devil-colored Azazel's ability to dispatch a dozen G-Men in a matter of seconds is especially effective.

As the second of the season's four big-budget comic-book movies, there's little doubt that X-Men: First Class is trying to do more than simply offer up mindless mayhem and gee-whiz effects. Like director Bryan Singer's fleet-footed but serious-minded entries in the series (particularly 2003's terrific second installment), Vaughn explores themes of xenophobia, alienation and self-created family. It's these instincts that set X-men apart from the typical genre fare and push it into the realm of Dark Knight's ambitions. But not quite. Fox, unlike Warner, doesn't seem to want to let its superheroes grow up.