Your guide to Detroit's ruins

Urban explorer Seph Lawless give tips for anyone crazy enough to follow his footsteps. 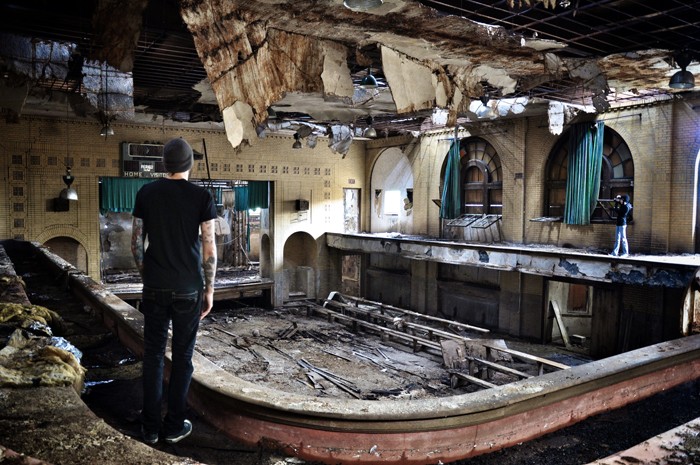 The fascination with Detroit’s ruins has only risen in recent years, even though the ruins have been sitting there for decades. “I was just up there [at the Packard Plant],” says Lawless, who is originally from Detroit but now lives in Cleveland. “On that day, on a Saturday, there were literally 200 cars there. I’ve never seen that many people.”

Lawless doesn’t discourage people from following his path, but he does advise wannabe explorers to exercise caution. “I was naive,” Lawless says. “Terrible things have happened to people who unsuspectingly go into these places and don’t really understand the danger.” Lawless has the following advice for anyone crazy enough to follow his footsteps:

Wear dark clothes: “Let’s face it, you’re going to places that you’re not really allowed to go in. You don’t want to draw attention,” says Lawless. “It’s trespassing across the board.” Lawless has been arrested more than 50 times for explorer-related incidents. “I never vandalize anything,” Lawless says, but he has been arrested for kicking in doors or removing plywood to access places. Beware.

Don’t put all your eggs in one basket: “If you’re going to park somewhere, a lot of the times your car will get busted into,” Lawless says. “I wouldn’t keep everything in your car, but I definitely wouldn’t keep everything on you.” Lawless advises keeping a phone in your car and on your person, and keeping a credit card in your sock. “You just have to assume that stuff is going to happen.”

Watch the floors: “People don’t understand how dangerous it is,” Lawless says. “I’ve had floors fall down while I was on that floor, and it shook the whole thing like an earthquake.”

Look out for wild animals: Lawless recounts climbing to the top of the Whittier Hotel. “That one has a falcon — two of them — that sit on top,” he says. “So when you go up there, you get attacked. It was quite an experience.”

You don’t have to go for the obvious landmarks: “There’s a lot of great, crumbling, kind of apocalyptic-looking homes in Brush Park,” Lawless says. “Some of them have been renovated, some of them have been taken over by the artists. I really get a kick out of the older-style homes.”

Be respectful: “What [people] don’t understand is these places aren’t really abandoned,” Lawless says. “Some of the most disenfranchised Americans live in these locations. You more than likely aren’t going to be welcome there. That’s the reality of it.” Oftentimes squatters will break glass on the stairs to serve as an alarm system.

You could be looking for trouble: “I carry,” Lawless says. “I’ve been confronted too many times. You’ll get wild dogs, pit bulls that will come right up to you. Criminals, drug addicts, people approaching you, all sorts of different things.” Fortunately, Lawless has not had to use his piece yet. “Honestly, it’s just a matter of time. I hope not. I’m not one of those guys. I’m non-confrontational.”

Give back: “A lot of people find it to be exploitative, and I kind of empathize with that a little bit,” Lawless says. “[Urban explorers] aren’t really spending a lot of money, and they’re taking pictures of the shittiest parts of the city and broadcasting them to the world.” So Lawless began partnering with charities like Educate Not Incarcerate and Feed the Children.