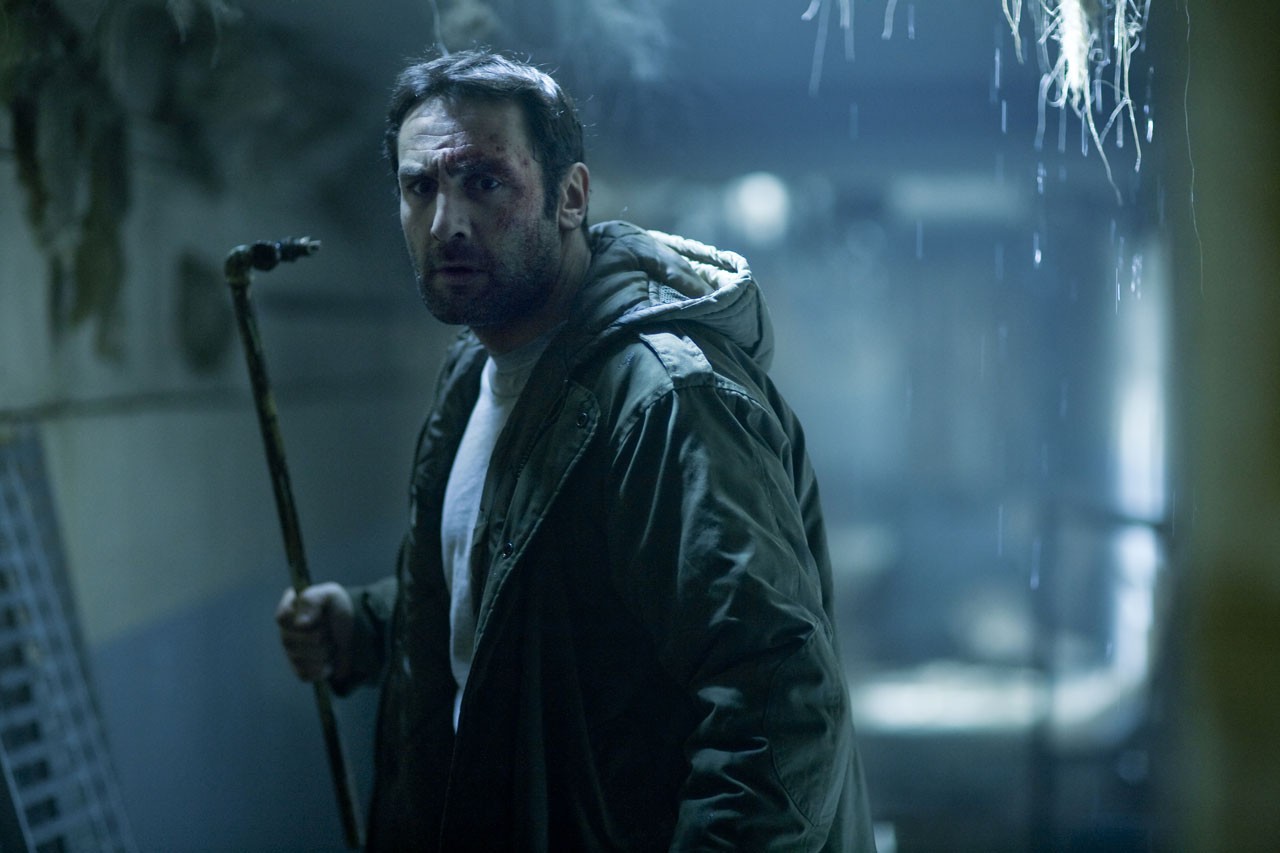 Ah, what taut direction, a galloping pace, and a sympathetic protagonist can do. Fred Cavayé's brisk Point Blank (not to be confused with John Boorman's brilliant 1968 noir) is astutely focused yet undeniably disposable, a snappy suspenser that's refreshingly free of huge stunt effects, melodramatic theatrics or absurdly convoluted plot mechanics. This French import knows its place, and doesn't pretend to be anything other than a shrewdly calculated thrill ride filled with car chases, narrow escapes, cruel villains and well-timed plot twists. Which isn't to say it isn't preposterous. But it's preposterous in a way that lets you check your brains at the door guilt-free.

After attending to a motorcycle accident victim, Samuel (Gilles Lellouche), a conscientious nursing student, gets pulled into a conspiracy involving assassination and corruption. Thugs kidnap his very beautiful and very pregnant wife Nadia (Elena Anaya) and blackmail him into helping the victim, Hugo (Roschdy Zem), escape from the authorities. This ignites a deadly game of cat-and-mouse, with Samuel and Hugo framed for the murder of a police detective, hit men on their trail, and Nadia passed from one set of bad guys to another.

Is there a sturdier plot line than the ordinary guy who must take extraordinary actions to clear his name and save his family? Hitchcock made his career on films like these, and Cavayé masterfully exploits every cliché of the genre as Samuel becomes both pursuer and pursued. From foot chases to cars to buses to the Metro, Point Blank is constantly in motion yet rooted in convincing detail and character. You have to like a movie where the hero, after a slam-bang escape, ends up vomiting in an alley.

Cavayé takes a mostly chaotic narrative and anchors his action in plausible character choices and motivations, letting the propulsive nature of human panic rather than the frantic contrivances of the genre provide a dramatic backbone. Lellouche and Zem give persuasive performances, grounding the film's breathless action with authentic human impulses. It's a smart approach given how obvious the later twists become. None of Point Blank's big revelations will surprise you, and, despite a thick layer of faux grit, its plot remains pretty unconvincing from start to finish. Still, when the climax comes — a nail-biting confrontation in a police station overrun with criminals that threads together three different plot lines — you won't care if who did what to who when.

With its lean 84-minute running time, blistering pace, and humanistic asides, Point Blank promises an entertaining and undemanding night at the movies, the kind of unpretentious race-against-time thriller Hollywood rarely makes anymore. But if you can't stomach the subtitles and French accents, you can always wait for the bigger, louder remake to hit the multiplex in a couple of years. It probably won't be as good.