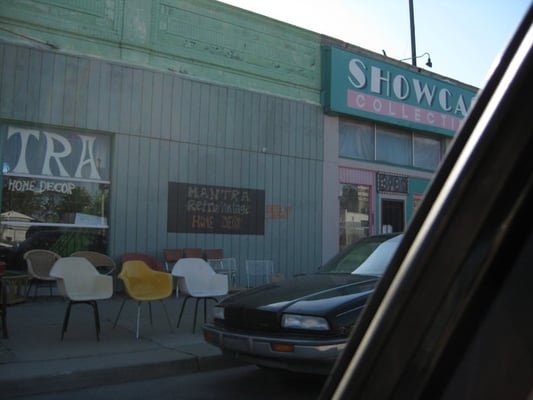 Showcase Collectibles, an antiques and collectibles shop in the heart of the Cass Corridor, will close in the coming weeks, an owner confirmed today.

Pat McNames, who has operated businesses at the corner of Cass Avenue and Peterboro Street with Showcase co-owner Gary Frundel since 1985, tells Metro Times the building that houses the shop was purchased about two weeks ago. The new owners are asking for higher rent that "we just can't afford," McNames says.

"We knew we'd eventually have to leave because" the area was becoming a "high-rent district," McNames says.

McNames says the building was purchased by Matt Hessler, owner of Rochester-based XS Tattoo, who confirmed the sale to Metro Times.

"I've always wanted to open a shop in Detroit, says Hessler, who has lived in the city for 11 years. "This Chinatown building is a great spot."

Hessler says he met with McNames and Frundel several times and offered them a new rental agreement, but, besides Showcase, the rest of the building is a mess. The level of work Hessler needs to put into the location — new roof, new water system, basement repairs — calls for higher rent to make up for the cost.

"I have to do a ton of rehab," Hessler says. "The building is really falling apart. [It] has not been sustainable in its current conditions."

Hessler plans to open an as-yet-unnamed new tattoo shop at the location, but no additional tenants have been lined up, he says.

It's unclear when Showcase will set a final date to close its doors. McNames and Frundel previously operated the Birdtown pet shop at the corner until it closed in 2006.