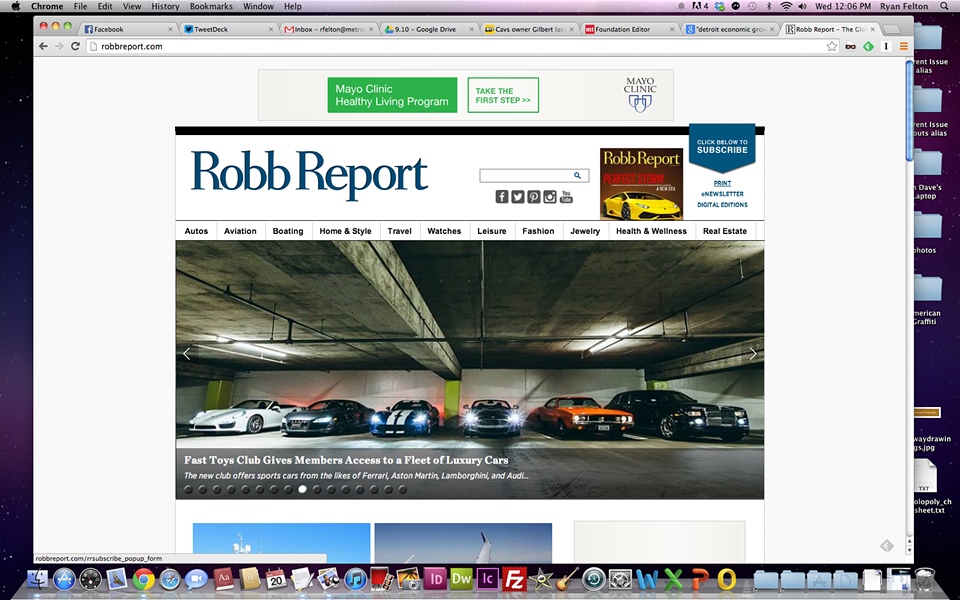 Though he has "no experience running any publishing entities," billionaire Quicken Loans Founder and Chairman Dan Gilbert is in talks to purchase a stake in CurtCo Robb Media, according to the New York Post. The company publishes the Robb Report, "a luxe lifestyle a mag for the ultra-rich," the Post says. A source told the newspaper Gilbert's bid is "about $60 million."

Gilbert recently made headlines for what seemed like an eternity because NBA superstar Lebron James agreed to return to the Gilbert-owned Cleveland Cavaliers. James' decision to leave the Cavs four years ago prompted Gilbert to pen a letter entirely in comic sans that remained active on the team's website until this July.

Gilbert, 52, recently was the lead investor of a $40 million round of funding into Rap Genius, a website that literally decodes and annotates rap lyrics.