Study: Proposed $1.8 billion widening of I-94 in Detroit a 'boondoggle' 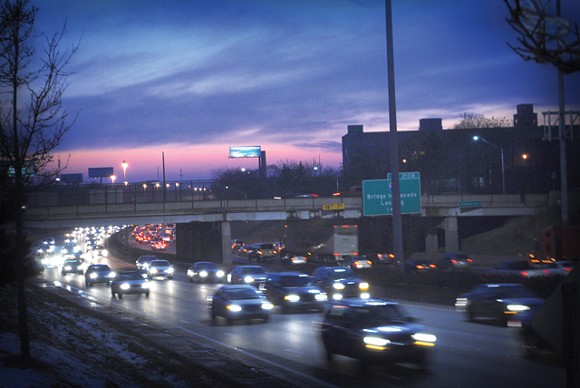 The proposed nearly $1.8 billion widening of I-94 in Detroit between I-96 and Conner Avenue has its share of detractors — those who vehemently disagree with the idea that adding an additional lane on each direction of the highway will resolve, among other things, traffic congestion. It's something we've highlighted here time and time again.

The project, along with a proposal to widen I-75 in Oakland County, has been under consideration by the Michigan Department of Transportation (MDOT) for decades. In part, that's why local groups have asked for a new environmental impact study be conducted on the project; the previous one, they say, is based on outdated information.

All of this, mind you, has taken place as metro Detroit appears to have turned a slight corner away from its car-centric past: The M1 Rail project broke ground this summer, the Southeast Michigan Regional Transit Authority has a new CEO who seems committed to make something happen here, and the MDOT is currently contemplating a proposal to transform I-375 into a pedestrian-friendly boulevard.

So is it time to permanently shelve the I-94 widening project? A new report expected to be released Thursday says about as much. The U.S. Public Interest Research Group (U.S. PIRG) has listed the I-94 widening through midtown Detroit as one of 11 highway "boondoggles" across the country.

A news release in advance of the study's release says it "calls for Michigan leaders to prioritize projects for scarce transportation dollars."

"The study ... points to data showing that the Detroit proposal is based on forecasts for increased driving in the region, whereas trends have sharply moved in the opposite direction," the release says.

Our January 2013 cover feature offers a rundown of the arguments for, and against, the project.