September 29, 2014 at 11:46 AM
comment
Proposals for the development of the old Tiger Stadium site, currently publicly cared for and loved, look to be riddled with nepotism and greed.

The developers under consideration are Detroit-based The Roxbury Group LLC and Bloomfield Hills-based Larson Realty Group LLC. The firms recently responded to the city's request for proposals with plans for a mixed-use development including retail and residential space.

Eric Larson, president and CEO of Larson Realty, is also the CEO of the Downtown Detroit Partnership. Stacy Fox, co-founder of Roxbury, has been Detroit's deputy emergency manager since October 2013. She leaves that post Oct. 1 to become senior vice president and general counsel of Wilmington, Del.-based DuPont...


The Old Tiger Stadium Conservancy Inc. and the Detroit Police Athletic League Inc. are also working on a proposal to restore the baseball field and build a new headquarters for PAL on Zone 3 and Zone 4.

It must be noted that the Old Tiger Stadium Conservancy hasn't set foot on that corner to help clean it or care for it in the 5 summers the Navin Field Grounds Crew has been there. It should also be noted that the Crain's piece says the site is being looked at to develop "like Campus Martius" and that all proposals on the table seem to be about privatization of The Corner and the limiting of public access.

Larson declined to get specific with his group's proposal but said it will "wrap the old ballpark with a series of neighborhood-style retail and residential."

As if there isn't any other land in Detroit that could be developed.

Read Rolling Stone's moving account of The Corner here. Every week, people scatter the ashes of their loved ones on the Field. Proposals for marriage are made, children play Little League games, families and the public from all over the world enjoy the space—made possible by the tireless efforts of the Navin Field Grounds Crew.

Citizens are encouraged to attend the Business Association Meeting TONIGHT, Monday, September 29, from 6pm-8pm at the Ponyride Building on Vermont at Porter. Representatives from the Mayor's office, Council District 6, and DPD will be there to listen. 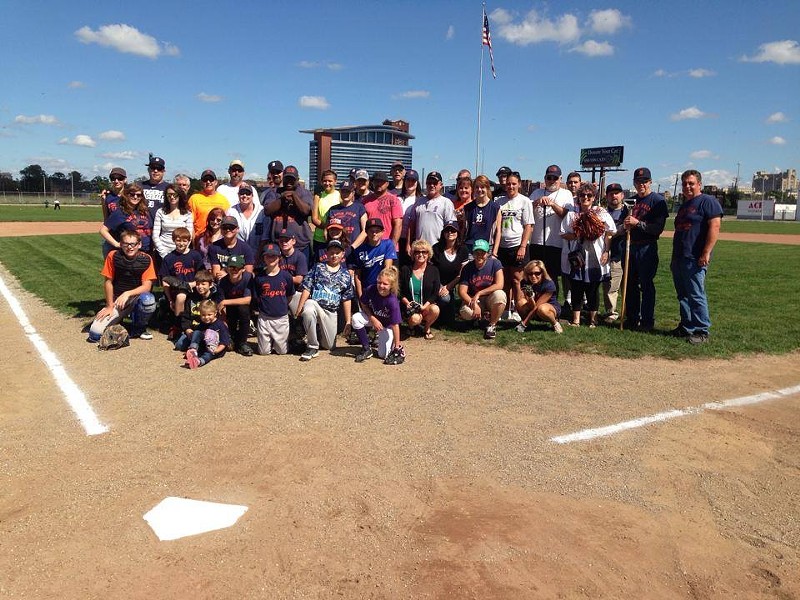