You can't sit with us: Ello is the hipster Facebook that nobody wanted 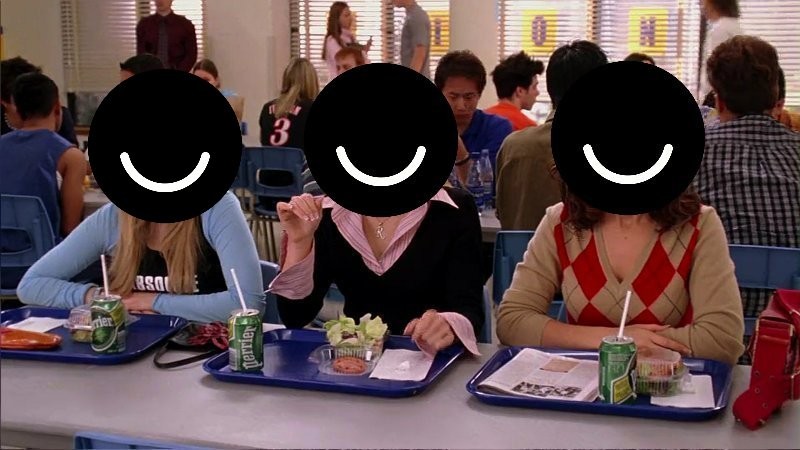 When news broke of Ello, a mysterious new social network that promised to be the "Facebook killer," there was a palpable buzz in social media — and a growing sense of dissatisfaction with our collective addiction to Facebook. The network promises not to sell ads or your information to advertisers. They have a hip, edgy logo. Reportedly there's a mass gay exodus to Ello based on Facebook cracking down on drag queens' pseudonyms, and everyone knows the neighborhood that all the gay people start moving into is destined to become cool. They even have a manifesto that proudly proclaims: "You are not a product."

Ello may sound like the social media site "for the people," but the beta version is invite-only —  kind of like the Plastics' table in Mean Girls. You know, "You can't sit with us." You want to sit there just because you can't sit there. We fell into Ello's manufactured hype trap, begging our friends to give us an invitation. But after fooling around with the beta version for a few days now, the initial report is we're pretty underwhelmed.

Yes, you can post GIFs. Finding users to follow is clumsy, though, and we've just been adding people we follow on Facebook as they post their new Ello handles to their Facebooks. Ello's other problems are well-documented: an overly-minimal design, lack of a mobile app, and otherwise resounding dullness chief among them. It should be noted that news articles don't post attractively to it. But that's not why we think Ello will ultimately fall to the same fate as Google Plus, that "neglected child of the social Web" (and no, it's not both networks' love of circles in their interfaces).

The reason is with the manifesto, the design, the logo, the stance against ads, Ello is positioning itself as the hipster social network. In a way they're clearly trying to emulate Facebook's early sense of exclusivity. For years, only select college email addresses could create Facebook accounts, thus creating demand. But anyone who saw The Social Network knows that Facebook's entire platform was really just built to perv on sorority girls, and to look at photos from last night's frat party.

Ello is no frat party. Maybe it's not even really like the Plastics' table. Honestly, only art school kids write manifestos. Do you think most people would rather sit in the cafeteria with the snobby popular girls or with the snobby hipster art kids?

(As someone who sat at the art kids table, I can tell you what the answer is. In the meantime, follow me on Ello, @leedevito.)