Have a look at the 20 ArtPrize finalists 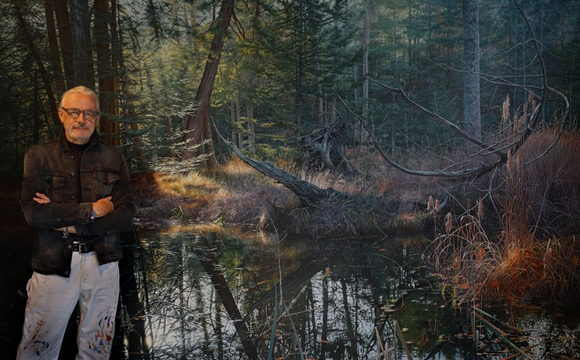 Three artists from metro Detroit are among the 20 finalists picked by the public to win $200,000 at ArtPrize, the "American Idol of art" that turns Grand Rapids into an art gallery on steroids — and no, it looks like Jerry Vile is not one of them. Frits Hoendervanger and Dominic Pangborn from Detroit compete for the Two-Dimensional and Three-Dimensional categories respectively, while Farmington's NewD Media competes for the Time-Based category.

Only six of the finalists are not from Michigan, and only one is not from the United States. The full list, with links to the artists' pages, are below. Voting continues through midnight on Thursday, and the winners will be announced Friday. As of the time of posting, 361,589 votes have been cast.

In addition to the public vote, a jury will pick their own grand-prize winners. Grand Rapids area readers can check out a panel discussion, "Why These Finalists?" to be broadcast from 7 p.m. to 9 p.m. on Oct. 6 and 7 on WOODTV-8.