News Hits: Wurlitzer Building continuing to cause problems for nearby businesses 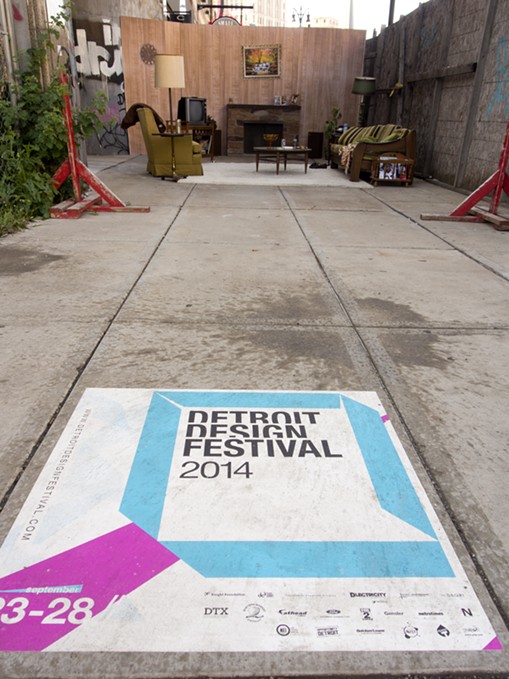 Chris Jaszczak has been dealing with the crumbling effects of the landmark Wurlitzer Building in downtown Detroit for some time.

About three years ago, a heavy chunk of the Wurlitzer fell onto Jaszczak’s coffee shop, 1515 Broadway, located next door. The impact of the blow left a hole in his building’s roof and screwed up additional support beams.

Worse, around that time, Jaszczak lost his property to foreclosure. But, after an outpouring of public support, the bank relented and worked with Jaszczak to allow him to obtain a new mortgage. Jaszczak, a self­noted longtime friend of Metro Times, and his shop have been an important pillar in the community, serving as a performance space and friendly cafe since the 1990s.

Still, the Wurlitzer has caused problems: As News Hits previously reported, Jaszczak had a hell of a time obtaining affordable insurance on his building with the hulking, crumbling Wurlitzer next door. And even though the city has pursued legal action against the owners of the 14­story Wurlitzer, the dilapidated structure remains a mess.

Somehow, last week, Jaszczak’s saga with the building managed to take another dreary turn. For months, it was revealed, a rigged fire hydrant has been servicing 1515 Broadway with water.

Why’s that? you ask. Well, the Detroit Water & Sewerage Department (DWSD) has refused to fix a long-broken water main because the Wurlitzer poses an imminent threat to workers. As you can imagine, the image of a plastic pipe duct­taped to a fire hydrant to service a local business with water drew the public’s attention.

But it wasn't just local media outlets who were concerned by the impact the Wurlitzer has on nearby businesses.

As the Hits previously reported, Paul Curtis purchased the building under a land contract in 1995. He transferred the ownership to 1509 Broadway LLC through a quit claim deed in September 2008, a move that appeared to have been a way to delay previous court orders to make the Wurlitzer safe.

The city’s recent case wasn’t new territory for the Wurlitzer’s owners. The city previously sued for nonpayment in taxes; in 2005, Wayne County sued the owners because of the building’s dangerous condition.

Still, nothing visible has been done. As Jaszczak explains, a number of nearby employees have become accustomed to the sight of scaffolding outside of the Wurlitzer, as if scaffolding is just supposed to be there seemingly in perpetuity.

“The Wurlitzer doesn’t just affect me,” Jaszczak says, “it affects the whole neighborhood.”

This time, however, Hollowell made it seem like something was going to be done. Hollowell wrote in a statement that a judge ordered the couple to remediate the Wurlitzer by stripping “loose brick from the building to make it safe for workers to repair the water main break.” The owners were ordered to place $100,000 in an escrow account for the work, which Hollowell insisted would be completed within the next two weeks.

Even then, the announcement wasn’t a victory for Jaszczak.

The following day, Jaszczak was being interviewed by Steve Neavling of Motor City Muckraker. The two spotted something unusual, Neavling wrote in his report: A city worker actually installing a meter on the fire hydrant. The worker, Neavling wrote, told Jaszczak the city would be “abandoning the broken water line and would eventually build a new one, so the coffee shop and theater will be forced to depend on water from the hydrant this winter.”

Jaszczak, rightfully, is concerned the hoses from the fire hydrant will freeze. In that case, it would mean catastrophe for his business.

Mayor Mike Duggan’s spokesman had no explanation for Neavling as to when a new line would be built, and, at press time, didn’t say why Hollowell offered a statement indicating the line would be fixed. Left out of the multiple media reports is any indication if the owners are worried about the building.

However, the Hits has reason to believe they must have some level of concern for the Wurlitzer.

In the nearby Madison Theatre Building, the design and advertising firm Skidmore Studios cranks out creative services for clients. Unsurprisingly, employees at Skidmore aren’t particularly fond of the Wurlitzer, either. So, last month, they tried to amplify that point during the Detroit Design Festival.

The firm constructed an art installation that offered the scene of a living room out of the 1980s, to draw attention to the decaying, deserted structure. Skidmore owner Tim Smith says it was meant to show what a room in the Wurlitzer might have looked like when it was occupied.

“In 1982, we believe that’s the last time the Wurlitzer was occupied,” Smith tells the Hits. “So we got furniture from circa 1982, set it up as the living room, and it was to, in an artful way, show what it must have looked like if somebody just picked up and totally walked out the door and never came back.”

About five minutes after the installation was in place, Smith says, a city building inspector happened to walk by. The inspector told them permits weren’t in place to construct any kind of installation. He wasn’t happy about the scene.

Someone else wasn’t happy about it, either: Judge Curtis.

Soon after the inspector arrived, Curtis arrived, and she wanted to talk with Skidmore employees behind the installation.

“She was claiming that we had no right to be there, that she wanted all these items removed, and that it was trespassing,” Smith says. “And we politely disagreed with that assertion.”

Skidmore wanted to use the Design Festival as an opportunity to make a statement and call attention to the Wurlitzer, Smith says. Considering the timing of the installation, which managed to coincide with news of the water main issue, it certainly has done that.

But, says Smith: “It’s ironic that within minutes of putting this up, this building inspector suddenly decides he wants to pay attention to it — which is great — but, at the same time, it’s indicative how dysfunctional we still are with getting some of this fixed.”

Whether Daphne and Paul Curtis will remediate the structure anytime soon remains unclear.

We reached out to Daphne Curtis for comment on the longstanding issues with the Wurlitzer, but the judge was not available.

As we wrote in 2012, the Hits is sure of one thing: The Wurlitzer is a longstanding, festering problem that has gone untouched for over a decade. And, for Jaszczak and others, it’s continuing to cause one problem after another.

Update, Wed. Oct. 8, 10:55 a.m.: Neavling reports that the city has plans to fix the broken water main, and will start to remove brick from the Wurlitzer to make the site safe for repairs.