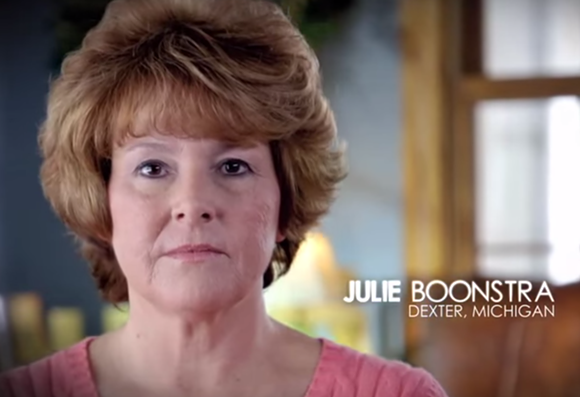 Election Day is tomorrow, meaning the punishing amount of campaign ads will come to a welcomed end.

One thing about campaign ads: They tend to be extremely misleading, willfully distort basic facts, and make the time between commercials of "The Blacklist" more painful to endure. Thankfully, the kind folks at the Center for Michigan and Bridge magazine enjoy slogging through the mud, separating fact from fiction through its Michigan Truth Squad arm.

In honor of the election season's conclusion, the Truth Squad took the time to recall 10 ads that earned its most critical ranking: flagrant foul.

One of the picks? An ad on behalf of the campaign for Brian Ellis, who ran in a West Michigan primary election against incumbent U.S. Rep. Justin Amash (R-Cascade Township). Amash won the race, but one particular Ellis' ad will live in infamy. Now pulled from YouTube, Ellis' ad called Amash "al-Qaeda's bsest friend in Congress," which the Truth Squad said "crossed a line, even for a primary fight."