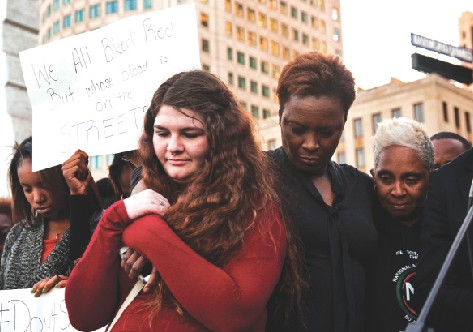 A walkout strike in protest of last week's grand jury decision in Ferguson, called #HandsUpWalkOut, will begin at 1:01 p.m. on Monday, Dec. 1 (the time unarmed black teenager Michael Brown was killed), with events planned in more than 30 U.S. cities. In Detroit, the walkout on Wayne State's campus will be held at the corner of Woodward and Warren, across from WSU's welcome center.

Post by WayneSLAM.
In August, hundreds gathered at Hart Plaza in Detroit in solidarity with other protesters. Read all about it here.