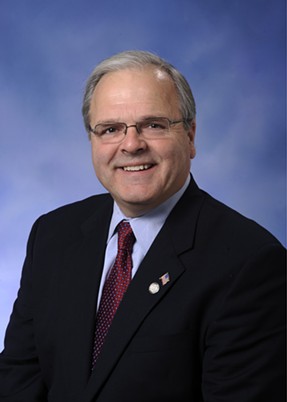 For any critic of the way Lansing has involved itself in Detroit’s decision-making process — think Belle Isle, imposition of an emergency manager, the level of state oversight established after Detroit exits bankruptcy — this may take the cake.

Members of the Detroit City Council want to ensure any future developer in the city who asks for a public subsidy, such as a tax credit or Detroit-owned property, will provide benefits to the community — benefits like jobs, low-income housing, and other economic opportunities.

They want to do this by enacting a Community Benefits Agreement (CBA); CBAs are legally binding agreements that ensure specific benefits to a community.

The CBA would work in Detroit like this: A developer asking for any form of a public subsidy would negotiate benefits into a CBA. The developer would be required to negotiate community benefits with any community where a proposed development worth at least $15 million is located. If the development is 100 percent privately funded, then they wouldn’t need to negotiate community benefits. They also wouldn’t need to involve the community if the value of the tax credit or property is less than $300,000.

We’ll note here that the ordinance, as it’s currently proposed, is accommodating to developers: If terms of a CBA can’t be reached with a community, then the developer can be exempted from the ordinance. No big deal.

Some state lawmakers, however, aren’t interested in letting Detroit enact such an ordinance. They want to take a stand to prevent the Detroit City Council from doing anything before it even calls a vote.

Under a bill proposed last week by state Rep. Earl Poleski (R-Jackson), Lansing will prevent Detroit not only from enacting the ordinance, but from requiring developers to directly engage with, and benefit, the community in which they are moving in to.

Isn’t that sweet? This is only the type of surprise development that can evolve out of Michigan’s twisted lame-duck session, that time after an election takes place, but before newly elected legislators take office in the new year.

Outgoing state Rep. Rashida Tlaib, a Democrat who represents Detroit, equated the move as the beginnings of a “dictatorship.”

“If local governments can’t have community benefit agreements or ordinances, then they are at the mercy of developers,” Tlaib said. “I’ve seen what happens in Detroit communities when developers come in and do whatever they want, and that’s why HB 5977 is such a bad idea.”

Mayor Mike Duggan’s office, which has come out opposed to City Council’s proposed ordinance, sounded a neutral tone on Friday, with a spokesperson telling the Hits that, “Our lawyers are just now starting to review it.”

That immediately called to mind a recent Detroit project that had local groups clamoring for a legally binding CBA: the new $450 million Detroit Red Wings arena near downtown Detroit.

Instead of reaching terms for local benefits through a CBA, the Red Wings owner, Mike Ilitch’s organization, negotiated a number of non-binding terms with the city as part of an agreement to manage the new facility: millions of dollars in infrastructure and landscape upgrades, $200 million in private investment, and upkeep of Cass Park.

Not only are those requirements non-binding, but the Ilitches also said they would appropriate 51 percent of the estimated 5,500 construction jobs on the project for Detroit residents, as required under a mayoral executive order passed in 2007. The executive order requires that a percentage of the workforce on construction projects be bona-fide Detroit residents — if the development makes use of any city tax dollars.

If those legal minds, like John Philo of the Sugar Law Center, are right, that executive order would be wholly irrelevant — and Ilitch’s promises of jobs and investment are empty.
That has to make you wonder: Why’s a guy like Poleski meddling in Detroit’s affairs?

Some sources told the Hits it was an effort pushed by the Detroit Regional Chamber, whose lobbyist gave written testimony in support of the bill last week. Poleski and the chamber certainly know each other: Though it’s a paltry sum, the chamber donated $250 to Poleski’s campaign during the 2014 election cycle.

Surprisingly, Poleski says he didn’t chat with the chamber, nor Duggan’s office, when he introduced the bill last week: The pol told Detroit Free Press columnist Nancy Kaffer over the weekend that with so few days remaining in the lame-duck session, he didn’t have time to consult with either party. As if politics is always spontaneously created.

“I suppose, if there had been a great deal of time left in the session, [consulting local officials] might have been a good tack, but there was just time to drop the bill and move forward,” Poleski told Kaffer.

Yeah, Earl, perhaps. (We appreciated the allegorical tone of the phrase “drop the bill,” like Poleski was dropping a bomb on Lansing. Perfectly fitting for Lansing during lame-duck season.) Those the Hits spoke with were stunned to find out Poleski’s anti-CBA bill was introduced without any warning or fanfare whatsoever.

So call us the crazy commies we are, but it seems like there’s more to the story here than some Republican deciding on his own that he needed to preemptively intervene before a local government can — quelle horreur! — enact an accommodating piece of progressive policy.

“If Detroit were to enact that ordinance, believing itself to have that power, why let that go on if it is clear from a state perspective that locals do not have that power?” Poleski rhetorically asked Kaffer. (Of course, Detroit doesn’t seem to have any power these days because politicians like Poleski work to keep it that way.)

Maybe so, Earl. But we’d just hate to find out in the coming weeks that there’s more to the story than what’s already risen to the surface.