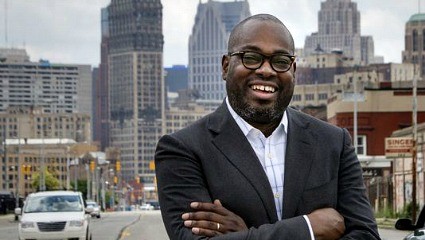 “I’m really excited to join WDET as host of Detroit Today,” Henderson said in a statement. “I've been a listener since I was a kid, and that listening will be key to bringing my brand of civil discourse and inquiry to the air with listeners all over the metro area and the state.”

The station has been searching for a permanent morning show host since Craig Fahle left his eponymously titled show on WDET after seven years in July to become director of public affairs and senior adviser for the Detroit Land Bank Authority.

“We are thrilled to welcome Stephen Henderson to the WDET team as host of Detroit Today,” said WDET General Manager Michelle Srbinovich, in a statement. “A Detroit native and resident, Stephen is a trusted voice and a fantastic listener who recognizes the value in informing, engaging and connecting Detroiters around the issues that matter most to our community.”

Henderson previously worked as a reporter at the Lexington (Ky.) Herald-Leader, the Chicago Tribune, and the Baltimore Sun, according to Wayne State. He covered the U.S. Supreme Court for four years at the Knight Ridder newspaper's Washington Bureau.