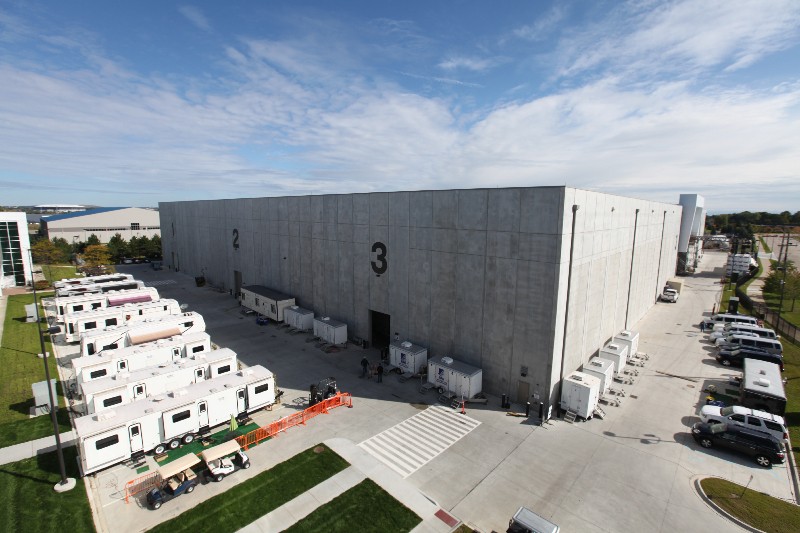 Last week, a proposed $25 million film incentive package was approved by a committee in the Michigan Legislature, but most of the money isn’t earmarked for Batman.

The highlight? Only $6 million of that package would be used for wooing film projects to the state; the remaining $19 million would be used to settle debt amassed by a state-of-the-art film studio located in Pontiac. Last year, the studio was used in the filming of Batman v. Superman.

The storyline pushed by the media was the possible impact that a reduction in tax incentives could have on the Michigan film industry. The Michigan Film Office was defiant, telling The Detroit News the industry would remain strong, despite the substantial cutback.

The move to appropriate a one-time $19.05 million payment to the State of Michigan Retirement Systems in the next fiscal year, meanwhile, hasn't drawn significant attention.

You may be wondering why the state would dole out a film incentive payment to pension funds.

That's because, under a 2010 deal hatched by then-Gov. Jennifer Granholm, a Democrat, the state's pension funds were on the hook for an $18 million municipal bond issued to support the construction of Pontiac-based Michigan Motion Picture Studios. (At the time, the studio was called Raleigh Studios Detroit.)

According to an analysis from the nonpartisan Senate Fiscal Agency of the currently proposed package, the one-time payment of film incentives to the Michigan Retirement Systems is "for obligations purchase, guaranteed, or payments incurred due to previous bond deals."

Terry Stanton, spokesperson for the Michigan Department of Treasury, confirmed the State of Michigan Retirement Systems (SMRS) made over $1 million in interest payments as a result of the guarantee for the Pontiac studio, with the last payment being made in January 2013.

The principal outstanding of the bond is $18 million, Stanton told MT, "therefore $19.05 million would resolve all obligations of the SMRS."

The infamous story behind the studio — backed by a group of investors that included A. Alfred Taubman, the late billionaire mall mogul; local construction guru John Rakolta Jr.; and entrepreneur Linden Nelson — has been extensively documented since its inception. Given that the state appears ready to step in and settle the unusual deal, it's a tale worth revisiting.

(Rakolta did not respond to a request for comment; an email was sent to Michigan Motion Picture Studios and a message was left at its office for Nelson. A message was left for a spokesperson representing the Taubman Company.)

The birth of the Michigan film industry's late-2000's heyday began in 2007, after Granholm met with an actor who urged her to "make Michigan competitive," as the Times wrote.

Eight months later, the capital of the flailing auto industry became the capital of film tax credits. For every dollar spent locally, filmmakers would receive almost half back from Michigan. That sort of money turns heads at even the richest film studios, and word spreads fast. Janet Lockwood, the director of the state’s film office, said that a week after the enhanced credits were announced, she was besieged at a movie conference in Santa Monica, Calif., by “the baby studios to the big guys.”


The following year, a group of investors, led by entrepreneur Nelson, spurred a drive to construct a movie studio in Pontiac, a city that was in a financial tailspin. According to the Times, the idea came to Nelson after his son, who attended the Cannes Film Festival that year, told him Michigan's film incentive program was the talk of the industry's mover and shakers.

By May, Motown Motion Pictures LLC was launched. That's when Rakolta and Taubman, who recently passed away, were brought onboard.

The trio was gung-ho about their endeavor. “I go into things to make money, but on this, I don’t really care,” Taubman told the Detroit Free Press at the time. "I just want to help create jobs."

The group purchased a shuttered General Motors factory for "virtually nothing," as Rakolta said to the Times.

To finance the project, the investors fronted $5 million collectively, according to Crain's Detroit Business. The rest of the $80 million studio's construction costs would be covered by federal and state tax credits and a $30 million loan from U.S. Bancorp. The facility's Pontiac property taxes would be almost entirely eliminated, thanks to a deal signed off by the city's then-Emergency Financial Manager Fred Leeb. From the Times:

Job creation became a point of contention with beleaguered Pontiac, which was being asked to waive virtually all property taxes for the studio. The investors claimed that thousands of people would be employed, but Mr. Leeb said that when he asked for job numbers to be written into the contract, the investors refused. “We started seeing some backpedaling,” said Mr. Leeb, who added that the negotiations featured “knock-down, drag-out fights.”


The Oakland County Economic Development Corporation would go on to issue $28 million in bonds, with the proceeds going toward the studio's construction.

This is where the pension funds come in.

Why the state pension plans were ever brought into the mix is a sore subject for many.

The fallout from the studio's financing is "a great example of why pension funds shouldn't be investing into those kind of development projects," says Louis Schimmel, Pontiac's emegency manager from 2011 to 2013.

The studio opened in June 2010 to great fanfare, with the production of Oz: The Great and Powerful, starring James Franco, set for the following spring.

That's when things went awry. Soon after, Republican Gov. Rick Snyder was ushered into the governor's office. He immediately set about reducing the film incentive program. From the Times:

The governor’s budget director, John Nixon, said in an interview, “States harm themselves by competing on tax credits.” The governor quickly began reining in the program.

Almost immediately, filmmakers pulled out of Michigan. The change hit hard at “Hollywood-land in Pontiac,” as Mr. Nelson sometimes refers to his studio, now called Michigan Motion Picture Studios. He said the makers of “Iron Man 3” had been considering filming there but opted for North Carolina after Mr. Snyder slashed incentives.


By February 2012, the studio — which has continually placed the blame at Snyder's feet for its financial woes — received a notice to make its first interest payment on the $18 million bond. It paid $210,000, only a third of the required $630,000 bill.

But apparently that wasn't of much concern to Taubman, Rakolta, and Nelson. In interviews with the Times, Rakolta and Nelson said they never considered personally paying off the bond. (Taubman's most recent reported net worth was $2.9 billion.)

As the Times put it, "A deal is a deal, they said, and the state agreed to cover the bond."

Snyder's office did not respond to a request for comment on whether the governor would sign off on the $19 million reimbursement to the pension fund.

Schimmel, a former municipal bond analyst, told MT pension funds should only invest in conservative deals — not in "fly-by-the-night" opportunities, "of which the film industry has to be one of the worst."