A Canadian visitor mugged in Detroit gets a nice surprise 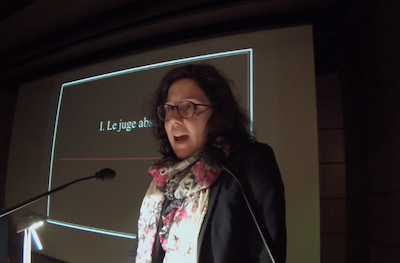 An unusual story comes to us from photographer Camilo José Vergara, who just got done with a trip to Detroit, which he has been photographing for more than 25 years.

While on the east side of Detroit, Vergara found a purse on a porch (CORRECTION: it was on the west side of the house) belonging to a woman he found out was recently mugged. He managed to find a friend of hers online and sent this message:

While driving slowly by 7823 East Canfield St. I found a purse containing two books, one by Murakami, and a Montreal library card belonging to Marie-Laurence Hébert-Dolbec. I looked carefully for credit cards and anything of value and didn’t find any. I realized that she had been robbed very recently, the books had not been rained on, and I became worried about her condition. An internet search on her led me to you and to a video of her discussing the Simpsons. I am a photographer living in NYC. ... Please let her know that if she wants her card back and her Murakami book I will be happy to mail them to her. I hope that the experience wasn’t too traumatic."

A short while later, a response came from Hébert-Dolbec:

What are the chances??? I was trying to take some good pictures of the old central station when I was attacked and robbed. Nothing broken, just a black eye and a missing bag & camera. It would be really kind of you if you could mail the things left back to me. Was my bag still there? ... You are truly awesome. Thank you so much and if you can mail so I can pay the fees, please do so.

Thanks for getting back to me Marie-Laurence. I checked through your billfold and found no money or credit cards in it. Your purse was there with two book, I took the one by Murakami with me. I also found 2 postcards and a Montreal Library card. The rest of the stuff including your purse, billfold, French book is at the address 7823 E. Canfield. You can see the ruined building on Google Street. If you don’t have a local contact I can ask someone to pick up the purse with the other things and send them to you, otherwise they will rot and became part of the new Detroit. I can send you the Murakami book, library card and the 2 postcards if you wish.

As far as we know, that's where the whole conversation was left. So if anybody happens to be walking by 7823 E. Canfield St., and finds a Canadian lady's purse nearby, we know where to send it along. It would certainly brighten her day.