Journeyman QB led team to its only playoff win since 1957. 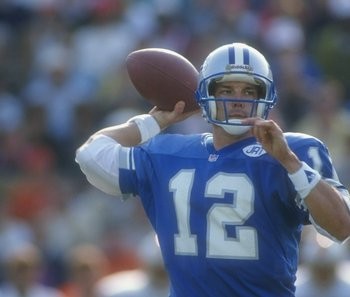 Former Detroit Lions quarterback Erik Kramer was injured Tuesday night by a self-inflicted gunshot wound, according to NBC News. The injury was initially reported as non-life-threatening.

Kramer, who in 1992 led the Lions to their only playoff win since their last NFL championship in 1957, was discovered by Los Angeles County authorities in a motel west of L.A., in Calabasas, California.

In 2011, Kramer's son Griffen died of a heroin overdose in Agoura Hills, California. He was 18 years old.