Dear Sirs: Octogenarian scammed of $14K in an elaborate ruse 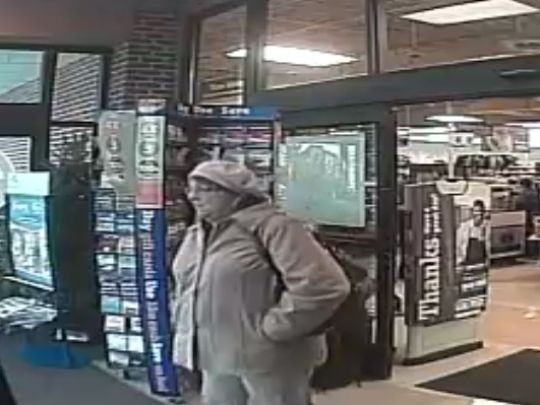 This is a pretty elaborate story —  four people (FOUR!) worked together to scam an 80 year old West Bloomfield woman out of $14K — and to be honest it is somewhat hard to fully follow (did we mention four people created this intricate, hour long plan).  That said we're going to do our best to relay it to you, because it is that nuts.

On Dec. 3 at around 12:30 PM, an 80-year old women was heading to her car after shopping at Kroger when she was approached by a women (We'll call "suspect one" Sue for the clarity of this tale). Sue asked the elderly woman if she had per chance lost her wallet. The victim said "No." Sue walked away.

About a minute later our second suspect, let's call her Brenda, approached our victim. Brenda asked the same question as Sue — "Did you lose your wallet in the parking lot?" — and produced, according to the Detroit News, "a bank-type bag holding a large amount of cash."

Brenda told the victim there was $100,000 (!!!) in the bag, and asked if the 80-year old could hang out in the grocery store parking lot to see if the owner of the $100,000 just happened to cruise back over to Kroger to reclaim their fortune.

Our victim agreed. Brenda walked away.

After our victim stood with the bag of "$100K" (likely not actually $100K) for a bit, Brenda returned. She had big news. According to her "boss" at CVS pharmacy which is located in the same complex as the Kroger (unclear if she actually works at a CVS) the money was procured via "illegal means," and best news ever, he said Brenda was allowed to keep the money because she found it. A little finders keepers bit going on.

Brenda of course wasn't selfish. She told the victim she could have $25K (for, we guess, being there and watching the money for a few minutes?). Brenda then told the victim how she planned to divvy up the cash. $40K for herself, $10K for taxes and another $25K for Sue (don't forget Sue) and over course $25K for the victim.

Okay, so hold up you may be asking yourself, 'I thought the elderly women was bilked $14K not given $25K.' There is more. Brenda proceeded to tell the victim that she needs an extra $30K to use a money scanning device at the CVS (whaaaat? THIS DOES NOT EXIST) to make sure the money wasn't counterfeit. Why she said she needed $30K to do this is totally unclear and frankly unreasonable, but we're going to ignore that.

Anyway, the victim agreed to drive Brenda to the CVS and also pick up Sue (where had Sue gone?). Brenda "explained" the situation to Sue when Sue got in the car.

Well, conveniently Sue just happened to casually withdraw $15K from the bank just now (Ah, that's where she went. Duh). Sue handed Brenda a big chunk of change (Likely NOT $15K). Brenda took the money and walked towards the CVS. She came back and gave "$25K" to Sue in exchange. 'Yes! I can donate to my church and provide for my fam,' Sue ecstatically announced — clearly a ploy to show our elderly victim you should do this too. Sue peaced with her "$25K" (which technically, if all this was even real, would only $10K, since she gave $15K).

Brenda and the victim drove to the victim's bank where she withdrew $14K and gave it to Brenda.

Brenda took the cash and then ... was "never to be seen again," Deputy Police Chief Curt Lawson, who is heading up the investigation, told the Detroit News. Lawson also updated the news on the status of the victim. "She cannot believe, thinking back and rethinking the situation, that she fell for this. These suspects were basically acting. They were very convincing to her. She’s embarrassed.”

Ugh. The whole thing is sort of nuts. And really depressing.