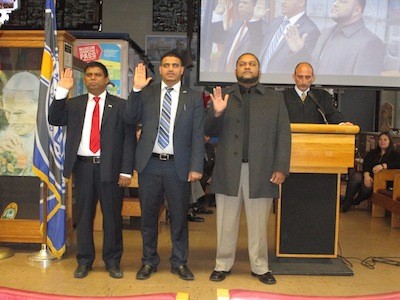 In November, the city of Hamtramck elected what’s widely considered to be the first Muslim-majority city council in the country. Overnight, the city of 22,000 found itself in a harsh media glare, with Islamophobe bloggers making unfounded statements about the coming of “sharia law,” and the mayor being asked on CNN if she was “afraid.”

All that was a distant memory at 1 p.m. yesterday, when the new members of Hamtramck’s world-famous Muslim-majority city council were sworn in at the Hamtramck Public Library. Council members Ian Perrotta and Andrea Karpinski joined Mayor Karen Majewski in a ceremony that saw incumbents Anam Miah and Abu Musa renew their oaths of office, and saw newcomer Saad Almasmari join the ranks. Councilmember Mohammed Hassan, whose seat was not up for election in November, was also on hand.

This may have been the most photographed inauguration in some time. It seemed a dozen flashes went off with every repeated line of the oath of office. And it made sense, given the obvious pride the men’s supporters take in gaining an important first in national politics.

And yet, most of the cameras were held by locals, not media. One reporter present said he was surprised there weren’t more media there. We’d go even further than that and say it was a shame more media didn’t show. It seemed like the perfect feel-good local news story on the sleepy Sunday after New Year’s Day.

What’s more, it provided a look at how this new council is starting off, and may have provided a corrective to some of the scare headlines and paranoid hallucinations that dominated the conversation two months ago.

We saw not a single protester outside. When one man came up to us in a ten-gallon hat passing out cards, we were ready to see an angry diatribe; what we actually were handed was a simple invitation to the event. To say the crowd was multicultural would be an understatement. Old-time Hamtramckans sat among newcomers attired in thawbs, saris, and kufis, as well as more typical American clothing.

It would have been nice if news outlets had shared even a few snippets of Mayor Karen Majewski’s opening speech, which acknowledged the rivalry of the election but expressed hopeful thoughts about Hamtramckans of all creeds coming together on what she called a “historic occasion.”

“Elections are often contentious and bitter,” she said. “Now the people with whom you’ll be serving are not longer your competitors but your colleagues. It’s your job our job to work with each other as partners in this common project to learn from each other to depend on each other’s knowledge and skills where our own are lacking. To respect each other even as we disagree. And to work through our differences in order to take action for the better good. In this we are uniquely joined to each other. … The future of Hamtramck must be our shared project.”

What’s more, news cameras should have been rolling to see Ann Moise sworn in as Hamtramck’s first female chief of police, and to see the supportive applause from Muslim attendees. Perhaps that might have cracked open a few frightened minds as well.

As longtime observers of Hamtramck politics know, it can often be a fractious scene, with sniping, antics, and lots of contention — and we’re sure to see that variety of fun begin soon. But yesterday was a day to celebrate the way immigrant communities can come into their own thanks to the electoral process. And despite what the fearmongers say, what’s more American than that? 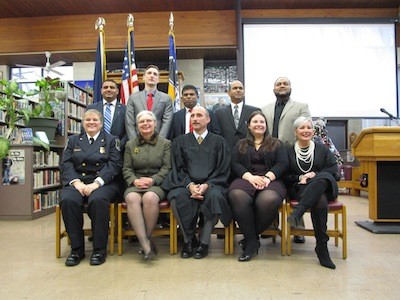 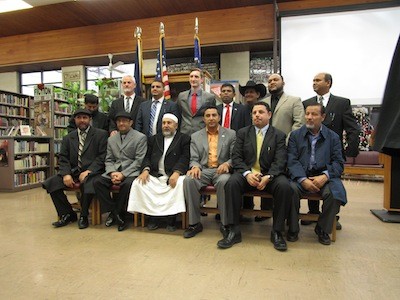 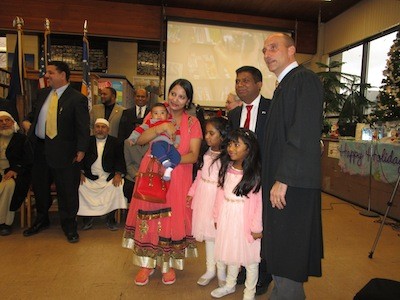