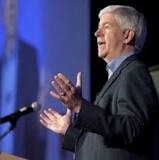 FEMA has approved emergency relief, which includes water, water filters, filter replacements and water test kits. According to a press release tweeted by the governor the period of assistance will last up to 90 days. Federal expenditures are limited to $5 million under the Robert T. Stafford Disaster Relief and Emergency Assistance Act and Lansing must match 25 percent of whatever aid is used. Congress can approve additional funding if/when the $5 million is exhausted.

"I appreciate the President approving my federal emergency request and supporting Flint during this critical situation," Snyder said in a statement. "I have pledged to use all state resources possible to help heal Flint, and these additional resources will greatly assist in efforts underway to ensure every resident has access to clean water resources."

President Obama denied the "major disaster" declaration request because under the Stafford Act a major disaster is defined as a natural event such as fires, floods, or explosions. According to the governor's press release the state is looking for loopholes to appeal. Good luck trying to argue this was anything but a man made disaster ;)

While much of America was watching the GOP debate Thursday night (you were watching, right?) Gov. Rick Snyder requested that President Obama declare Flint a federal emergency/major disaster.

According to a press release blasted out by the self-declared "Tough Nerd" at 11:32 PM on twitter, the requests aims to get "supplementary federal aid in the form of Individual Assistance and Public Assistance to help eligible residents and state and local government entities to protect the health, safety and welfare of Flint residents."

It goes on to explain that "If federal aid is granted, assistance can include grants for temporary housing and home repairs, low-cost loans to cover uninsured property losses and other programs to help people and businesses recover. Public assistance helps cover some of the costs incurred by state and local governments due to damage to public facilities and infrastructures, such as city schools and the water system."

The request will be reviewed by the Federal Emergency Management Agency (FEMA), who can assess how much aid should be allocated to Flint and make recommendations to President Obama.

“We are utilizing all state resources to ensure Flint residents have access to clean and safe drinking water and today I am asking President Obama to provide additional resources as our recovery efforts continue,” Snyder said in a statement.

The governor's request follows Wednesday's public health announcement that Flint has seen an uptick in legionnaires' disease cases and this may be a result of the switched water supply.

Nick Lyon, director of the Michigan Department of Health and Human Services, explained that between June 2014 and November 2015 87 Genesee County residents got Legionnaires' disease. In the four years prior there were only six to 13 cases. More shocking than this spike is the fact that ten people died from the disease in the 17 month period; potentially there were more people who died from legionnaires' disease in that year and a half than people who developed the diseases in the four year period prior.

While Lyon and Gov. Snyder maintain that they are unsure if the switched water source is directly responsible for the uptick, the researchers behind the Flint Water Study (aka the people who first recorded a spike in lead levels) are saying it's highly likely that Legionnaires' disease is a result of getting water from the Flint River.

In a January 13 post they explained: "A key hypothesis of our National Science Foundation RAPID grant is that the rapid corrosion of iron water mains in Flint would dramatically increase growth of Legionella in buildings."

Their map helps explain it a little better.

Anyway, so yay FEMA may be granting Flint money and resources. Boo, this entire thing was COMPLETELY avoidable. A man made disaster if we've ever seen one.