About those conflicting Detroit News headlines 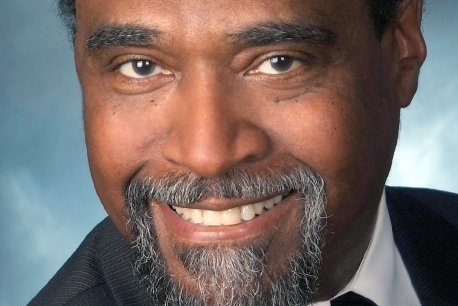 These days, you'd think any defender of emergency management must feel like a Christian Scientist with appendicitis.

You'd figure that one case in point would be the true believers over at the Detroit News. As my colleague Lee DeVito pointed out, just a couple weeks ago, the newspaper published a glowing editorial saying that emergency managers are "working" for Michigan's cities.

And then the international press piled on Gov. Snyder, and the paper's editorial board had to tack a bit in those shifting political winds.

Well, not really. You see, the editorial didn't condemn emergency management. You can bet your bippie the News editorial board still supports EMs 100 percent. Rather, it was a tactical shift: The problem with Earley is about perceptions. The column simply declared that, rightly or wrongly, Earley is tainted goods, which makes him ineffective at carrying out the diktats of the governor's office, notably a restructuring plan for DPS.

It's the old hammer-and-anvil routine. The hammer, in this case Earley, is damaged, and must be set aside. But the 500-pound anvil of emergency management must remain.

After all, barring the repeal of the emergency manager law, Earley will just be replaced by Gov. Snyder, as all DPS EMs have been replaced, just as their 18-month term is about to run out. (Another bit of trickery EM advocates don't often comment on: the way the governor is able to draw out a financial emergency for years by re-upping his EMs before their terms run out.)

No, the good people of the Detroit News' editorial board are standing by their man, in this case Gov. Snyder. But even if that domino falls, you get the sense the editorial board at the News will labor to ensure the EM law Snyder signed will live on.

And, despite how satisfying it is to watch the careers of Snyder and his cronies go down in flames, until that noxious law is finally wiped off the books, you can expect the same irresponsible behavior from unaccountable appointees. What happened in Flint isn't a story about how "something went wrong" or "incompetence" or how "a few bad apples" hurt people. What happened is a natural outcome of taking away people's democracy and instituting legally shielded bean-counters to govern by fiat.

A famous playwright once wrote, "The evil that men do lives after them."

Hey, with a little boost from our local right-wing paper, perhaps it can even vie for immortality.