Remember how we told you about the appalling statements made by Mitch Albom this past week? Well now we finally know what he actually meant, as told to Fox 2.

We've done the work for you and created this handy-dandy translation.

"First, I'll say I'd feel a lot happier about this if the woman took the money and gave it to charity. I always am suspect when people end up saying, 'well, I'm going to take [the money].'"

What he actually meant:

"In no way was my Sports Reporters comment about giving a settlement to charity meant to imply it would have made the accuser’s case more believable, or to tell her what to do with her money."

Ohhhh, ok then. Glad he cleared that up! 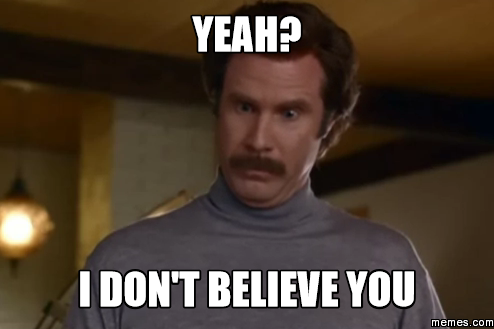 And then, similar to his shaming of Erica Kinsman's decision, he shamed the rest of us for shifting the spotlight.

"No comments, including mine, should ever shift the spotlight away from that, or from this terribly serious problem in our society. I hope that is where the focus will now remain."

Well, shit, Mitch. Shame on us then. But perhaps, and this is just a thought as we're no experts in the area of moral high ground (like Mr. Albom is), but maybe an apology would've been the way to go on this one. He's used to making those after all.