RIP Gil Hill: Here's the minute-long clip to remember him by 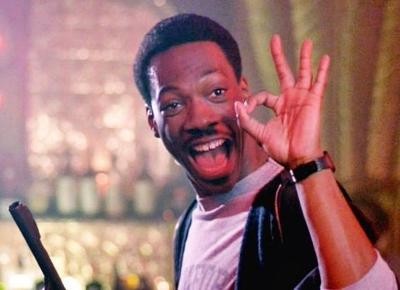 Mention Gil Hill to people in their 20s today and chances are you'll get a blank stare. That's a shame, too, because few people have had their life's story intertwine with the city of Detroit quite like Hill did. There are many other, excellent obituaries of Hill today, showcasing his talent as a detective, his role in the Atlanta child murders, his journey to a seat on city council, and an ill-fated run for mayor against Kwame Kilpatrick. Fifteen years after that mayoral run, it's intriguing to think what might have been different had Hill won against Kilpatrick.

Nevertheless, these are things that people who remember the actual events of those days will weigh in the wake of Hill's death. For the average person who's unacquainted with Hill's life, this 1-minute-and-41-second clip from 1984's Beverly Hills Cop will help anybody understand what a presence Hill had, and why he was so well-suited for a cameo in a motion picture about Detroit. He carpet-bombs Axel Foley, played by Eddie Murphy, with the F-word, in a performance that harks back to the rhetorical style of Mayor Coleman Young. (As Young once said: "Swearing is an art form. You can express yourself much more exactly, much more succinctly, with properly used curse words.")